50 Shades of Silly: Why ‘Grey’ Sex Isn’t All That Great 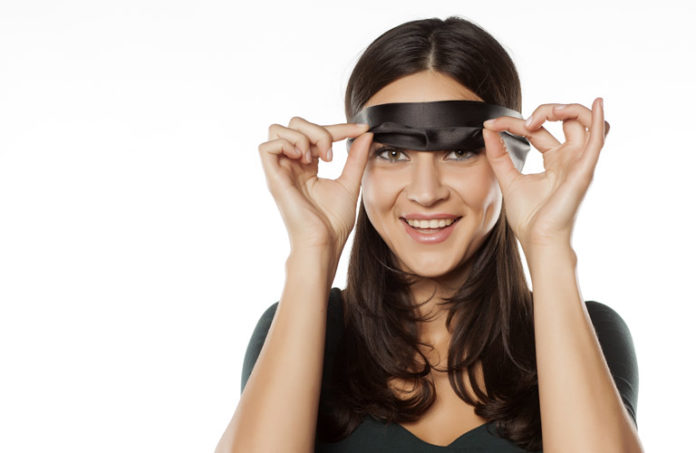 I (Josh) tend to be a contrarian, which means when marriage blogs got on an anti-50 Shades of Grey kick I kinda rolled my eyes and thought “we’ll never run something like that at Thriving Marriages.” And yet here we are with today’s anti-50 Shades post from Gary Thomas, because 1) being a contrarian isn’t a super noble attribute in a human and 2) today’s post is really good. The core problem with the 50 Shades series isn’t the kink, but a fundamentally misguided understanding of what healthy, liberated pleasure actually is. Hope you enjoy, and are maybe even inspired to experience 50 vibrant shades of healthy, God-centric sex with your spouse tonight. (Share this with them: you never know!)

I’m not into creating lists of “do’s” and “don’ts” that aren’t in Scripture. If anything, the Bible is relatively silent about such lists within marriage. It’s not my intent to disparage any appropriate act that a husband and wife enjoy in their private moments.

Yet every once in a while, popular culture comes up with yet another—let’s be honest—silly expression of sexuality that is supposed to make the rest of us feel like perhaps we’re missing out on something. So, with a little bit of fun and just a little bit of insight, let’s rethink what is being so celebrated this week through a poorly written trilogy and a major Hollywood release.

1. A man or woman who gets pleasure by giving you pain isn’t really someone you want to fall asleep next to, is it?

2. The way our brains operate, if you need pain to get sexually excited, that level of pain becomes normative and routine, so you have to increase the level of pain to get the same excitement. In a long-term, lifelong marital sexual relationship, that’s a problem.

3. When sex recreates past abuse instead of providing a healing alternative, it cements the soul in dysfunction rather than releasing the soul into healthy intimacy.

4. If your sex life requires a secret “back” room and you have kids, you better not be raising your children in a studio apartment.

5. When sexual relations require a hardware store’s worth of product, it’s evidence that the couple hasn’t learned how to use what they already have: their hands, their hair, their lips, their fingertips.

6. A woman who has been pleased and sexually served by her husband for many years doesn’t need handcuffs to surrender. Memories of past pleasure will hold her to that bed with a much greater force.

7. If a couple ignores the spiritual side of sex, their satisfaction in the bedroom is living on borrowed time.

8. Just about every wife wants to occasionally be “taken”—but by a man who has her pleasure in the front of his mind, not her pain.

10. It’s simply foolish to feel intimidated by or envious of the sexual relationship of a couple that requires a billionaire’s income and schedule to sexually excite each other.

11. Far more exciting than seeing a woman in a blindfold is when a man creatively pleasing his wife watches her eyes open wide in surprised ecstasy and then shut tight to enjoy the moment.

12. Daily kindness will get a woman in the mood far more certainly than sanitized metal.

14. When a woman is psychologically healthy, knowing that her husband won’t hurt her if she surrenders will pleasure her far more than the thought that he might.

15. A spiritual connection—knowing each partner is supported in prayer, and that both husband and wife bow their knees to God before they touch each other, gives spouses the spiritual freedom to surrender their souls, not just their bodies.

16. For long-term sexual satisfaction, a woman is pleased far more by knowing any “yes” will lead to her being carried away by her husband’s touches, not used by his demands.

17. The “scandal” of pure marital sexuality is that the “tools of the trade” are in full view for all to see—nothing has to be hidden because everything is already celebrated in the biblical Song of Songs.

18. Soul-satisfying sex without commitment is as real as chocolate cake without calories.

19. An abused man who expresses his hurt with violent sexual acts against a woman is “healed” by his sexual partner being willing and submissive? The last time that happened in real life was never.

20. True surrender comes when a wife knows that she can slide into her husband’s arms with the full confidence that he’ll soon make her momentarily forget everything bad going on in her life and feel everything good, not vice versa.

Read Next on Thriving Marriages  Does Your Husband Really NEED Sex?

22. While an occasional blindfold might be enticing, far more satisfying to a healthy wife is to see in her husband’s eyes how much he desires and adores her.

24. Healthy men and women want to be desired for who they are, not for the toys they can afford.

25. Watching or reading about an unmarried couple having aberrant sex doesn’t lead to a more exciting sex life; it leads to irrational dissatisfaction with normal marital sex.

26. Is this really how you want to define a fulfilling sexual encounter with your mate? “I survived. That wasn’t so bad. I’m more stoic than I thought.” (Yes, that’s a direct quote)

29. The best mark of fulfilling sex isn’t a bruise or a scratch—it’s that special glance between husband and wife two hours later.

32. If you think your “inner goddess” is found through sexual pain, you have a very tiny deity indeed.

34. A strong man isn’t looking for a young woman to dominate; he’s looking for a woman who inspires him, a partner to share life with, and a fellow parent with whom he can build a family.

35. As my friend Deb Fileta states, why walk the fine line between pleasure and pain when as a married couple you can give yourselves up entirely to pleasure?

36. If a guy is “fifty shades of [messed] up,” he’ll bring you far more misery than pleasure as soon as you step out of the bedroom.

37. Let’s be honest. If your lover leads you into a place that looks like the “Spanish Inquisition,” you’re in a horror movie, not a romance.

39. The best marital sex doesn’t require one man “training” a woman; it requires sharing and learning and growing together.

40. A woman who is truly cherished doesn’t need the comfort of a helicopter on standby to take her away at a moment’s notice; she rests in the comfort of knowing there’s no there other place she’d rather be than in her husband’s bed.

41. A wife who has been married for twenty years and who gives her husband an anniversary “present” he’ll never forget has a far more inspiring book to write than a virgin who gave herself away to become a controlling boyfriend’s semi-violent fantasy.

42. You have to use rough leather on the back only when you haven’t discovered the exciting power of kind words softly delivered to the ears.

43. Explicit or violent sex may make some people overlook truly deplorable writing long enough to read three books, but it won’t allow most women to overlook a truly deplorable relationship or man for more than three years.

44. Sex needn’t always be about conception, but when it’s never looked at that way, that’s when the couple is truly missing out on something pleasurable, powerful, wonderful and fulfilling, all at the same time.

46. The most effective tools of lifelong marital intimacy and interest between two sinful people are grace, humility and kindness.

47. When a lover tells you there’s a “fine line between pleasure and pain,” he’s making excuses; he’s not planning to fulfill his promises.

48. Proverbs 5:19 prays that a man might be ever captivated by his wife’s love, not enraptured by her pain.

49. Would a man who truly cherishes a woman’s body ever want to leave a mark on it?

50. When the husband in Song of Songs declares that his bride’s “lips drop sweetness as the honeycomb,” (4:11) he found that out from kissing them, not from biting them.