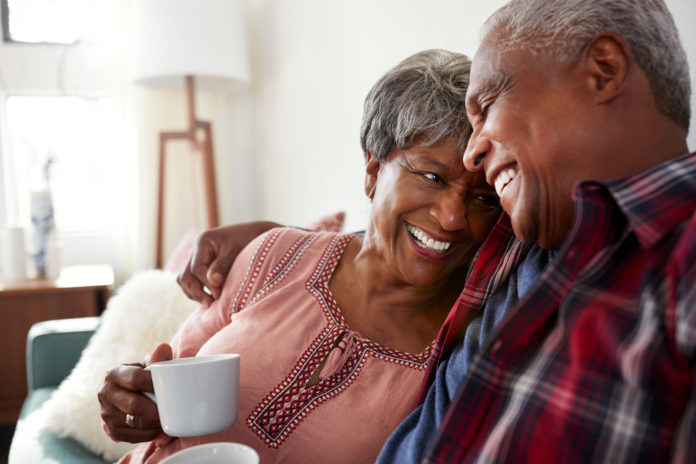 What do you do if touch isn’t your love language–but others in your family crave touch?

On Mondays I like to put up a reader question and take a stab at answering it–sometimes in a post, and sometimes in a video. Today I had a question that I also answered a few years ago, and I’d like to address it again.

Basically, teaching our kids appropriate relationships with the opposite sex pretty much requires that you show some affection towards both your kids and your spouse. They need to see healthy relationships, and they need to get some affection from you. And sometimes family members have touch as a love language, and they need you to be physically affectionate. But how can you be more affectionate to your spouse and your kids if you’re just not a “touchy” person?

I have never been very huggy, kissy, and feely. It makes me uncomfortable. Even with my husband. Now sure why this is. But he is very touchy. Not just sex, but just touching, hugging, and kissing. Any ideas on how to enjoy touching? How to get rid of that uncomfortable feeling? How to be more affectionate, to enjoy being together?

Here are some thoughts I wrote back in 2012 (with some updated funny family pics!). And stay tuned for something really funny at the end:

1. Recognize how Important Touch Is–whether or not touch is your love language

Well, it appears that human contact through hugs lowers blood pressure and reduces stress, which cuts the risk of heart disease. Hugs have also been shown to improve overall mood, increase nerve activity, and a host of other beneficial effects. Positive physical touch has an immediate anti-stress effect, slowing breathing and heart rate.

Here’s how it works. When you touch and hug, your body produces oxytocin, the bonding hormone that makes you feel closer to someone, and that also reduces blood pressure. So hugging is a good thing!

I have seen these stats before, but I don’t know where they originate. However, I’m pretty sure they’re right:

If we know hugs are that important, then it’s easier to start “embracing” the idea–and the practice!

2. Be Deliberate About Hugging and Showing Affection

Now that being said, I’m not really a touchy person on average. I’m always touching my husband, but I don’t hug friends very often (though interestingly I have no problem hugging business/speaking acquaintances I don’t see very often. Weird). I have to make a point to remember to hug my mom. I have noticed my older daughter Rebecca getting like this, too. While she touches her own sister a ton, she doesn’t really instigate hugs with me or with her dad. She hugs some friends, but she’s not overly touchy.

My younger daughter Katie, on the other hand, is a total touch person. Can you see the difference?

A few years back, probably when Becca was about 11 and Katie 9, I realized that I touched Katie a lot more than I touched Becca, because Katie will instigate it. So I made a point of starting to touch Becca more, and it really does help.

I just tell myself, several times a day: it’s time to hug Becca. Or, when she walks by me, I stroke her hair, or pat her hand or something. I just reach out and touch. It’s not entirely natural to me, but I make a point of it because I know we both need it.

Let me tell you about a friend of mine that we’ll call Dana. She grew up in a house that didn’t touch, and so for her, it’s not a natural instinct to touch people. But her husband and her son definitely have touch as their primary love language. So she’s taught herself: When my son is on the couch, sit beside him and rub his back. Or remember to hug my husband when he’s standing in the kitchen.

She found it strange, but she now finds that she really enjoys touch. It’s still not second nature, but she’s proud of herself. And you can do it, too!

Sometimes what it takes to be more affectionate is simply telling yourself: “every time I see my son do X, I will reach out and hug him.” Or, “every time I’m walking with my husband I’ll take his hand.” You’ll have to figure out situation-specific times when you will reach out and touch, because you’re unlikely to just think to do it. But as you touch more, you’ll likely find it easier.

Of course, touch can also be difficult when the person that you’re touching isn’t particularly affectionate, either. But don’t let awkwardness stop you. I have known adults who decided, “even though my dad has never hugged me, I’m going to start hugging him.” And he resisted at first, but eventually he found he really liked it. So push past the awkwardness, because physical touch does add a lot to a relationship.

Look, some people just aren’t that touchy. I’m only touchy in certain situations; in others I’m not touchy at all. There’s nothing wrong with not being particularly touchy. But sometimes it’s  not just that touch isn’t our natural instinct; it’s that when we do touch it causes panic, or discomfort, or anxiety of some sort. That seems to be the case with our commenter, who said that she just doesn’t enjoy touching, and her husband does, and she finds it uncomfortable.

Again, this doesn’t mean that you’re necessarily neurotic or that something’s wrong with you. But honestly, if it is a big issue, then perhaps it’s worth looking into and praying over the issue about whether you have a real need to be in control. Some people really want their personal space, and they don’t want others to invade it, because then they feel panicky. They need their independence and their illusion that they are in control and thus safe.

If that’s the case for you, praying through this is likely a good idea, because it could be hindering your ability to form great relationships. Most people, even if they’re not particularly “touchy”, can learn to touch if they put their mind to it. If you find that you can’t, then the issue may go a little bit deeper. I’d suggest just starting out with small things, like holding your husband’s hand, or cuddling with your child at night. And then build up to more. But at the same time, really pray and talk to someone to see if there are some issues that need to be dealt with.

Whatever you do, though, don’t just use the “touch isn’t my love language, and that’s not a big deal” line.

Sure, you may not want to touch much, but touch is good for you, and even if it’s not your love language, you can learn to touch, and everyone will benefit from it.

What if it’s your spouse who doesn’t have touch as a love language?

I also received another question from a reader, who asks from the opposite perspective:

My husband and I have a great sex life, about 3 times a week, though I’m the one with the higher libido. My husband is very good at helping at home, with the baby, and with using words (such as I love you, with a kiss). However, he really does not like to cuddle or be physically affectionate, other than the bedroom. Even in the bedroom, it tends to be get the job done, with little interest in petting or deeply intimate affection.

I truly love him and have no complaints about our sex life or his helping with other things. But I LOVE to cuddle and be non sexually affectionate. I generally give him the space he wants, but after days of not seeing each other because of work, sometimes I need a long time to cuddle and rest with him and not just have sex and move on. We’ve talked about it, and he will cuddle occasionally for a few minutes, but it’s not often. How do I explain to him that I need that time of just non sexual but touch intimacy?

They have a great marriage, he does care for her, but he’s not particularly affectionate. In this case, I’d suggest asking him to start some new habits, like my friend Dana did. Ask him to try this:

Giving someone a time prompt, like “when we” or “before we”, helps so much. Telling someone “I need you to touch me more” is harder to do. But asking them, “when we do this, can you do that” seems more manageable. For most people without the love language of touch, it’s not that they’re deliberately avoiding you. It just doesn’t occur to them. Make it into a habit, and it’s more likely to happen!

And if you still have trouble with this, my book 31 Days to Great Sex has challenges on being more affectionate and flirting more. If your spouse doesn’t “get it”, working through a challenge that acknowledges how important it is for some people, and suggests prompts to help you be more affectionate, may they key to working it into your family, too!

I originally wrote a version of this post back in 2012. And when I looked at it to update it, this part made me laugh:

“Let me tell you about a friend of mine that we’ll call Dana. She grew up in a house that didn’t touch, and so for her, it’s not a natural instinct to touch people. But her husband and her son definitely have touch as their primary love language. So she’s taught herself: When my son is on the couch, sit beside him and rub his back.“

I had totally forgotten about that conversation I had with “Dana” back then. But it’s ironic that I would be talking about “Dana’s” son’s touch love language. Because it really is quite evident, isn’t it? Allow me to introduce you to “Dana’s” son:

Yep. Six years after I wrote that post, he married my daughter. And Darcy (aka Dana) is now an even better friend of mine!