HomeConflictWhy The Hugely Popular Book "Love & Respect" Could Be Harmful to...
ConflictFeatured 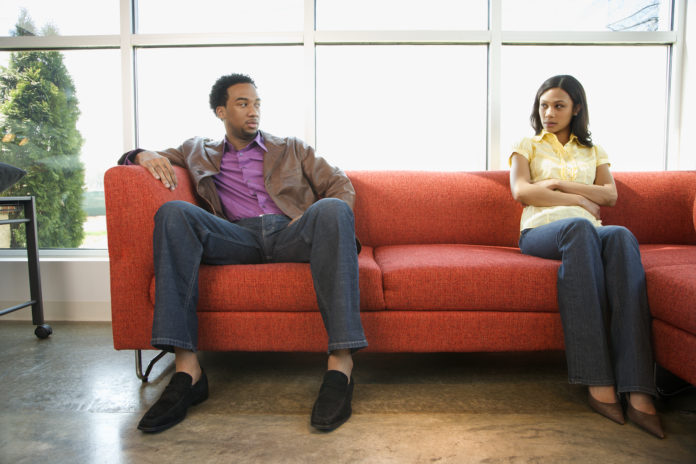 When I was first married, sex hurt. And I felt terribly guilty about that.

Have you ever looked back on your younger self and thought, “what in the world was I thinking? Why did I do that?”

I have. And there are parts of me, deep parts, that I am still trying to figure out.

Last month, when I wrote my review of Love & Respect, and saw how that book presented sex as solely about a man’s physical release, a lightbulb went off inside of me, and a little bit more healing happened. The book itself didn’t heal me (far from it; I feel that the book is dangerous); but instead, by recognizing the utterly false doctrine that I had unwittingly picked up, I understood more why, when we were first married, I felt that my pain did not matter.

A few weeks ago a reader sent me a link to an amazing article about how the price of men’s pleasure so often is women’s pain. It looked at how, for women, sex is often uncomfortable, painful, or coercive, and what is considered “bad” sex to men is merely boring sex, whereas “bad” sex to women is far more harmful. And so men really have no frame of reference for a lot of what women go through.

The article was mostly written about sex outside of marriage, and it’s easy to think that that article really has nothing to say about Christian marriages. But I’d like to tell a little bit of my story–even more than I revealed in The Good Girl’s Guide to Great Sex and in 9 Thoughts that Can Change Your Marriage–because it’s only recently that I even began to recognize why I did some of the things I did. So here goes.

As I have shared at length, our honeymoon night was awful.

We couldn’t even consummate our marriage because it hurt so much. I was beside myself. Keith was disappointed, and I was panicky. I was crying. I was devastated. And the next morning, before we left for our honeymoon getaway, I was determined to do this thing.

And we did. I grit my teeth and cried all the way through.

Over the next few weeks and months that pattern continued–I grit my teeth and cried and swallowed my pain every time we had sex.

But here’s what I want you all to understand: Keith was not guilting me into having sex. I was forcing myself to.

Keith has his own stories about what was going through his mind at the time, and that’s for another day (and he shares that a lot in our marriage conferences). But looking back, I know that I was the main instigator of making sure that we had sex, even if it hurt me.

When I started seeking counseling, they told us that we should take some time off of sex, and just do other things to have fun while I worked on what was causing my vaginismus. I couldn’t do that. I remember sitting on a couch in front of a counsellor, who gently said that the best thing we could do for our marriage was to pledge that over the next few months, we wouldn’t try intercourse. We would just do other things while we worked at getting to the root of the issue. He was kind. His voice was soothing.

And my my heart beat wildly. I could feel the panic rise. I broke out in a cold sweat. How could I go several months without having sex with Keith, even if sex hurt? I just couldn’t do that. We had to keep trying.

When I read the book Love & Respect last month, I finally understood why I was determined to do something that hurt me.

I grew up hearing the same message:

And I desperately, desperately needed to feel loved. And not just that, but:

your husband has sexual needs that you, as a woman, can never, ever understand. He needs it so badly, in a way that you totally will never relate to. You just have to trust us on this, ladies. He really, really needs it.

If we don’t have sex, Keith will leave me. He won’t feel loved. This won’t be a real marriage.

Ultimately, I believed that whatever pleasure or physical release that Keith got from sex was far more important than any pain I was feeling.

His needs were more important because, as a woman, I could never, ever understand them. They must be so overwhelming that they would dwarf anything I was feeling.

Read Next on Thriving Marriages  Do You Know Your Marriage's Superpower?

Too often we hear sex portrayed as being about a husband’s physical release, so that her experience is completely irrelevant. Love & Respect erased women’s pleasure, or even women’s comfort, from the equation. It said that there was never a reason to say no.

I believed that. And at the same time, I was so, so hurt by it.

(To reiterate, Keith felt really awful about this, too, and it was he who often put the brakes on things, far more than I did. But I was desperate to have sex work, and I often pressured him, because otherwise I felt like I would be a bad wife).

I want to go back to that young, 21-year-old wife and give her a different story.

Last week I talked about how the “do not deprive” verses are often used to pressure women into giving husbands sex–even though women are the ones who are more likely to be deprived of sexual pleasure. We read those verses wrong. They’re not about a husband’s lust; they’re supposed to present an even-handed look at sex.

But the main message from the Bible is mutual. “Do Not Deprive” is written as complete mutuality, with equal and identical concern being shown to both people. “It is better to marry than to burn” is addressed to “the unmarried and to widows”–so it seems to be talking to women who may have passions. In the Old Testament, sex is referred to as a “deep knowing”, a deep intimacy that is about both of you feeling connected to each other. It’s not a one-sided taking.

It’s supposed to be great physically, emotionally, and spiritually.

Check out The Good Girl’s Guide to Great Sex!

But in all of that, the bigger picture must never be forgotten, and it must never be subordinated to a much smaller message. Sex is about both of you. Both of you matter.Both of you should give and receive; both of you should feel loved and cherished. If those things are not true, then something is off. And it’s more important to figure out what is off than to just keep going through the motions, thinking that this makes your marriage biblical and godly, like I did.

You matter. Your spouse matters. Now let’s figure out how we can have a sex life which honors both of you.

Share
Facebook
Twitter
Pinterest
WhatsApp
Previous article
The 3 Biggest Obstacles to a Healthy Marriage, and the Tools To Overcome Them
Next article
Silence Isn’t Always Golden. Your Marriage Needs Your Voice
To Love, Honor, and Vacuumhttp://tolovehonorandvacuum.com
RELATED ARTICLES
Communication