HomeCommitmentIs Your Marriage in Danger of an Emotional Affair?
CommitmentFeaturedSex and Intimacy

Is Your Marriage in Danger of an Emotional Affair? 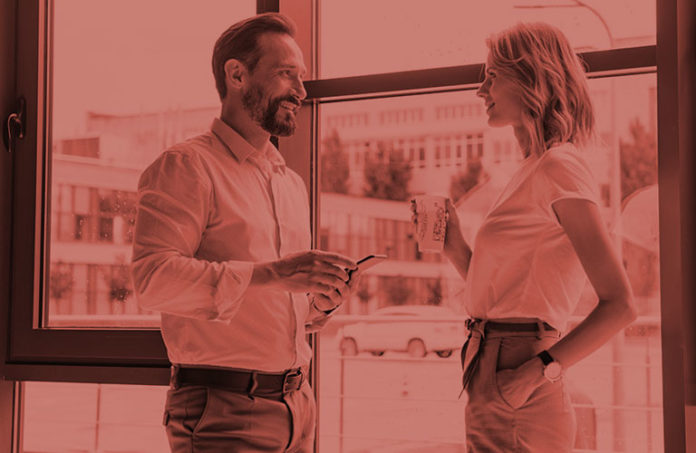 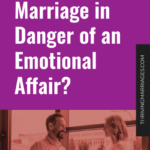 The American Association for Marriage and Family Therapy says national surveys indication 15 percent of married women and 25 percent of married men have had extramarital affairs. When you include an emotional affair without intercourse, the percentage goes up another 20 percent!

(source: The New York Times, “When a Partner Cheats,” https://www.nytimes.com/2018/01/22/well/marriage-cheating-infidelity.html)

Yes, you read that right. Affairs don’t always involve sexual intercourse. A husband or wife can be unfaithful without that.

There is such a thing as an emotional affair, as opposed to a physical affair where sex is involved. You can indeed be unfaithful without having a sexual relationship.

We hear about this far too often. There is a concept that we talk about at our conferences—guarding your spouse’s heart by praying together. However, when a person outside of your marriage union is trying to attach to you by praying for you, he or she is trying to connect emotionally. We say that the person is not “praying” but “preying”—and you are the target. That’s how Christians so often get drawn in. They think they’re having this spiritual connection and that it’s pure, but too often the emotional wiring overloads and suddenly they are in a full-fledged affair. Even if sex has not occurred, the violation of the marriage is just as strong.

Years ago, a book titled Temptations Men Face described twelve steps to an adulterous relationship. The first ten merely lead up to step eleven—and none of the first ten involves sex. Instead, those first ten steps erode a man and woman to the point where they step into the sexual relationship at step eleven. It starts with a sense of readiness and alertness of another person, and then surprise meetings, then planned meetings, then non-affectionate touch, then passionate embracing. Step eleven is capitulation; that’s where the intercourse occurs. It’s important to understand that by the time the first ten steps have occurred, it’s not a big leap from ten to eleven. Step twelve then is the acceptance of the affair.

Read Next on Thriving Marriages  The 4 Common Mistakes Newlyweds Make

Let’s take a look at the steps to an emotional affair:

We always want to base everything we say in God’s Word. Matthew 5:27 says, “You have heard the commandment that says, ‘You must not commit adultery.’ But I say, anyone who even looks at a woman with lust has already committed adultery with her in his heart.” Jesus warned that the first look begins the connection that can eventually lead to emotional unfaithfulness and finally to full-blown adultery.