HomeCommunicationHusbands: God Doesn't Want You to Change Your Wife
CommunicationConflictFeatured

Husbands: God Doesn’t Want You to Change Your Wife 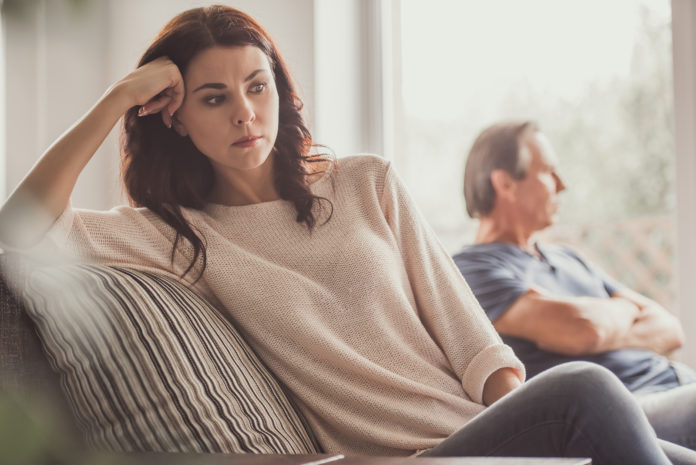 I’ve been asked several times by husbands, “Gary, what do you do when Sacred Marriage doesn’t work?” At first, I was confused by the question. What did they mean by “work?” When pressed, they eventually came around to mention that their spouse hadn’t changed. They bought a book that purports to teach us how God can help us grow through marriage but expected it to be about how God can use us to change your wife.

If I may be so bold, the message in Sacred Marriage is revolutionary. It was when God first convicted me with it, and it remains so today. It’s so revolutionary, in fact, that I have to be reminded of it at least three times a week to maintain its focus.

If you will embrace and believe its truth, however, you will never look at your marriage in the same way again. And you will never complain that Sacred Marriage doesn’t work.

The message—that God uses marriage, in part, to help us grow—wasn’t discovered by me and isn’t owned by me or unique to me. In his book (which I’m happy to recommend) Louder than Words: The Power of Uncompromised Living, Andy Stanley recounts a conversation with a man that mirrors several conversations I’ve had about the purpose of marriage.

Here is what Andy writes…”A fellow who was having trouble in his marriage came to see me for advice. For forty-five minutes he told me all the things that were wrong with his wife. If half of what he said was true, he had every right to complain. He was a Christian, and he knew everything the Bible had to say about marriage. He was especially well-versed in the portions dealing with wives and submission.

When he finished, I asked him, ‘How can I help?’

‘Tell me what I should do.’

‘What do you think God wants you to do?’

‘I don’t know. I’ve tried everything.’

‘What do you mean, you’ve tried everything?’

He went on to tell me all the things he had done to ‘help’ his wife.

When he finished, I said, ‘I get the impression you want to change your wife.’

As we talked further, it became evident that this biblically astute believer was operating from several false premises.  Assumptions he wasn’t even aware of. Assumptions that contradicted several passages of Scripture he firmly believed. But the truth of these passages never made their intended impact because of the undetected, covert lies that were warping his mindset.

False Assumption #1: As a husband you have been given the responsibility to change your wife. That’s what he actually believed. And since he believed that was true, he acted on it—which only made the problems worse. The truth is, God has not called men to change their wives. He has commanded us to love them.

The interesting thing was that this man could quote the verse about husbands loving their wives. He knew it. He just wasn’t operating from it. He said he had tried loving her. ‘I’ve tried being nice and sweet and patient, and nothing changed!’ This brought to surface another false assumption.

False Assumption #2: Love is a tool, and if it doesn’t get the job done, it’s okay to use another tool. He tried loving her to get her to change. And when it didn’t get the job done, he put down that tool and picked up another. But love isn’t a means to an end. Manipulation is a means to an end. And when love is used as manipulation, it isn’t love.” (End of Andy Stanley’s excerpt.)

Let’s be honest. There is a natural but near-demonic bent in us that redefines love as manipulation. I’ll do this for you, but then you have to respond the way I want you to. We’re like the Godfather who told the “beneficiaries” of his “generosity,” “There will come a day when I will need a favor from you…”

It sounds so evil to hear a crime boss utter those words. When the very same sentiment comes from our mouths, however? Well, we define that as “marriage.”

I’ve just finished and sent to the publisher the manuscript for my next book: When to Walk Away: Finding Freedom from Toxic People. One of the key insights for me personally in doing that study was comparing the generous, no-strings attached love of God who invites us to freely make wise choices, with the controlling, manipulative actions of toxic people. Control and manipulation are tools of toxicity, especially if you are trying to change your wife. They are doubly dangerous when we try to redefine them as caring and loving.

Let’s be ruthless and honest regarding our motives in marriage: and trying to change your wife. Are you loving your spouse, or are you trying to manipulate her? Are you trying to turn her into “love me like I want to be loved” machines, or are you partnering with God to help her flourish as the people God created them to be?