HomeCommunicationWatch Your Tone! Say Things In a Way Your Spouse Will Hear
CommunicationConflictFeaturedTrust

Watch Your Tone! Say Things In a Way Your Spouse Will Hear 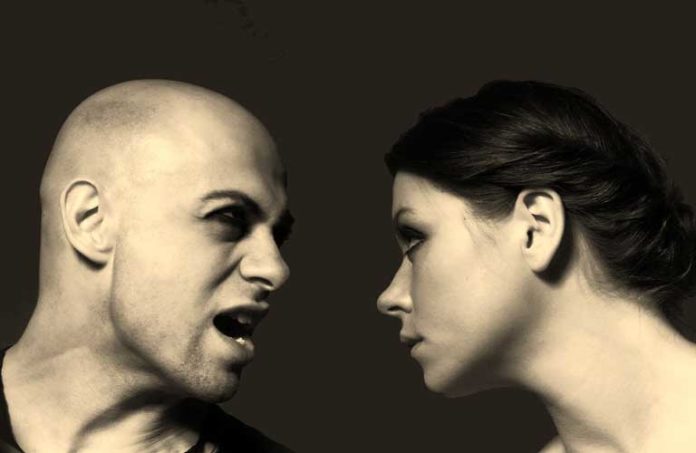 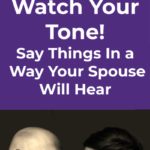 When it comes to communication, even more important than words is the tone that accompanies them. You’ve most likely heard the phrase, “It’s not what you said; it’s how you said it.” It’s another version of what your mom told you growing up: “watch your tone!” That’s a very true statement connected to tone. If you want to succeed in your marriage communication, you’ve got to make sure you don’t become tone deaf.

Couples who don’t consider the advice of “watch your tone” are not careful with their communication tone in marriage can quickly become “tone deaf.” When our words (even when truthful) are delivered with a negative tone, it triggers a different reaction than if we had used a positive tone. For example, the statement, “We are going to be late” may be a factual one, but where that statement becomes ugly, hurtful, and primed-for-argument is when it’s spoken in a condescending tone. Watch your tone! These words of truth, “We are going to be late” can come out sounding like, “We are going to be late and it’s all your fault and you do this all the time and I’m sick and tired of being late because you can’t get it together.” Six words of fact, and twenty-six words added by the recipient because of the tone. Tone matters.

As you pause to think about your own communication patterns, you must learn to pay special attention to the fact that it’s not just the words you use; it’s also the tone that projects your words. Watch your tone! Sarcasm, shaming, pessimism, negativity, whining, and insincerity are really more about tone than words. Rolling your eyes, shaking your head, and shrugging your shoulders are obviously forms of nonverbal communication, but they can definitely serve to enhance a negative tone.

Whether you watch your tone or not, your partner certainly will. Your partner may barely hear your words but will absolutely hear and feel your tone. The reaction to tone is usually defensive. I remember an evening when Cathy was running late and I was frustrated and sad, “If I knew you were going to be so late, I could have stayed at work longer and got something done instead of just waiting around here. Didn’t you tell me to be home right at six o’clock for dinner?” Again, each of these comments was true and a statement of fact. But that didn’t matter because they were delivered with intent to wound with guilt and shame. Let me just say that dinner wasn’t as good as it could have been had I simply held my words and especially my tone. Sadly, the issue that caused the tension wasn’t Cathy being late—it was my tone. What’s even worse is that I would have never used that tone with someone at work or even a stranger, but I expressed it with the person I love the most in the entire world.

As you better educate yourself on tone, you’ll learn some common triggers that typically spark an atmosphere to turn negative. When you figure out what your triggers are, you’ll need to discipline yourself to keep them from being triggers. What are the triggers in your marriage relationship that move the tone toward the negative? Once you know what brings you down, you can do a much better job of watching your tone, and this in turn, will lead to better communication and more positive atmosphere in your marriage.

(Adapted from Getting Ready for Marriage by Jim Burns and Doug Fields.)