Understanding the Mind of the Man you Married 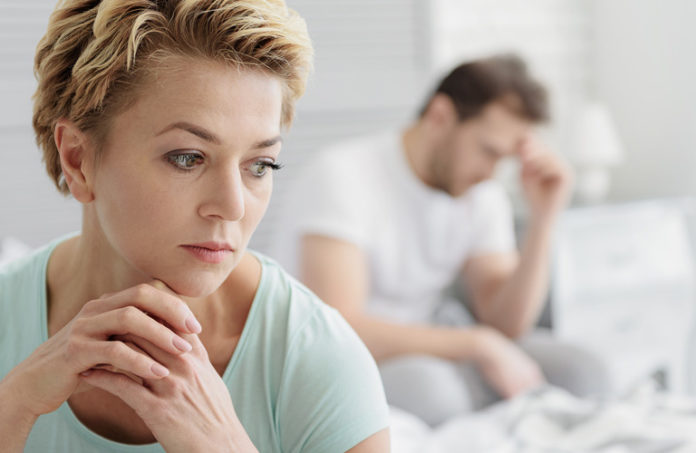 Did you know men and women think differently? I KNOW. Surprising. Turns out there’s a perfectly logical, scientific explanation, and today’s post from Gary Thomas explains what that means for your marriage. Men: this is a great article to share with your wife. Women: if your husband is a bit relationally tone deaf (or just plain deaf), this will help you understand why, and why that’s actually a BENEFIT to your marriage. Enjoy!

Many marital problems arise not because of an issue between a specific couple— say, Jack and Jill or Larry and Sherry— but because of a breakdown in understanding between a male and a female. In the next three posts, I hope to offer wives some insight into the intricacies of the male mind so you’ll learn how to better communicate and live with your husband. But there will be plenty of helpful information for husbands to understand themselves, so men, please stick around!

The last several decades of neuroscience have demonstrated that well before a baby comes into this world, while it remains safely tucked inside the mother’s womb, the brain of a male baby gets bombarded with testosterone, while a female baby receives greater quantities of female hormones. Between the third and sixth month of that unborn baby’s life, hormones begin to shape the tiny brain, influencing how that individual will interact with the world. Yes, males receive some female hormones, and females receive some testosterone, but the quantities of these hormones (males have up to twenty times more testosterone than females; females tend to have much more oxytocin than males) will stamp that child’s brain by the sixth month of pregnancy—three months before any mother or father has a chance to “socialize” it.

The male brain therefore functions much differently than the female brain. Dr. Louann Brizendine, who studied at Yale and Harvard and is now on the faculty of UCSF Medical Center, states, “The vast new body of brain science together with the work I’ve done with my male patients has convinced me that through every phase of life, the unique brain structures and hormones of boys and men create a male reality that is fundamentally different from the female one and all too frequently oversimplified and misunderstood.”

While our brains are more “plastic” (that is, moldable) than we used to think and therefore susceptible to socialization, according to Dr. Brizendine, “male and female brains are different from the moment of conception.” Since brains develop by degrees, stereotyping can lead us astray, but certain things tend to be true. For example, male brains usually have less serotonin than female brains. Since serotonin calms people down, men are more likely to act explosively and compulsively. Surprised? Probably not.  (Of course, as I’ve said repeatedly on this blog, this doesn’t excuse or diminish abusive behavior by a husband. I’ve addressed this here: “Taking Non-Physical Marital Abuse More Seriously http://www.garythomas.com/marital-abuse/, here: “God Hates Domestic Violence” http://www.garythomas.com/god-hates-domestic-violence/ and here: “Enough is Enough” http://www.garythomas.com/enough-enough/, among other places.)

Here’s another example. Men also have less oxytocin in their brains. Oxytocin has been called the “cuddle chemical” as well as the primary generator of the “tend- and- befriend” instinct. In general, the more oxytocin someone has, the less aggressive he or she is likely to be. On the positive side, more oxytocin usually means more empathy, making the person more likely to notice how you’re feeling and more likely to inquire about it.

Read Next on Thriving Marriages  3 Golden Rules For Rekindling Romance

Why is your husband less likely to tune in to your emotional pain and verbalize his concern than, say, your sister or your best friend? His brain doesn’t work the same way a female brain does; it just doesn’t occur to him to connect his affection with verbal inquiry. The “mirror- neuron system” of your husband’s brain, which Dr. Brizendine calls the “ ‘I feel what you feel’ emotional empathy system”— the system that helps a person get “in sync with others’ emotions by reading facial expressions and interpreting tone of voice and other emotional cues”— “is larger and more active in the female brain.”

Remember, this is true not only of your husband in particular; it’s true of men in general. Be careful that you don’t fault or resent your husband for being a man!

If you want to motivate your husband and communicate with him, as well as enjoy a fulfilling marriage with him and raise healthy kids with him, stop expecting him to act or think like a woman. He can’t do that. Nor should he.  I’m not saying empathy doesn’t matter. As I write in Cherish, “Emotional abuse is also the withholding of love, encouragement, and support. It can be a sin of deprivation every bit as much as a sin of commission.” But as you’ll see in the next post, the way a man expresses empathy can be different than the way a woman often expresses it.

Rid yourself of every tactic and skill you use in talking to your sisters, best friends, and mother, and realize that a man’s mind functions very differently. Some similarities exist, of course, so a few things will interrelate. But if you expect him to talk to you like your lifelong best friend does or your sister does or your mother does, and evaluate him on that basis, you’re being unfair. And you’re going to be disappointed.

This post is all about understanding that your husband is biologically wired to relate to you differently than you relate to him or your female friends. Influence begins with understanding, and in the next two posts, we’ll seek to delve into how you can make this work in your marriage’s favor.

If you want that information sooner, this post is adapted from my most recent book Loving Him Well: Practical Advice on Influencing Your Husband. Loving Him Well is a substantial rewrite of Sacred Influence, with about fifty percent of it being completely new. I’ve worked with many more couples over the last decade-plus that Sacred Influence has been out. For instance, there’s an entire chapter helping the church deal more appropriately with abusive marriages (though the book isn’t written for women in abusive marriages). Due to my own ignorance and lack of experience, I wasn’t sensitive enough to that issue when Sacred Influence first came out. And whereas Sacred Influence had a few paragraphs about wives dealing with porn-watching husbands, there’s now an entire chapter (in fact, now the longest chapter in the book) devoted to that subject. High speed Internet access has changed everything in this regard over the past decade and a couple paragraphs will no longer suffice.

I didn’t recommend any one buy revised editions of Sacred Marriage, Sacred Parenting or Sacred Pathways if they already had the originals, as these were rather light glosses, mostly tightening things up, clarifying a bit, and updating cultural references. But Loving Him Well is more than a rewrite—it’s a substantially different book (with about half the content being the same as its predecessor, however).

You can check it out here: