HomeCommitmentRunning on Empty? Here's How to Keep Your Marriage's Fuel Tank Full
CommitmentCommunicationFamilyHappiness

Running on Empty? Here’s How to Keep Your Marriage’s Fuel Tank Full 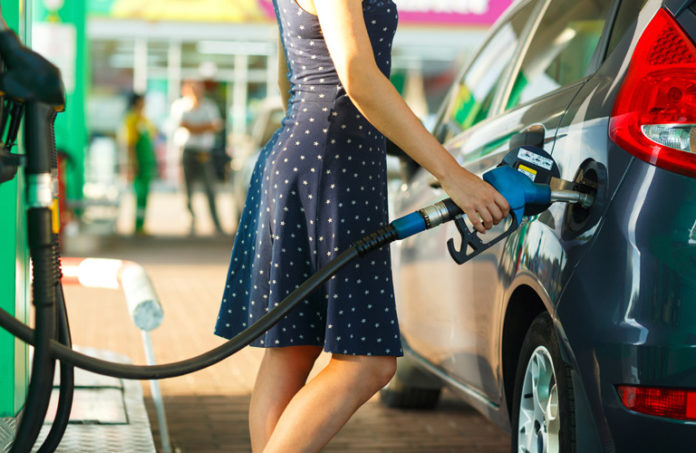 Today’s marriage tip comes from Patrick Schwenk as a guest blogger for Gary Thomas’s site. It leads to a great question: what’s one way you can make your spouse’s life easier today?

I (Patrick) have a bit of a reputation for running out of gas, perhaps because I once read an article that said gas pumps have more germs than a toilet seat. I don’t know how many germs that is, but it’s enough for me not to want to touch either one too often. Or maybe it’s because it takes time to slow down, stop, and fill up. Whatever the reason, I don’t enjoy stopping for gas, which is why I run out so often.

Some experts say you can drive your car at least forty miles after your gas light comes on. My “research” would say that is fairly accurate—some cars more and others less. Normal people pull over and refuel long before the warning light comes on, but not me. I once pushed my motorcycle beyond the forty-mile test limit. I lost—again. If anything has come close to motivating me to change my ways, it was walking my Harley for just over a mile through our neighborhood and past our neighbor who hates Harleys and loves Yamahas. Exhausting and embarrassing!

My problem with running out of gas took on a whole new meaning once I became a dad fourteen years ago. I soon discovered and would learn over and over again that parenting is a gas guzzler. Surviving the transition from married couple to married with kids requires a lot of energy. Living out God’s purpose for marriage and family is exhausting. Trying to do it well often leaves us running on empty.

One of the biggest reasons we find ourselves running low on fuel is because of self-neglect.

Most couples who have been running on self-neglect for too long feel weary…they have pretty much run out of gas. So the encouragement in Galatians 6:2 to “Carry each other’s burdens, and in this way you will fulfill the law of Christ,” is a key principle for protecting each other during the season of being married with kids.

The Greek word translated as “carry” means to “put upon one’s self, to lift up, or carry what is burdensome.” It conveys the idea of coming alongside and lightening the load for another person. When we carry another’s burden, we take that burden on ourselves. We share the load so that the other person doesn’t suffer alone.

Dietrich Bonhoeffer, a German pastor and theologian who spoke out boldly against Hitler, wrote that Christians “must bear the burden of a brother. He must suffer and endure the brother. It is only when he is a burden that another person is really a brother and not merely an object to be manipulated.”

Bonhoeffer was saying that relationships in the real world, especially Christian relationships, come with responsibility. Jesus calls us to do some heavy lifting for one another. Marriage in particular comes with a charge to “carry each other’s burdens.” Our spouse is not “an object to be manipulated”; rather we are called to “endure” and even “suffer” for and with each other.

That is a convicting statement! We might not come out and say we see our spouse as “an object to be manipulated,” but how often do we look to get something from our spouse instead of looking out for our spouse?  One way we can love our spouse is by attempting to lighten the load when our spouse is running on empty.

Protecting our spouse requires that we provide strength when our spouse is weak or struggling.

In which areas of your marriage and parenting are you struggling most right now?

What specific things can you do to help your spouse carry the burden and avoid self-neglect?

Share
Facebook
Twitter
Pinterest
WhatsApp
Previous article
5 Powerful Reasons to Suck it Up and Say “I Was Wrong”
Next article
What Christian Couples Can Learn From “Sleeping With Married Men”
Gary Thomashttp://www.garythomas.com/
RELATED ARTICLES
Communication