What Christian Couples Can Learn From “Sleeping With Married Men”

Here at Thriving Marriages, we present marriage tips from a Christian worldview. But it’s really cool when we can look at what the world at large thinks about marriage and fidelity and turn it on it’s head and learn from it. That’s why I (Jenny) loved this article from Elizabeth Trotter, a wife, mom, and missionary. Elizabeth read a New York Times article by a self-proclaimed “other woman” and learned just how even Christians can cripple their relationships by not communicating about sex. Elizabeth’s  breakdown is eye-opening, and I hope, inspiring and motivating for all of us who read it.

The New York Times recently published an article by Karin Jones entitled, “What Sleeping With Married Men Taught Me About Infidelity.” A friend shared it, and I read it. I found I had a lot to say about it, so I commented on my friend’s Facebook share, where it received so much positive feedback that I thought I’d share it here. But my response will make more sense if you take the time to read the article first.

My worldview obviously differs from the author’s – in fact I might say it diverges greatly – but I think she makes some important observations. My thoughts on this subject are influenced, of course, by nearly 18 years of marriage. But they are also greatly informed by my husband’s readings on relationships and sex. 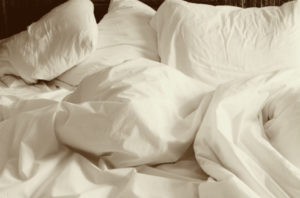 Before you think that sounds too weird, let me explain why he reads extensively about these issues: he works with a lot of couples in his pastoral counseling ministry. For the record, I don’t know who any of his clients are; I only know about the ideas in his books. (The only exception to this would be when a client of his walks up to me and announces, “Your husband is my counselor.” This is not frequent but has occasionally been known to happen.)

And now that I’ve finished all my caveats, we can move on to my thoughts about the New York Times article.

What I learned from sleeping with married men (the article, ahem)

I know it might sound crazy to say this, but I think a lot of “Christian” wisdom is not super helpful to marriage and that we can learn from “secular” or research-based sources. First off, sex is more important to a marriage than we in Christian circles sometimes like to think. Dr. Barry McCarthy, author of the 2015 book Sex Made Simple: Clinical Strategies for Sexual Issues in Therapy, claims that a counselor simply cannot afford to treat only the communication/relationship aspect of a marriage and assume good sex will follow.

Rather, McCarthy claims, sex must be addressed separately and intentionally, in addition to other relationship needs. Sex is too important to the marriage for a counselor to be silent on the issue. And it’s highly complex and individual. This is part of the reason it needs purposeful addressing, though even many counselors are uncomfortable talking about it.

The research shows that couples in America are having less and less sex, with a good percentage (around 15%) being in what is considered a “sexless marriage” (sex 10 times a year or less). The research also shows that when a couple stops having sex, it’s more often the husband’s decision, not the wife’s (this information was also found in McCarthy’s book, where he quotes H. Feldman’s 1994 article in the Journal of Urology).

The fact that sexlessness was primarily dependent on the man was news to me as women often get slandered in culture for being “frigid.” This mischaracterization seems key to common “Christian” teaching that women want affection and connection, while men want sex. Research shows that this traditional approach is unhelpful in the sexual arena: women want good sex too. This is something the author of the New York Timesarticle touched on and something proponents of the traditional view often neglect. God made us all sexual beings, and satisfying sex is important for both spouses in a marriage.

If you want support for that claim, you can listen to this radio program about the way men’s human needs are marginalized in modern American culture. I think the church needs to push back against this aspect of mainstream culture and show a better way — one based in our foundational beliefs of a relational Godhead and of humans created in God’s image. The Bible is actually good news for culture, even when culture accuses it of being otherwise.

This artificial differentiation between men’s needs and women’s needs is unhelpful for marriage and society in general. Men are images of God as well as women, and God is a relational God. Men and women both want loving, secure attachments, and men and women both want satisfying sex. I wish we didn’t have some of these stereotypes, stereotypes I learned before marriage as important for maintaining a happy marriage: a man should give his wife the affection she so desires, so that she will be more willing to give him the sex he so desires.

(In my mind this teaching is parallel to the teaching that women only need love and men need respect, which I believe is categorically untrue. Both men and women need both love and respect, and behaving otherwise treats human beings as too one-dimensional and cheats them both of intimacy and relational fulfillment. But I digress.)

The Bible does not even support this idea of “his needs, her needs” or “women give sex to get love and men give love to get sex.” The woman in Song of Solomon showed strong sexual desire and initiation. Paul, often accused of being misogynistic (though I no longer think he was), told married couples that sex goes both ways — the wife’s body belongs to her husband, and the husband’s body belongs to his wife’s. Meaning: the woman has desire too. Men aren’t the only ones who want sex. It seems to me that sex is actually a place in marriage where our theology gets worked out, but we rarely think about it that way.

I do appreciate the author’s note that even the urge to have an affair could be the beginning of an important conversation in marriage. Of course we as Christians believe this: temptation does not inevitably lead to sin. Temptation can be a wake-up moment and lead to increased marital intimacy, but only if we, like the author suggests, are willing to be honest with ourselves and with our spouses.

If we desire something we are not currently experiencing, we need to talk to our spouses about it, and not (if the Bible is our authority) seek out extramarital affairs. Research from the Gottman Institute indicates that being able to talk about sexual issues is essential to sexual satisfaction:  “Only 9% of couples who can’t comfortably talk about sex with one another say that they’re satisfied sexually.”

Meaning: if you can’t talk about sex with each other, the likelihood that you’re having mutually satisfying sex is pretty low. But, like Jones explains in her article, talking about sex can be risky. You might find out something about yourself that you don’t want to know. You might feel rejected. And that was apparently too high a risk for the married men she was sleeping with.

Esther Perel, who is referenced in the article, has a fascinating TED talk on the interplay and tension between love and desire. I’ve actually watched it several times as I believe its vocabulary is helpful. It may not be specifically Christian teaching, but there is nothing anti-biblical about it. It frames the monogamy conversation better than it has sometimes been framed, and I encourage you to watch it (TED talks are, after all, fairly short).

The Bible seems to indicate that the intimacy — including sexual intimacy — that we can experience in marriage is only a small picture of God’s love for us and what He intends for us to experience with Him for all eternity. So it only makes sense that Satan would attack our sexuality as it is intended to be lived out, both before marriage and in marriage.

Our cultures are obsessed with sex, but according to research, few people are actually having mutually emotionally and physically satisfying sex. So the ways we as a culture are seeking sexual fulfillment are not working. We’re seeking it in all the wrong ways. Sometimes because terrible things have been done to us, sometimes because we have simply believed the culture’s (Satan’s) lies. There are a myriad of reasons our sexuality gets broken in this world.

If we care about our own marriages and the marriages of our children, if we care about the marriages in the future Church, sex cannot be some taboo topic that we think will work itself out in silence. It won’t. It needs specific cultivating and sometimes outside help (in the form or medication or therapy), and there is absolutely no shame in seeking help and wholeness for a part of our lives that is not thriving.

But if we feel ashamed of needing help, we won’t seek it. So if this article can do any good in the world, I hope it can empower people in marriage whose sex life is less than they desire, to seek out help somewhere. I believe seeking healing is worth it.

What Sleeping With Married Men Taught Me About Infidelity, by Karin Jones for New York Times.

The Secret to Desire in a Long-Term Relationship, a 20-minute TED talk by Esther Perel

Sex Made Simple: Clinical Strategies for Sexual Issues in Therapy, by Barry McCarthy.

Couples That Talk About Sex Have Better Sex, by Kyle Benson for Gottman Institute.

From Jonathan: On Making Love (book recommendations about sex)

Other articles Jonathan and I have written about sex and marriage

Elizabeth Trotter is the editor-in-chief for A Life Overseas. She loves life in Southeast Asia where she’s lived with her husband and four children since 2012. She loves serving the local church, math, science, all things Jane Austen, and eating hummus by the spoonful.

Share
Facebook
Twitter
Pinterest
WhatsApp
Previous article
Running on Empty? Here’s How to Keep Your Marriage’s Fuel Tank Full
Next article
Why You’re Overlooking Your Marriage’s Biggest Flaw
Jenny Rapson
Jenny Rapson is a follower of Christ, a wife and mom of three from Ohio and the editor of For Every Mom. You can email her at jrapson@outreach.com, or follow her on Twitter.
RELATED ARTICLES
Commitment

How to Build Emotional Intimacy in Marriage

You Can’t Fulfill Your Promises, But God Can