HomeCommitment"Never Surrender." Don't Give Up, Your Marriage Can Thrive For a Lifetime.
CommitmentConflict

“Never Surrender.” Don’t Give Up, Your Marriage Can Thrive For a Lifetime. 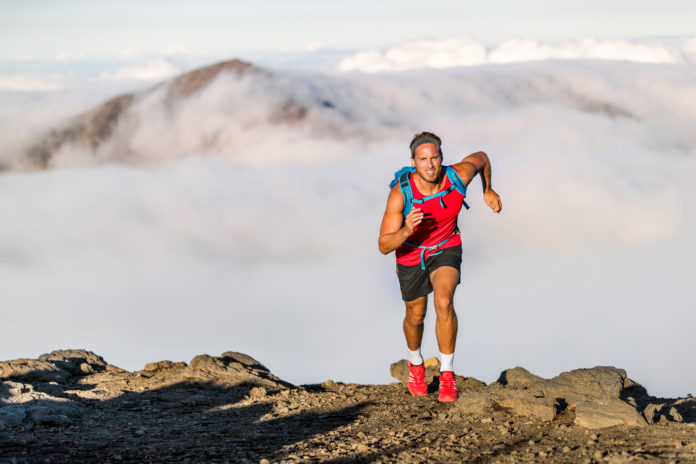 A divorce lawyer recently posted an article arguing that the vow “till death do us part” is passé, unrealistic, and needs to be discarded. There’s no shame, he said, in knowing that it’s unlikely and “even rare” for marriages to last for a lifetime, so let’s stop with the pretense. He admitted children face some pain during divorce, but hey, divorce is already so common our kids need to learn that a broken family is simply part of the price you pay for growing up. Please, he pled, let’s dispense with the guilt-casting and moralizing and just admit that a lifelong marriage of fifty years not only isn’t realistic, it’s not even all that desirable.

This divorce lawyer is a blogger and author and I’m not going to give him one extra click of free advertising by mentioning his name. While his words might keep his divorce practice prospering, they are exactly the opposite of what non-abusive marriages need today.

I’m writing from the perspective of a man who just celebrated his thirty-fifth wedding anniversary. Like most couples, Lisa and I have lived through some tough seasons in our marriage when we weren’t sure we would make it. I shudder when I think about one particular season that, had Lisa and I given up in, our second two children and our precious grandchild would never have been born. I’m so glad we didn’t read that divorce lawyer’s article back then. Instead, I would want to read the following.

There was a time when just about every citizen of Great Britain saw Nazi Germany as an unstoppable juggernaut. Even the most optimistic knew the outlook was bleak. France was falling far more quickly than anyone had anticipated. Britain’s once indomitable military looked vulnerable, and some even considered the horrendous possibility that if defeat was likely, perhaps it might be better to let the Nazi government in rather than suffer the consequences of opposition.

With a last gasp of determination, England elected Winston Churchill to be its new Prime Minister. Churchill all but put the country on his back and reset expectations with a famous inspirational speech: “I have nothing to offer but blood, toil, tears and sweat….What is our aim? I can answer in one word: Victory—victory at all costs, victory in spite of all terror, victory however long and hard the road may be.”

One speech was enough to get Britain going and to instill hope, but one speech wouldn’t win a war. They still had to fight. As Britain prepared itself militarily and industrially world events grew even more grim. The horrendous but now certain reality of a homeland battle, unlike any Britain had fought for centuries, was upon them. Axis planes and soldiers would invade British airspace and land. Even London would see violence. In fact, Buckingham Palace and its grounds would be hit over a dozen times. But still they remembered: never surrender.

Most experts didn’t think Great Britain could survive. The Nazi military machine was undefeated. Joseph Kennedy, the United States Ambassador to London, was adamant in his belief that London would fall, urging the President to prepare accordingly. But still they remembered: never surrender.

Britain’s victory gave the entire world hope that Hitler could be defeated. It preserved a crucial and strategic European base to fight back against the Nazi forces. If Britain had fallen the way France did, historians shudder to think what could have happened next.

As a pastor, I see spouses and individuals take up the vision of “never surrender” that Churchill cast for Great Britain. These spouses see the enemies of their family: addiction, lust, financial malfeasance, mental illness, physical ailments, a society hostile to their faith and deliberately lecherous toward their marital vows, and yet these spouses, sometimes together, and sometimes alone, rise up from prayer to proclaim, “We shall defend our family, whatever the cost may be. We shall fight our addiction; we shall fight for our children’s minds and hearts; we shall pray, fast, learn, grow, deny ourselves and build our souls so that we love instead of hate; forgive instead of resent; serve instead of tear down, encourage instead of taunt. We won’t allow money or pleasure, or selfish ambition to burn this home down. Though a thousand demons assault us, though our entire culture conspire against us, we will stand strong in faith, belief, and the grace of Jesus Christ.”

Read Next on Thriving Marriages  Is It Way Too Easy for Your Husband to Push Your Anger Button?

I know a husband who had to sell his house and quit playing golf when he found out how much secret debt his wife had accumulated. He remembered: never surrender. It would take years, not months, to crawl out of that debt, but he wasn’t going to let that debt tear his family apart. He didn’t destroy his wife’s reputation by gossiping; some of his buddies just thought he had become too lazy to get up for those early Saturday morning rounds. He had made a vow to keep his marriage together and he was going to keep it. He hadn’t made a vow to sustain his golf handicap, so he put first things first.

A wife nobly helps her husband fight his depression. She knows he didn’t “choose” to be depressed, but when a husband is depressed, one of the things he often can’t care about is…you. It’s a lonely battle, and when your spouse doesn’t seem able to even appreciate you for fighting it; in fact, when he suggests you’d be better off without him so why don’t you just leave, it would be easy, so easy, to blame God for not healing him and go your way. But not this wife. She remembered: never surrender. She’s in it to win it and shows the Churchillian determination to depend on God and keep her family together.

Another wife would tell you she probably shouldn’t have married her husband. They got pregnant before they even talked about engagement, and she thought she was doing the right thing to go ahead and get married. Their baby daughter ended up having some special needs. Two more children followed. There was a brief separation, but when she saw how her already troubled daughter felt even more insecure as her parents drifted apart, this wife doubled down on her marriage and has lived the life of a modern-day saint. Does her husband cherish her? That’s not really his thing. Do their recreational interests match up? Not even close. Is he as into God as she is? He accommodates her belief without truly sharing it. So many reasons to leave, so many reasons to quit, but one reason to stay: she made a vow, and she is keeping it. The friends who know her better than I do call her one of the strongest believers they’ve ever met.

I salute these individuals and couples. Like Britain, their victory isn’t just for themselves; they inspire the rest of the world. Their example gives hope and courage to other families that sometimes, when things seem entirely hopeless, when it feels even foolish to believe you can win, victory at great cost is still an option:

To all those still fighting such a war in their kitchens, living rooms, bedrooms and dining rooms, I salute you and pray God will strengthen you in the midst of your battle.

Share
Facebook
Twitter
Pinterest
WhatsApp
Previous article
Date Nights Getting Old? Here are 4 Reasons a Double Date Could Be a Great Solution.
Next article
What To Do If You’re Bored With Your Marriage
Gary Thomashttp://www.garythomas.com/
RELATED ARTICLES
Conflict