10 Ways to Kill Intimacy in Your Marriage 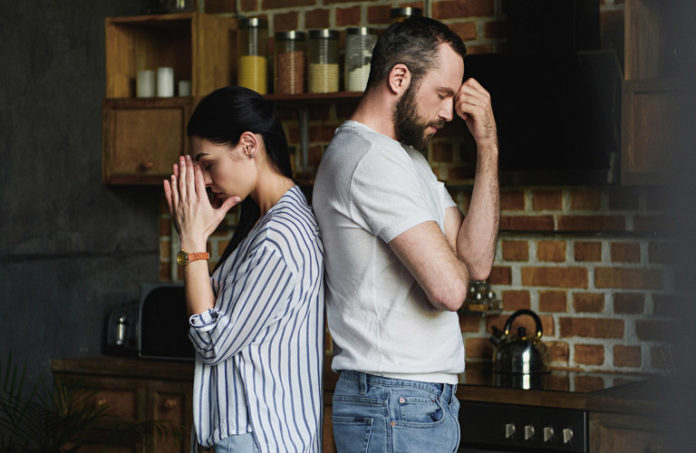 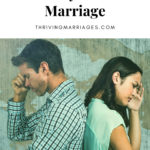 Today’s article about 10 ways to kill intimacy in your marriage comes from our friend Frank. Check out his website to see more resources he offers.

Most days, I wake up early and start my day at the breakfast table in our kitchen. The window looking into our backyard allows me to watch the sun usher in a new day. It’s a daily reminder that God’s mercies are new every morning. I need that reminder.

Several weeks ago, while going through my morning routine, something caught my attention. My backyard is shrouded in color from Azaleas and Day Lilies. Red. Yellow. White. Purple. It’s gorgeous. But these didn’t catch my eye. Instead, it was a barren bush.

Even though this bush has always been in my backyard, it wasn’t until the Azaleas and Day Lilies were in full bloom that I noticed it wasn’t growing. No flowers. No fruit. No leaves. It wasn’t dead, but it certainly wasn’t thriving.

Looking out my window that morning, I wanted to pull up the bush. It looked hideous. It might as well have been dead.

I think marriages are a lot like my backyard. Some are blooming. Reds. Yellows. Blues. These relationships are healthy and thriving. Other marriages are like the bush. They aren’t dead, but they’re stagnant. And when marriages are stagnant, they might as well be dead.

In life, this plays out as two people simply living in the same home. Two people who decide to stay together for the kids. Two people who stay “married” because it’s advantageous for them socially, economically, or financially.

But this isn’t God’s design. As the creator of marriage, God desires marriages to thrive. So, why don’t all marriages grow and flourish? Just like the bush, something happens to prevent it from producing leaves and flowers. When this bush was purchased, it was capable of thriving. But something happened. The soil was nutrient-deficient. Animals wounded it.

The same is true for marriage. I believe the fruit of marriage is intimacy. An intimate marriage is a healthy marriage. And, where intimacy is lacking, something has happened.

Here are 10 types of marriages that will kill intimacy.

1.) The “scorekeeping” marriage will kill intimacy.

I love to compete. I also hate to lose, which is true of most competitors. But, as strange as this sounds, there is actually something I hate worse than losing.

Whoever invented tying is dumb. It was probably someone who sucked at sports but liked the idea of everyone feeling like a winner. Real competitors, however, equate tying to losing.

For many years, I approached marriage like a competition. But marriages aren’t competitions. Competitions have winners. Each side takes whatever steps necessary to win. This includes manipulating, exciting fear, or talking trash to gain an advantage. For years, I did things for Tiffani because I wanted her to do things for me. And when she didn’t do those things, I pulled out my scoreboard to remind her she has some catching up to do.

Healthy marriages don’t do this. Why? They are built on intimacy. And scorekeeping robs marriage of intimacy. In marriage, the scoreboard should constantly sit at 0-0. Tying might be terrible for competitors, but it’s the path to intimacy in marriage.

If your goal is to suck the life out of your marriage, here’s some advice. Be a taker. Look first to fulfill your own needs. Start most of your conversations with “me,” “my,” or “mine.” Make it about you.

The oxygen for marriage is selflessness. Take that away, it’s only a matter of time.

3.) The “co-dependent” marriage will kill intimacy.

But as long as you’re co-dependent on another person, you can’t be totally dependent on God.

The side effects of not depending totally on God are devastating. You will try to change your spouse, believing a better version of your spouse will make your marriage healthier. You will refuse to say what needs to be said out of fear your spouse will leave.

And, most importantly, you will be more concerned with your spouse’s acceptance of you than God’s plan for you. Your thoughts, actions, and desires will be ultimately for your spouse, and not for God.

4.) The controlling marriage will kill intimacy.

Here’s what controlling a marriage doesn’t have: authenticity and vulnerability. A marriage can’t thrive without these two values. You see, controllers pretend to have it all together. And, ironically, the very thing they use to acquire success in the real world destroys their marriage…dominance.

Many controlling people manipulate, isolate, and degrade to get their way. This mentality, however, won’t work in marriage. Not if you want to experience intimacy and joy.

5.) The “grass is greener” marriage will kill intimacy.

And I am convinced this is why my marriage struggled so mightily. Here’s the deal. No marriage is void of difficulty. If your marriage isn’t difficult, you have probably given up on it. Anything worth having is difficult. Especially something like marriage. A relationship Satan wants to destroy.

Younger couples, especially, don’t believe the lie. The grass isn’t greener. When you look at marriages around you, you see a picture from 5,000 feet. At that height, everything looks pretty. But if you choose the “other side,” you will have to land your plane there. And you will discover that, on the surface, their grass no different from yours. It has dead spots, weeds, and areas where neighborhood dogs decided to relieve themselves.

6.) The “sex solves everything” marriage will kill intimacy.

Sex solves problems. Don’t get me wrong. But sex isn’t the antidote for every issue in marriage, despite the Hollywood narrative. Hollywood says sex solves everything. Did you cheat on your spouse? Have sex with them. Everything is good again. Oh, you said something that caused your spouse to cry? No worries. Just invite them to have sex.

Read Next on Thriving Marriages  Help! My Spouse Thinks I'm Boring In Bed.

Hollywood has elevated marriage to god status. And this is unfortunate because marriage is designed to point you and your spouse to God, not be your god. I love sex. But it’s not the “quick fix” to every problem in your marriage. Let’s give marriage, and sex, more credit than that.

I would assume this is something animals do. Use sex to fix issues and that sort of thing. But we’re not animals. We image-bearers of God. So, let’s take sex off the throne and put God there.

7.) The “happily ever after” marriage will kill intimacy.

I wanted the happily ever after marriage. I remember coming home the day after our wedding and thinking to myself, “Is this it?”

It wasn’t that my marriage sucked. Not at all. I was disillusioned. I bought the lie that says marriage is always this amazing ride full of amazing experiences. Meanwhile, here I was in my little home getting dressed for another day at work. Where’s the magic in that?

Years later, I realize my understanding of marriage was built on fantasy. There’s no such thing as happily ever after. Not in life. Not in marriage. Marriage, instead, refines you, tearing away layers of selfishness. This is the opposite of happiness. But it’s the essence of joy and intimacy. Let go of any idea that marriage is a mix of cloud hopping and unicorns.

Marriage refines you. This is the opposite of happiness but the essence of intimacy and joy. Marriage is a marathon with bumpy roads and multiple intersections. But, in the end, you receive a prize happiness can’t provide. A man or woman less focused on self and more reliant on God.

8.) The “I’m not worthy of love” marriage will kill intimacy.

No one, regardless of their past mistakes or weird eating habits, is unworthy of love. You’re a child of God, and no child of God has disqualified himself of herself from love. “I am not worthy of love” spouses are scared to show all their cards because they believe showing their cards will destroy their marriage. But in holding back some cards, they destroy their marriage. Joy and intimacy in marriage are found where two people are fully known. Is this risky? Yes. Is there a chance your spouse won’t like you if you show all your cards? There’s a chance.

But healthy relationships are risky relationships. And there’s no chance your spouse will love if you don’t allow yourself to be fully known.

9.) The “guilty until proven innocent” marriage will kill intimacy.

In Donald Miller’s newest book Scary Close he highlights a conversation with a man named John. John is a human trafficking prosecutor for the U. S. Department of Justice. Towards the end of the conversation, John says this, “You want to know what they (rapists, murderers, and leaders of child sex-trafficking rings) have in common?…They all think people are out to get them.”

That’s a powerful statement. To say it another way, they believe all people are guilty until proven innocent. It’s the mantra of the court of public opinion.

Unfortunately, this court affects marriages. If you believe people are out to get you, your marriage won’t experience intimacy. It can’t. Healthy relationships thrive on trust. Okay, you’ve been wounded. You trusted someone, and they stabbed you in the back. But this is what makes love risky…and rewarding. You must be vulnerable. You must be willing to take a shot or two.

If the life of Jesus shows us anything, it shows us love is risky. It hurts. But the intimacy available as a result of authenticity and trust is worth any pain you might experience.

Marriage is a covenant. It shows the world God’s nature and character unlike any relationship on earth. That’s real stuff. Maybe this explains why God hates divorce (Mal. 2:16).

Covenants aren’t ruled-based contracts. They are love-based commitments. When marriage is a conditional commitment, you must perform for your spouse. You must guard your inner thoughts and actions. You must tip-toe around the relationship, hoping to avoid big mistakes. Ultimately, you must work from a foundation of fear. But covenant love is void of fear. It is love not dependent on behavior. It not only encourages but thrives on two people being fully themselves.

If your marriage is rooted in fear, it’s not led by God. Perfect love drives out fear (1 John 4:18). And perfect love is only possible inside of a covenant. A never ending, never failing, abounding in grace and forgiveness, covenant.

Marriage has the power to transform lives. When it thrives, the fruit is something beautiful, something divine and sacred. It points people to God.

No matter where you are on the journey, don’t miss this: God wants your marriage to thrive. He doesn’t want you to simply live in the same house as your spouse. He doesn’t want you to stay together for the kids. He wants you to grow together, intimately, for his glory. It is never too late to let go of the marriages in this post. Your marriage isn’t too far gone. That’s a lie from Satan.

What if every person reading this made a commitment to let go of everything in their present or future marriage that doesn’t lead to intimacy? Satan would hang his head, feeling defeated. And that would only point the world to the reality. He is defeated. God is victorious. That’s a message I want to spread.