“In It To Win It” Is a Bad Goal For Marriage 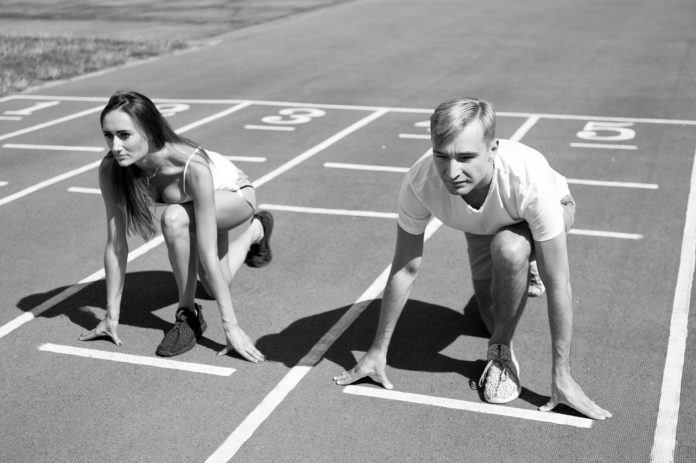 My wife, Michelle, and I went on a beach vacation in early January. It was great to get away and to relax. Unfortunately, not everything went well in paradise.

There I was, walking through the hotel lobby one morning and I saw the free coffee waiting for me. I thought, “That would hit the spot.”

So, I poured myself a big cup of coffee and went back to the room. I sat down on the balcony overlooking the ocean and started to sip my morning brew. My mind was thinking about the beautiful view and how peaceful it was. I was really enjoying the warm and relaxing morning.

Michelle saw me sitting there with my cup of coffee and said, “That looks great. Did you get me one?”

I looked back at her with a blank expression. I tentatively answered, “No.”

Michelle looked annoyed and replied, “It would have been nice if you thought about me.”

My peaceful morning was being torn apart. My thoughts were coming fast and furious. What’s my best response?

I thought of a few options.

“You don’t always think of me.” (Attacking)
“What’s the big deal, it’s just coffee.” (Dismissive)
“Go get yourself one.” (Insensitive?)
“I’ll go and get you one.” (Too much work, but probably the best response)

I went with, “I didn’t know that you wanted one.” Of course, that was defensive.

Michelle looked hurt and went back into the hotel room.

I was a bit dumbfounded. What happened here? I didn’t do anything wrong, or did I? Why did she have to ruin my peaceful morning?

Focus on the Goal for Marriage, Not the Blame

I sat on the balcony and thought about what had just happened. A bible passage came to my mind. “Therefore confess your sins to each other and pray for each other so that you may be healed.” (James 5:16)

Did I commit a sin by not bringing Michelle a cup of coffee?

In the past, I have looked at sin as being things like pride, greed, lust or envy. A cup of coffee just doesn’t fit into that list.

The word for sin in greek is hamartia. It actually means missing the mark. It can mean to be mistaken or failing to reach a goal. This is a radically different way to think about sin. In some ways, it reduces my shame and helps me to be able to admit when I’ve missed the mark.

I know that I promised to love, honor and respect Michelle. That was in my wedding vows. My covenant with my wife is that I will cherish her for all of my life.

When we mentor couples they are often focused on who’s wrong or who’s right. Who’s the bad guy and who needs to admit their sin?

When we ask them about their goals, they usually agree that they want a better relationship. We encourage them to focus on their goal – building their connection.

Read Next on Thriving Marriages  Conflict and Fighting Aren't the Same. It Matters.

The question changes from who’s wrong or who’s right to, “What will build our bond?”

Sin Is Not About Intent

I used a bible dictionary, The New International Dictionary of New Testament Theology, to look up sin. The article said that the word for sin didn’t necessarily imply evil intent.

We can have all of the best intentions and still fail to meet the goal. I’m not sure that I like that concept because it takes away a lot of my excuses.

It seems like a good excuse to say, “I didn’t mean to hurt you. I just got a cup of coffee.”

Guess what? We are all going to do things that fail to build up our marriage. This is where confession comes in.

The word for confess in greek is homologeo. It’s a combination of homo, meaning same, and logeo, meaning to say. It has a connotation of agreement.

In other words, acknowledge that the goal wasn’t met.

This isn’t about finding the bad guy or attaching blame. This is about acknowledging what’s not working and finding behavior that will work better.

When I look at the cup of coffee incident through the lens of failing to build our relationship, I realized that I did, indeed, sin. I missed the mark in showing love to Michelle.

It would have been very thoughtful to bring her a cup of coffee. She would have really appreciated it and it would have communicated love to her.

I have found that people use the word sin to assign blame or shame. People seem to respond a little better when we talk about what isn’t working and they could do to help it to work better.

When you do something that isn’t bond building, acknowledge it and ‘fess up’. Focus on behavior that your partner will appreciate.

After the coffee incident, I didn’t immediately acknowledge my mistake to Michelle. It probably would have been better if I had. Luckily, for Michelle, this wasn’t a major offense and she quickly forgot about it.

The next morning, I went to the lobby and brought back two cups of coffee. Michelle laughed when she saw it. She thanked me for thinking about her.

Later that day, she brought me a bottle of water without being asked. I thanked her and told her how much I appreciated it. This theme continued on our vacation. We both were more mindful about pleasing each other in small ways.

What a great trip! It strengthened our bond!