HomeCommunicationYour Past Can Be a Benefit, Not a Barrier, In Your Sex...
CommunicationFeaturedSex and IntimacySpiritual Growth

Your Past Can Be a Benefit, Not a Barrier, In Your Sex Life 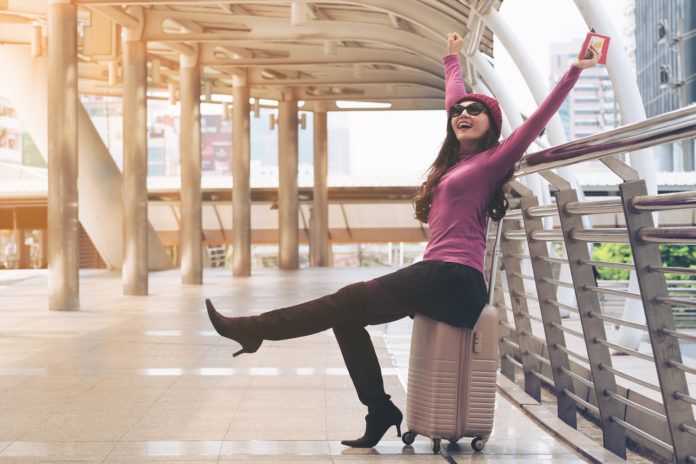 In our house, we like this show called Impossible Engineering.

It’s documentary style and the basic premise is they look at a phenomenal engineering feat, and then show how discoveries in the past helped make the current feat possible.

To give you an example, we were watching an episode on this amazing jetpack suit by a British company called Gravity that essentially allows a person to fly. Seriously. So cool.

But what is equally fascinating is the way the show revisits discoveries and experiences in the past that current engineers have sophisticated and expounded upon. These super intelligent people problem solved what didn’t work then to make it work now.

What in the world does this have to do with sex in marriage?

As I was mesmerized by this futuristic rocket thing this guy strapped on that allowed him to fly, I got to thinking about how we individually have experiences in our past that can equip us for better sex now.

I know what a lot of you are thinking. “So much of my past sexual stuff is unhealthy or damaging. How can any of that help me now?”

Well, let’s circle back to the jetpack.

This current day jetpack suit isn’t the first of such suits.  Engineers have been fascinated for quite some time about the possibility of unencumbered human flight (you know, the kind of flight where you don’t need to climb in a plane or helicopter or hang-glider).  And back in the 1950s and 60s, such a jetpack was indeed developed.

But it had issues. The biggest one being that it could fly for less than only 30 seconds, making its practical uses extremely limited. And it also had rudimentary control, making it much more dangerous.

The Gravity folks (some of whom look like they are 16, I kid you not) have relentlessly experimented, modified and invented to successfully figure out how to lengthen the flight time significantly and allow a person to fly higher, further and with more control.  And then they built the jetpack using super high-tech 3D printing that found its beginnings in the 1980s.

“Again, Julie. What does this have to do with sex?”

If you have things in your past that were not quite working right sexually, what can you learn from those?

Read Next on Thriving Marriages  Best Posts of 2018 (Part 3)

(Keep in mind, for purposes of this post, I’m not talking about sexual abuse. That’s a whole different topic. I am instead talking about consensual sex you had, maybe even promiscuous sex you had, as a teenager or young adult before you were married).

I had a friend tell me once that she was hesitant to try some sexual techniques in her marriage because she had learned them with another man before she was married.  I reassured her that context means everything.

Along those same lines, many sexual acts and touches that appear in pornography can be holy and edifying and enjoyable in the right exclusivity context of marriage. Yes, a husband and wife need to determine what nurtures their intimacy within godly boundaries rather than tears it down.  Oral sex may or may not be wonderful for a married couple, but the fact such an act also appears in pornography does not inherently make it off limits for a husband and wife.

And let’s not forget that sometimes our current marriage also is good training ground.

As a husband and a wife, do you understand more about sex now than you did when you first were married?

Have you intentionally learned how to experience sexual pleasure more now than you did years ago?

And do you desire to continue to build authentic intimacy with what you know, rather than stay stuck in the shortcomings of the past?

There are a lot of positive things about sexual intimacy, many of which were studied long ago and are still studied to this day.  We’ve made huge strides in better understanding arousal, sexual response and so on.  There are more books, more websites and more resources than ever.

As a married couple, can the past help you build amazing sex in your marriage? What about what you can learn today?

Whether we are talking about sex or super cool jetpacks, if we stop growing we are going to miss out.

For more reading, cruise through my list of past posts. as well as my page with a bunch of posts on orgasm.