Trying to Control Your Spouse is Toxic 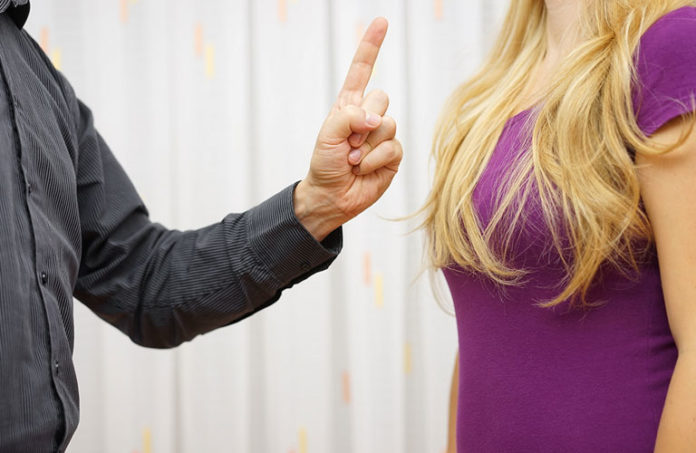 Trying to control someone—in marriage, parenting, the church, or government—is evil. The Bible recognizes authority, but it takes a strong stand against control. If someone abuses God-given authority, they become perpetrators of evil.

This was one of the more surprising truths to come out of my biblical research for When to Walk Away. Here’s the insight that astonished me: God is always right and always has our best interests at heart; if he forced us to do what we should do, in one sense we’d be better off. It would, by any measure, constitute benevolent control. But God doesn’t work that way. He speaks truth. He invites. But he doesn’t control. As powerful as God is and as sovereign as God is, he is never controlling.

One of the most famous statements in Scripture is Joshua’s proclamation, “Choose for yourselves this day whom you will serve” (Josh 24:15). The Israelites weren’t forced to obey; they heard the truth and were invited to obey. If they didn’t obey, they suffered the consequences, but they weren’t controlled.

Moses wasn’t a controlling religious leader. He urged the Israelites to take the promised land, but they refused. Instead of forcing them into battle, he announced the consequences: by God’s decree, they would wander in the desert for 40 years.

Almost immediately, some leaders rose and said, “If that’s the case, we’ll go now.” Moses begged them not to: “The Lord said to me, ‘Do not go up and fight, because I will not be with you. You will be defeated by your enemies’” (Deut. 1:42ff.). They went anyway and were soundly defeated. Moses didn’t push them into the Promised Land when they should have gone in, nor did he block their way when they shouldn’t have gone in. He simply told them what would happen if they disobeyed God, which they did, twice.

Notice: in the end God’s chosen leader urged them not to go but he still let them go. A godly leader exhorts but he or she doesn’t try to control.

When I was a young man, the “shepherding movement” became popular in certain sectors of the church. Out of a good motivation to encourage people to grow in holiness, it became very controlling. People’s finances, marital decisions, even vocational and house-selling decisions were governed by the leadership under the rubric of “accountability.” Virtually all of the leaders eventually repented; in hindsight, they realized they substituted “control” for “persuade” and people were harmed.

Jesus didn’t control. He spoke the truth and let people walk away from him or he chose to walk away himself (my book has an appendix with 41 biblical citations demonstrating this). And while the New Testament talks about “demon possession” it never talks about “God possession” in the same terms. Yes, we are filled with the Holy Spirit, but Paul points out that “The spirits of prophets are subject to the control of prophets” (1 Cor. 14:32). The Spirit moves us, but He doesn’t control us or take over. That’s what demons do.

The reason religious control is so dangerous is because our ultimate allegiance is to God. When someone seeks to control us, they are setting themselves up as the anti-Christ, wanting us to follow them instead of God.  They may think they are doing God’s bidding but, again, we’re not doing God’s bidding if we’re not using God’s methods. God’s method is to speak truth and invite.

Paul urges us to honor church leadership: “Let the elders who rule well be considered worthy of double honor, especially those who labor in preaching and teaching. For the Scripture says, “You shall not muzzle an ox when it treads out the grain,” and, “The laborer deserves his wages.” (1 Tim. 5:17-18) But then he immediately tells us what to do when elders mess up: “As for those who persist in sin, rebuke them in the presence of all, so that the rest may stand in fear.” (v. 20)

Paul urges us to acknowledge and respect authority wielded with godliness, but to stand up to those who abuse their authority because all of us are accountable to God.

Godly churches persuade and invite, but they don’t coerce—not with guilt, “accountability” that is actually a euphemism for control, or even charisma.They proclaim the truth and invite you to respond as you test, consider, and apply the truth.

I should also mention that control in marriage is likewise evil. Whether you withhold money or sex to control your spouse, or you physically abuse or gaslight (intellectually manipulate) to control your spouse, you’re acting in a spectacularly evil fashion. In all the arguments about marital roles, control must be taken off the menu in any form of biblical marriage. Godly people try to persuade and invite, but they don’t control.

Humans attempting to control other humans is a blasphemous assumption of authority and worship. It’s why dictatorships are evil. It’s why (among other things) slavery is such an abomination. The highest human life is a life surrendered to God above everyone and all things. When I want anyone to focus on pleasing me I am acting like an anti-God; I am asking them to respond to me like they should respond only to God. Control is toxic and needs to be recognized as such.

If you want to read more on this, let me point you toward my book When to Walk Away: Finding Freedom from Toxic People.