HomeHappinessA Magic Question That Might Change Your Marriage
FeaturedHappinessSpiritual Growth 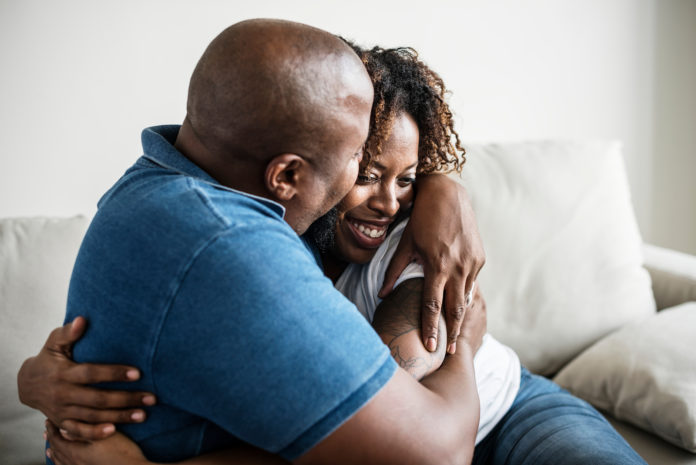 Sometimes a better marriage is closer than you think. Listen to Rich and Pat’s story, and the power of one simple magic question.

Although Rich and Pat have three children together, for some time they led mostly separate lives. According to Pat, “We did little together except argue about the kids.”

Pat once complainingly described Rich as an over-involved worker during the week and an avid hunter and fisherman on the weekends. What little time remained he spent watching TV or using the computer, making him a relatively uninvolved husband and father. When Pat brought up Rich’s frequent absences on weekends, Rich would say, “Don’t worry, honey. Hunting season is almost over.” But Pat soon learned that fishing season was waiting just around the corner.

From Rich’s perspective, life seemed much easier outside the home — a view shared by many men. “I probably was over-involved in work, and when I wasn’t working, I wanted to hunt and fish. Outside of home, there were all sorts of things to succeed at: birds to shoot or issues to solve at work. There’s great satisfaction in getting my limit of trout or ducks, or resolving issues at work. Also, these were solvable problems that I could tackle with a certain degree of success; the problems at home didn’t seem all that solvable.”

We men have a tendency to avoid battles that we know we can’t win or that make us feel incompetent. The thinking is, “If there’s no chance of winning, there’s no chance of me even competing.” Unfortunately, this means that when we start to feel like we’re in over our heads in our family life, home may become the last place we want to be—if we can’t succeed, we don’t even want to try. The sad result is that we may slowly increase our hours at work and then extend our involvement in recreational hobbies, perhaps not even realizing that we are virtually hiding from our families.

Shortly after their oldest child turned fifteen, “things began to fall apart. Our house was characterized by arguing, yelling, and business. Rich was usually gone and didn’t really want to be home — and I had given him every reason not to! I greeted him with a list when he came home, was in a chronically bad mood, and was usually either depressed or angry.”

Pat tried to talk to Rich about becoming interested in family activities, but Rich responded, “Look, I work hard, I don’t drink, I don’t gamble, and I don’t chase other women. All in all, I’d say I’m a pretty good husband.”

“He did provide well for us,” Pat admits. “In his eyes, that made him a good husband and father. He also went to lots of the kids’ games. He just couldn’t see that he was very cold and distant and that he avoided problems.”

In her early forties, Pat didn’t want to spend the rest of her life with a man who always had his mind somewhere else.

“To be honest,” Pat admits, “I wanted a divorce, but I knew the only biblical grounds for one were if he died or committed adultery or left me. So I prayed that he would die or find someone else.”

Instead, Pat found someone else — the Lord, whom she credits with saving her life. Pat thought she had always been a Christian, but she visited a new church where she encountered a rich, deep, personal and authentic faith. Out of a new spiritual renewal, she began the journey of reorienting her marriage by asking Rich what she now calls the “magic question.” Asking this question went against every fiber of her being. It was actually the opposite of what she thought would best serve her marriage, but she decided to give it a try anyway.

“Rich,” she asked, “what things would you like me to do that I’m not doing?”

Rich’s answer caught Pat completely off guard. (You’ll have to read the book to hear his answer, as this post is already getting much too long.) What shocked her as much as anything was how much his suggestion also transformed her relationship with one of her daughters.

Overwhelming Benefits of the Magic Question

Pat went through this exercise twice (being equally caught off guard by Rich’s second request) and much to her surprise, when she started focusing on helping Rich instead of fighting and resenting him, he became more involved at home. “Home became a lot more pleasant place to be, so I’m sure that had something to do with it.”

Pat decided to focus on helping Rich. She cleared her calendar, cutting out a lot of her outside activities, so that “instead of trying to find fulfillment in other things, I could focus my energies on my home and my family.” It’s a bit ironic that in her efforts to get her husband to be more involved at home, Pat began by making sure she was more involved at home—not just present, but emotionally, spiritually, and relationally engaged.

Read Next on Thriving Marriages  It's Not a Fight About Money, It's a Battle For Your Marriage's Soul

Pat doesn’t sugarcoat the difficulty of any of this. “It’s impossibly hard to put so much energy into a home and marriage when you don’t enjoy your home or family. At first, you literally feel like you’re dying. We all crave recognition, power, and honor. Sacrificing and serving seem to move you away from those desires.”

But Pat fought off the resentment. “I felt that, in one sense, what I was doing was contrary to everything I am. I felt like I was dying, but the paradox is that I am more me now than I ever was. I am kinder, gentler, and more submissive, but I am also more strong-willed and opinionated than I ever was. I used to think those were contradictions, but now I see how they work together. Although at the time, I thought I was giving things up, I can see now I was gaining. I wouldn’t go back to the way I was for anything. I have more joy, forgiveness, and grace, and more friends — a lot more friends! My family has changed dramatically.”

Pat went on. “The way I moved my husband was by changing myself. I honestly believe that when you do what your partner wants you to do, you heal yourself in the process. God gives you your spouse as the person who can fix those things in you that you really don’t want to fix.”

“You can’t do this without faith in the Lord,” Pat adds. “And though you probably will, like me, feel like you’re dying, all I can say is that it’s so worth it. I became the person I wanted to be: a more loving wife, a better friend, a better mother. And then I found that those things bring me a lot of joy. The benefits to myself  have been overwhelming.”

To wives whose husbands play darts on the weekend or who constantly haunt the golf course or who accompany their buddies to the local bar, Pat advises, “Consider how you might be driving your husband out of the house and into the basement, the golf course, or the computer.”

Think very honestly about this past week. Put yourself in your husband’s shoes. What did it feel like to be greeted by you? What kind of mood do you set in the home? Are you pleasant? Confrontational? Apathetic? Would you like to be welcomed home in the way you welcome home your husband?

Maybe you get home from work after your husband does. You can ask yourself some other questions. Do you regularly complain about your day instead of listening to him about his? Do you pour out your resentment that other women have it easier than you do? Do you make him feel as though he doesn’t measure up? Are you preoccupied with unanswered email? Are you a pleasure to be around?

Since Pat has undergone these changes, she says that “Rich now wants to come home. He wants to be with me; he wants to support me if I’m going through a bad time. When he does go away on trips, he’s careful to organize them in such a way that he can see the family as much as possible before and afterwards.”

We don’t have space in this blog post to recount all of Rich’s perspective on the dramatic change in his wife and marriage (he offers many helpful comments covered in the book), but one thing in particular that drew him back was Pat’s renewed relationship with God, which to Rich became contagious. Like Pat, Rich exchanged a “cultural Christianity” for a real faith. If you ask him why he’s more involved at home now, Rich says, “There’s no treasure in the other activities, no inheritance; it all gets burned away! I still put in a good day at work, and I still love to hunt and fish, but I realize that, from the standpoint of eternity, they’ll all pass away.”

How interesting; the man who once threw himself into work and outdoor sports because of their solvable nature and tangible rewards now recognizes that their rewards pale in comparison to God’s promised rewards in eternity.

In my view, that’s why Pat’s mission “worked.” Instead of trying to change Rich for her own sake, she drew closer to the Lord, captivated Rich with her own example, and in a godly way encouraged Rich to reevaluate his priorities according to God’s standards. Rich needed another measuring stick. Marriage, faith, and family life take more effort than work and fishing — but they offer much greater rewards.

Your first movement toward your husband should be, as it was for Pat, a movement toward God. When you give yourself first to God, you open yourself up to his correction, affirmation, and redemption.

Following that, the magic question will work well for both husbands and wives. In the face of your disappointment, be bold to ask,“What would you like me to do for you that I’m not doing?” If you heed your spouse’s words instead of taking offense, you can slowly transform your home into a more pleasant place for her or him to be — and therefore make your spouse want to come home.