The Difference Between Forgiveness and Trust 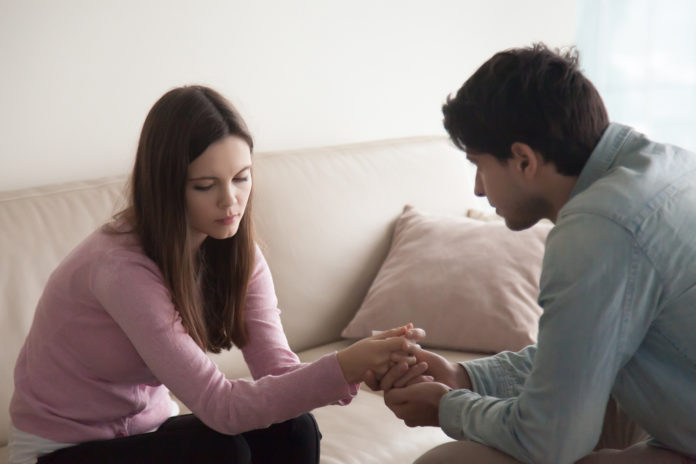 Understanding the difference between forgiveness and trust is critical to every marriage. When Jason and Alisha met with my wife and I they were in tough shape. Jason had just found out about his wife’s affair and he was very angry. Understandably so.

With a great deal of emotion he said, “I’ll never forgive her for this.”

This is not an uncommon situation. My wife and I regularly meet with couples that have experienced a major breach of trust. Sometimes, there is a shocking revelation and sometimes it is something that occurs over a long period of time.

One of the most common is infidelity. One of the partners learns about their spouse’s adultery and is deeply hurt. There are other big breaches of trust – addictions, abuse, lies, irresponsible handling of money, etc.

The marriage relationship can heal, but it will take some time. The hurt needs to be processed.

At some point in the healing process, couples need to deal with forgiveness and trust.

This is where it gets confusing and misconceptions are common.

Ideally, a relationship is restored when both partners forgive each other and agree not to do the harmful behavior. That sounds really easy, but it can be a long process.

Separating forgiveness and trust makes it easier to work through the process. We explain that there is a forgiveness process and there is a restoring trust process. They are two different things.

When we don’t separate forgiveness and trust, it confuses the issue. We hear things like:

“I thought you forgave me, why do you keep bringing it up?”
“What you did is not right and I can’t condone that.”
“Let’s forgive and forget, OK?”
“I’ll forgive when they…”
“Doesn’t the Bible say you have to trust me again?”

I’ve experienced two types of scenarios. One scenario is the person who offers forgiveness very quickly and then works through the hurt.

The second scenario is that a person wants to process all of the hurt before they say, “I forgive you.”

Regardless of the approach the person takes, here are two big truths:

Often, the offender doesn’t like hearing about the hurt they have caused. The worse thing they can do is to ignore or dismiss it.

The offended one needs to grieve, but they also can’t stay there. There is a time for being hurt and angry and there is a time to let it go. There isn’t an easy answer for how long this should take.

We break it into two processes: the forgiveness process and the trust process.

Forgiveness in marriage is about giving up the right to a debt. It’s about releasing the hurt, anger and resentment. The offended party is the one that needs to process and release the hurt.

Read Next on Thriving Marriages  Loving, Not Resenting, That Your Spouse is Different.

The steps to forgiveness is about not getting stuck in either resentment and anger or dismissing the hurt and shutting down your feelings. When you have truly forgiven someone, there isn’t any more resentment. You can talk about it without pain.

What is Rebuilding Trust?

Trust might require that the offender understand the hurt that they have caused. This means listening to your spouse explaining how you have hurt them. It might mean hearing some of the same hurt over and over again as your partner works on grieving and understanding what happened.

Trust also requires predictable behavior. In other words, I know where you are and I trust what you are doing. This might mean agreeing to being monitored by your partner as you prove your trustworthiness.

How to Separate Forgiveness and Trust

When Jason told us that he would never forgive Alisha, we suspected that he had a misconception. Jason was a Christian and he knew the teaching on forgiveness in marriage.

I asked him to tell me more about that comment. As he talked, I realized that what he really meant was that he could never condone her actions. To him, if he forgave her it was somehow saying that her behavior was acceptable.

Alisha agreed that what she did was wrong.

We separated forgiveness and trust. We explained that there is a forgiveness in marriage process and a trust process. We wanted him to forgive her, even if he left Alisha.

This means that he has to work through his anger and hurt. Forgiveness is letting go of the pain, regardless of the Alisha’s actions.

We explained to Alisha that she could help Jason to process his feelings by listening to him.

The two of them wanted for their relationship to be rebuilt. That would require a process of rebuilding trust. Alisha would need to work on demonstrating her trustworthiness.

We talked through ways that Alisha could demonstrate that she wasn’t in contact with the other man. She allowed Jason access to all of her online accounts and her cell phone.

Trust is not instantaneous. It takes time to reestablish.

Jason and Alisha worked on forgiving and rebuilding trust at the same time. It was a tough road, but today they have a fantastic marriage.

Separating forgiveness in marriage and trust helps the couple to not be confused by misconceptions.