Remember to Cherish What’s Special In Your Spouse. 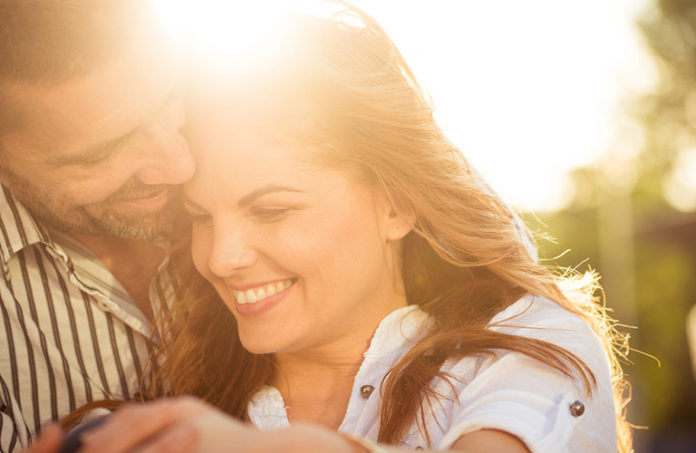 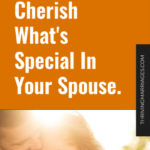 Each one of you also must love his wife as he loves himself, and the wife must respect her husband. –Ephesians 5:33

One cold winter day in a Washington, DC, metro station, a musician set up his spot and began to play a violin. His violin case was open to receive donations from any who would pass by and drop a coin into his rather ragged container. Most of the people on that busy day briskly walked past him as he played six pieces from Bach for about forty-five minutes. Later someone calculated that at least a thousand people had walked past him. Most didn’t seem to notice him at all; a few smiled and dropped some coins in his case. Only a child begged his mother to stop and “listen to the pretty music.” During this “concert in the metro,” the musician wearing tattered clothes received offerings from twenty-seven people, totaling just shy of thirty-two dollars. Hardly anyone stopped to fully appreciate the music.

All those people didn’t realize that the violinist was Joshua Bell, one of the greatest musicians in the world. And just that week he had played before a sold-out theater where the seats averaged more than one hundred dollars a ticket. The violin he played was a Stradivarius worth $3.5 million.

When we heard this story, we wondered where the places are in our lives that we take beauty for granted or miss opportunities to treasure the gift of marriage and family we have been given by God. Far too often we walk right past opportunities to appreciate each other for the simple things.

Read Next on Thriving Marriages  Husbands, Here's What God Expects You to Be.

Do you ever take your spouse for granted? If you are like us, you do. How about making a pact together to love each other equally when things go right in your life and when things go wrong? If you get a second chance, grab it. Value your marriage for what it is: a precious gift from God.

Someone once told us to “forgive quickly, kiss slowly, and enjoy the little things, because one day you may look back and realize they were the big things.” God never promised marriage would be without problems. He just promised it would be worth it. Scripture says, “Love your wives.” The actual Greek meaning is “keep on loving,” or even “keep on treasuring” your wives. This command, of course, goes for wives toward their husbands as well. The goal is oneness with your spouse. “For this reason a man will leave his father and mother and be united to his wife, and they will become one flesh.” (Genesis 2:24)

FAITH CONVERSATIONS:
• What areas of our relationship do we sometimes take for granted?
• Let’s take a moment to affirm in each other traits that we haven’t affirmed for a long time.
• When we look at our marriage as a gift from God, how does it change the way we think about our relationship?

A STEP CLOSER:
YOUR MARRIAGE INVENTORY
Grab a pen and paper, then take a few moments to write down ten things that are right about your marriage and share the list with your spouse.

(Excerpted from Closer: 52 Devotionals to Draw Couples Together by Jim and Cathy Burns; Bethany House, 2009.)