HomeBalanceHusbands, You Are Third On Your Wife's Priorities List
BalanceCommitmentFeaturedSpiritual Growth

Husbands, You Are Third On Your Wife’s Priorities List 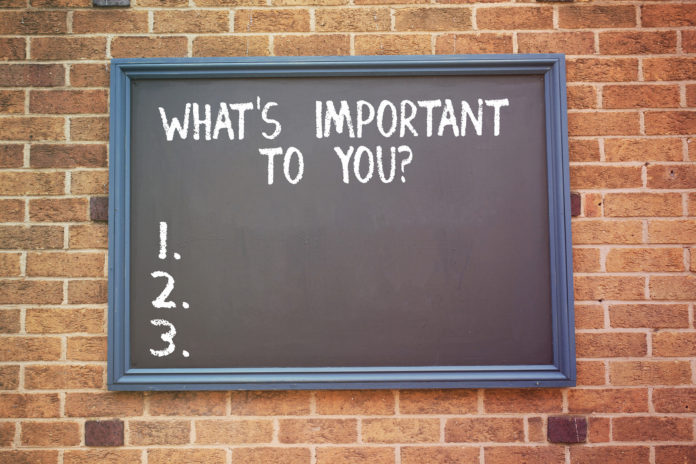 One of the most frequent requests I get is to write a book specifically for husbands. The reason I haven’t done that is largely because publishers know men don’t buy many books. I’ve brought up the possibility of doing a book for men in three different rounds of contract negotiations and the publishers always direct me somewhere else. I understand that Christian publishing is a business and they are trying to be responsible. But if I were to write a book for men, the thought that a man should think of himself as “third” in his wife’s list of allegiances would form a chapter. And men, if you feel singled out by this post, just remember I’ve written an entire book for wives (Sacred Influence), so you can’t legitimately say I’m picking on guys.

In order to have a God-honoring marriage, I have to realize that I come in third in my wife’s allegiance. Lisa is God’s daughter first, God’s servant second, and my wife third. The best marriages will be built on husbands keeping these priorities in mind.

Before Lisa is anything else, she is God’s daughter (1 John 3:1). Since there is no marriage in heaven (Matthew 22:30), her relationship as God’s daughter is her primary, eternal relationship. Because of this, I want her to receive affirmation, encouragement, and spiritual nourishment from her heavenly Father on a daily basis, which means my role as her husband is to make sure she gets the time and space she needs to connect with God.

Husbands, if your wife has young children, one of your primary concerns should be making sure she has windows every day to live her life as God’s daughter. You may not be able to give her an hour quiet-time, but there should be moments every day when she can at least get away to read a devotional and pray or worship, however she best connects with God. And make sure she has regular times of corporate connection with other believers—attending church, and preferably a small group, or Bible Study. Before she is your wife, she is God’s daughter. She needs the joy, strength, resolve, and purpose that comes from regularly connecting with God. If you keep that relationship primary, you’ll actually benefit as a husband. Whatever you need to do with helping to keep up the house and watch the kids so that she can do this, you should do.

Your wife’s second call is to be God’s servant. Jesus tells all of us to seek first the kingdom of God (Matthew 6:33); not seek first an intimate marriage or a happy husband, but the kingdom of God. When a woman called out to Jesus praising Mary, “Blessed Is the mother who gave you birth and nursed you,” Jesus replied, “Blessed rather are those who hear the word of God and obey it.” (Luke 11:27-28) Back then, a woman was valued primarily for family—including what her children accomplished. Jesus directly refutes this as a woman’s only value, saying He also exalts women who embrace His truth and go to work on behalf of His kingdom.

Paul even urges some widows in 1 Corinthians 7 to seriously consider staying unmarried so that they can more fully devote themselves to Kingdom work. The unequivocal call of the New Testament is that a woman’s highest call isn’t to find a husband to help but rather a Savior to serve. (Though, of course, once a woman decides to marry, helping her husband becomes a necessary act of obedience.)

Thus your wife’s identity as God’s servant comes before her role as your wife, because as God’s servant she may have to challenge you, correct you, or if you are abusive or persistently unfaithful, separate from you and perhaps even divorce you. If I am engaging in destructive behavior, as God’s servant my wife’s role is to call me out. If I don’t listen, as God’s servant her call is to expose me in a redemptive way to Christian leadership that can call me to repentance. If she sees herself as my wife first, she may opt to please me instead of speaking the hard word, so I have to affirm her that she is God’s servant before she is my wife.

Men, this shouldn’t threaten us; it should make us feel protected. God’s will is always best. Sinning is always destructive, especially in the long-run. We are all capable of deceiving ourselves. When we marry women who see themselves as God’s servants above being our wives there’s a certain security that they won’t sit idly by while we destroy ourselves. This is a good thing, if, indeed, we believe that God’s way is best.

The other implication of her being God’s servant before she is our wife is that we need to honor and support her spiritual gifts and calling. We shouldn’t view our calling as more important. Maybe we need to be the ones who watch the kids in the evening so that our wife can be at the church, or doing something in the city, or attending a meeting, etc.

In a recent sermon I challenged the popular statement, “Happy wife, happy life.” In a way, that statement can be sexist (not that every person who uses it intends it in a sexist way). It’s close to saying, “Just give her chocolate and coffee, and an occasional piece of jewelry, and she won’t cause you too much trouble.” A much better expression—though not half as witty, poetic, or pithy—is “Fulfilled wife, happy life.” If your wife is living out her calling in the Lord and feels fulfilled because of it, you will be truly blessed and inspired as a husband. If she believes her calling is to focus on building your marriage and raising your kids during this particular season, then her role as God’s servant will preclude her from being resentful of the demands of being a wife and mother. She is doing this in obedience to God not because she feels trapped by you. But she must understand that you support and affirm her duty to obey God’s call to be His servant even above being your wife.

And third, she is your wife. Because we are so high on her list of priorities, we should do all that we can to make this relationship gratifying, connected, and joyful. We should seek to be engaged with her, interested in her, and absolutely faithful to her in all aspects. If we stray mentally or physically, we have undercut her third most important call in life. We shouldn’t tempt her to become a mom first by neglecting her so that she desperately seeks comfort and solace in putting her children above us in her affections. If the third most important call in someone’s life is in ruins, there is going to be great sadness and even misery. It’s cruel to let this happen, as much as we can stop it. When we neglect putting the same effort into our marriage as our wives do, we frustrate them. They want to be faithful to their third highest call in life but we make it painful. Instead, we should make it joyful and fulfilling.

Guys, this truly is the path to the deepest, most fulfilling marriages: your wife is God’s daughter first, God’s servant second, and your wife third. Release her to the first two calls, and you’ll be doubly blessed by her fulfillment of the third call. Put the third call first, and she’ll lack the spiritual motivation and strength to fulfill it. It would be like asking her to run a marathon after she’s fasted for a week. God’s way is always best, wisest, and most fulfilling. When we obey, we benefit, and this is as true in marriage as it is anywhere else.

In other words, men, when we come in third, our family wins the race.

This blog is not written for women in abusive marriages. The advice offered in these posts will challenge both husbands and wives, but the advice could be counter-productive if it is applied in an abusive relationship.