How Married Do You Want to Be? 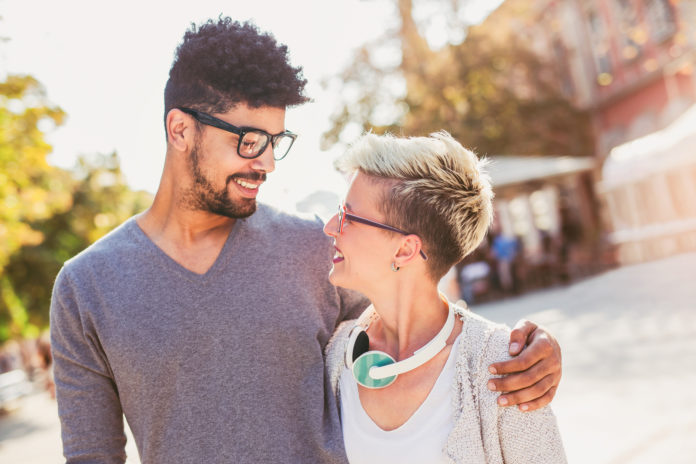 I want my wife to feel loved. I want us to feel connected, together, one. So let me ask you, how married do you want to be?

How earnestly do you want to feel close to your spouse?

Enough to kill something for it?

“Anna’s” dad was an alcoholic, in the worst sort of way.

Many noble people fight against this addiction, but some—Anna’s father—never bothered to fight. He just surrendered to its allure and allowed his family to deal with the destruction.

If you’ve never been raised in a non-recovering alcoholic’s home, you don’t know the potential horror of that one word—waiting anxiously, every day, to see if your dad is in control of his emotions as he walks through the front door. Listening intently for when his words start slurring, knowing that when they do, you have to get away, as far as possible, fast.

It’s not easy for a young girl to be hugged close to her father in a rough and exaggerated hug, knowing her father’s affection is fueled by the alcohol, not his heart. An act that’s supposed to be intimate, reassuring, comfortable, and nurturing to the soul, becomes a threat, even a potential violation.

When she grew up and became an adult, Anna married a man who really liked beer. Plenty of men do. Martin Luther raved about his wife’s recipe for beer. John Calvin had dozens of casks of wine make up part of his pay package for his duties as a clergyman.

But every time Anna smelled the alcohol on her husband’s breath; every time her husband got a little too into the football game and forgot to drink an occasional glass of water or take in a little food along with the beer and his words started slurring just a little bit, she couldn’t repress the horror of a thousand childhood memories.

I wish I had talked to this couple before they got married. We would have flushed this one out in premarital counseling. But now the vows were made, the couple was set, and what were they do?

“That’s the wrong question,” I suggested, then talked about the concept from A Lifelong Love that typically gets the most reaction when I do a LLL seminar: Killing Spiders (you can read an early blog post on the concept here).

“Sometimes, to give birth to intimacy, you have to kill what keeps you disconnected.”

My youngest daughter has been in three different automobile accidents on the freeway and none of them were her fault. Freeway accidents are the scariest kind, and when you didn’t cause them, it’s all the more unnerving, because you can’t be more careful. You can’t change anything about the way you drive, because the way you drove had nothing to do with the accident. You realize how vulnerable you are just by being on the road.

Out of love for my daughter, when she’s next to me on the freeway, I drive like “Grandpa Gary.” I make sure there’s a good cushion between me and the car in front of me. When an idiot cuts me off or thinks his or her text message is more important than staying in their lane, I just move over and find a safer place. My daughter has a history that is indelibly printed on her brain; if I want her to feel safe, I can’t pretend that history doesn’t exist.

“But why would I do this when I like my beer and drinking it is okay with God?”

I live in a gluten-free household. We tried to have a mixed household (“You can use that side of the toaster, but not the other side”), but it just got to be too difficult to keep things separate. I want my wife to have a comfortable home. I don’t want my wife to feel threatened in the kitchen. She has a real body, with real needs, and gluten isn’t one of them.

So you won’t find gluten in our house.

I don’t mind this because I think a connected marriage is far more rewarding than maintaining an independent hobby, a particular diet, or even a special television show that I’d watch alone. Most of us don’t realize how much we crave intimacy, connectedness, and belonging. But then we get married and start running away from each other, hiding from each other, lying to each other, resenting the presence of each other.

I’m done with that.

If watching or listening to something bothers my wife, then that’s all the reason I need to kill it. If storing something in my house potentially threatens her health or sense of well-being, it’ll be out on the curb the next day. If any act of mine drags up horrific or even just painful memories from her childhood, the play’s going to end right there and the script is going to be rewritten.

I want my wife to feel loved. I want our marriage to be close. I want us to feel connected, together, one. And there isn’t a beverage, food, television show, hobby, or activity that can compete with the intimate oneness of marriage of sharing life together.

So let me ask you, how married do you want to be?

Enough to kill something for it?

If so, asking whether something is “biblically allowed” isn’t always the wisest question. You’re not married to the Bible. You’re married to a real person, with a real history, and real hurts, many of which he or she didn’t choose but just had to suffer through.

Do you want to feel connected, or not? Do you want an intimate marriage, or a roommate? Do you realize that having a connected marriage with your wife is going to be more rewarding and fulfilling than lost hours of video games with “friends” you’ve never actually met, shows that make you forget about life but also keep you from engaging in real life, or addictions that medicate the temporary pain while also delaying the cure?

If you want a closer marriage and haven’t yet picked up a copy of A Lifelong Love, check out the reviews on Amazon and Christian Book Distributors, as well as other book selling sites. Many individuals and couples are finding great help in stopping the drift that pulls us away from each other; learning how to worship their way to a better marriage; and growing together as they pursue a new understanding of love. The testimonies Lisa and I hear and read convince us that this book can make a real difference in your life and marriage. If you want to learn how to systematically and spiritually grow closer together, with God as the chief architect of your marriage, A Lifelong Love will point the way.

This blog is not written for women in abusive marriages. The advice offered in these posts will challenge both husbands and wives, but the advice could be counter-productive if it is applied in an abusive relationship.