Why Empathy is Key to a Sexually Satisfied Marriage 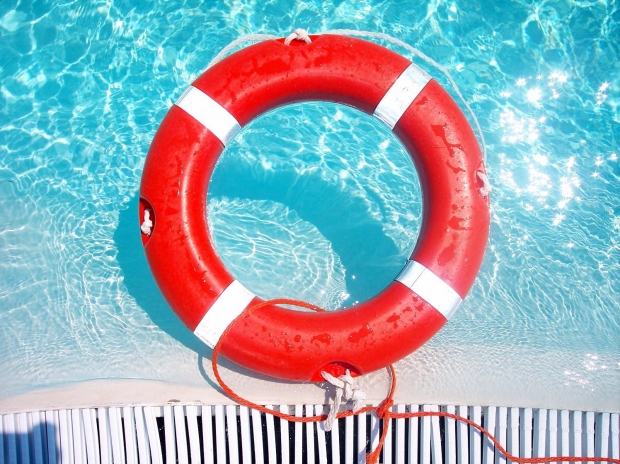 Do you have sympathy for your spouse, or do you have empathy?

It’ll show between the sheets.

Here’s the difference between the two, as described by Les Parrott, who has written a wonderful (soon to be released) book entitled Love Like That.  Sympathy means that if you are standing on a dock and see someone drowning, you throw out a life ring. I imagine ninety percent of people would do that. Empathy means that you’d throw out the life ring and then jump into the cold water to help them put it on.

It’s a lack of empathy that leads to so much sexual frustration in marriage. I have tried to help wives understand what it’s like for younger men in regards to sexual temptation and desires. I’m now in my fifties, and I can tell you there’s a big hormonal difference between someone my age and a young husband. Shaunti Feldhahn and Julie Slattery both seem to get this. The way visual cues can set a man’s brain whirring in this day and age requires a good bit of empathy from younger wives.

Having written, that, I’ve also said in many talks that “obligation sex” is a short-term strategy that doesn’t satisfy or work long-term (Sheila Gregoire has blogged a lot about this). But empathetic sex—when you really and truly care about your spouse, have compassion for their vulnerability and struggle, and respond out of love (not guilt, nor the desire to just get him to shut up already)—not only serves your spouse but builds up your own soul.

Here’s the thing: one (not the only) of the differences between “obligation sex” and “empathetic sex” is spiritual. It’s in the heart. It’s all about motivation.

The empathetic wife feels for her husband and jumps into the cold lake with him saying, “You’re not going to go through this alone, not without my arms around you to help you stay warm.”

The empathetic husband says, “I know you’re tired and I’ll do all I can to help. I also promise to make sure this sex isn’t just about me. You need to feel good, too.”

Just as younger wives need tremendous empathy for the plight and struggle of younger husbands, so young husbands need tremendous empathy for the exhaustion so many young wives feel that makes sexual activity seem like a chore. Few things try a person’s strength more than having a baby and toddlers in the same house. Add employment to the mix and you’ve got a prescription for survival-mode-thinking.

Empathy means “jumping into the lake” and doing the house work that needs to be done: changing the diaper, cleaning the toilets, making sure your wife gets some fun time out of the house time, and occasions to exercise (if she desires and values that). And when sex does happen, you make sure she feels so good she can’t, at the moment, remember anything bad.

“Sympathy” means you simply do the dishes one time, hoping that will lead to sex that night.

Good luck with that strategy, by the way.

Here’s the incredible empathy Lisa has demonstrated to me: In February, during my busiest speaking season, I came down with the flu. It was awful. During one major event (1500 people, and the church had been advertising it for months), I literally laid down on a couch until I got up to speak, and between sessions went back down and lied down again. Lisa became alarmed when she saw my face turn red and sweat beads grow on my forehead about 2/3 of the way through the last talk, but by God’s grace I made it through.

That night I started to get the chills. Lisa leaned over and held me close.

Read Next on Thriving Marriages  We All Believe Lies. Which Ones Do You Struggle With?

“What are you doing?” I protested. “You’re going to get sick!”

She then held me tighter. “I’m going to do whatever I can to get you warm.”

That’s empathy. That’s cherishing. That’s “jumping into the lake.” That creates in a man the kind of heart that would do anything for her.

I’m still amazed Lisa didn’t come down with the flu. To be fair, she did seem to have a few “off days” but only a very mild case. Of course, she attributes this to her immediate self-prescriptive daily dose of elderberry syrup (Lisa looks at the chemical-based Tamiflu as only slightly better than a frontal lobotomy).

Empathy, like cherishing, is all about the particular. Not every husband lives with the same hormones. And there may be guys in their fifties very angry with me saying I shouldn’t suggest it changes, as it hasn’t for them. I don’t mean to put people in boxes. I have a close friend who has told me pornography has never even been a temptation for him. It’s not something he has had to defend against or fight; he just never faced the allure. So, every husband is different. Maybe sex once or twice a month isn’t that big of a deal or burden to your young husband. But if he’d prefer it once or twice a week, he won’t feel cherished when it happens once or twice a month. That’ll feel like sympathy and pity. He’ll treat the occasional act of intimacy as a life ring thrown out to a drowning man just to get him to shut up. It might almost create resentment instead of gratitude.

A cherishing marriage and a Christian marriage should call us to empathy, to jump in the lake with our spouse whatever their need may be and bring them out.

Let me state at the end here that when I write a post challenging men, it tends to get lots of shares and positive comments. Every time I write a post challenging wives in any way, my assistant (a woman) knows she is going to have a difficult time dealing with the hate mail and the hate comments. Some wives are so frustrated with how their husbands are failing, they don’t want to hear one correction about how they may lack empathy.

Out of empathy (!) for my assistant then, let me make clear that I’m not telling abused wives they simply need to have sex more often with their husbands and everything will be better. This is not a post for wives who need to be saved from their marriages. It’s a post for wives and husbands who want to grow their marriages with empathy. And when I have more space to address this, like during an hour-long talk, I stress to husbands how sex has to be about giving and putting our wives’ desires first.

This is a short (and therefore limited) blog post making one point: let’s pursue empathy toward our spouse, the attitude of jumping in the lake with them instead of just throwing out a life ring, especially when we think about sexual intimacy. It’s a matter of the heart, and it’s one of the cornerstones of a cherishing marriage.