Candace Cameron Bure: Sex Needs to Be Celebrated Within Marriage 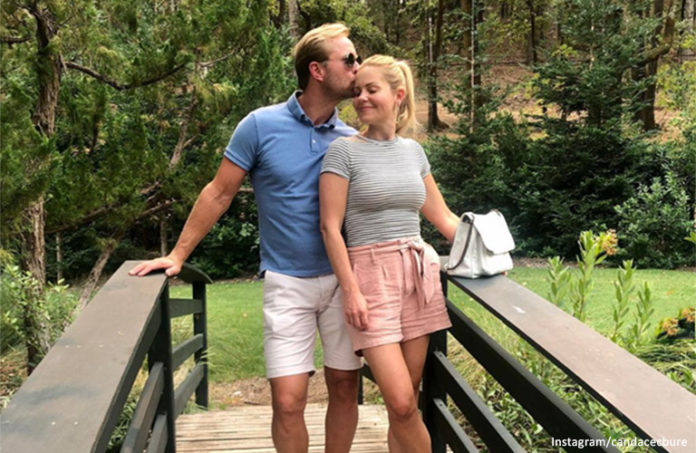 In the episode, Candace discussed the backlash she received from some of her 4.6 million followers when she posted a photo on Instagram that one of her sons took showing her and her husband Valeri smiling while he playfully grabbed her chest; the two celebrated 24 years of marriage this year.

She confronted her offended fans on her social media saying, “I’m sorry if it offended you,” she said laughing, “I’m actually not sorry…I’m glad we have fun together after so many years, he can touch me all day long.” 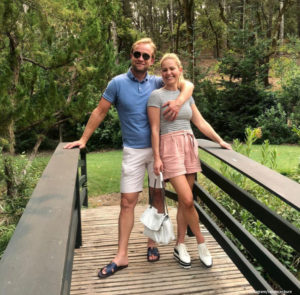 During the podcast, the Fuller House star explained the photo was all in good fun, but a handful of direct messages said it was inappropriate as a Christian to post a photo like that and you shouldn’t share this type of affection for the world to see. Candace told podcast host Guichet, “I stood up for it (posting the photo) and I was like…you know what guys…I’ve been married for 24 years. I’m a Christian. My husband is a Christian. And I am proud that we managed to stay married for 24 years!” She continued on, “The fact that we have fun and we flirt together: This is part of what makes our marriage work, and why I’m not bored. This is something to be celebrated as a Christian.”

“Sex doesn’t stop once you get married,” the former The View host noted. “Sex is the blessing of marriage and I hate when Christians are like, ‘No you have to pretend like you never had sex!’ ”

Candace explained that there is a view about sex in the Christian community that makes her sad. “If we (as Christians) are to promise ourselves to one another and preach saving yourself for marriage,” she said, “Then sex needs to be celebrated within marriage, and it’s not to be shameful.”

The coverage that her “fun, innocent” photo received “surprised” her because it is mild compared to what is seen every day on television and other media outlets.

Candace shared that she grew up in a conservative culture that didn’t teach her about sex, but instead placed a “shame culture” on it. She said, “When I got married (at 20-years-old), I was like…I don’t know how to adjust my brain right now…I am supposed to flip a switch and now embrace this and all of the sudden be a sexual person for my husband and enjoy it…and for a few years I would have sex with my husband thinking ‘Oh my gosh, is God looking at me and is this bad? Is (God) mad, is He not? But I’m married, so I should be honoring.’ It’s very difficult to flip that switch.”

“It has taken years to work through it (sex), and understand it, and enjoy it, and embrace it,” Candace said. Now she says that she is super open with her children, unlike her mother was, because she doesn’t want her children to have that “dichotomy” in their brain about sex. She wants to teach them that it’s a gift and something to be celebrated with their future spouse. “All my mother told me was ‘You don’t have sex until you are married.’ There was no why.”

“I probably annoy my kids, again because I have talked about sex with them their whole lives,” she reiterated. “I just make it a part of everyday conversation.”

The mother of three gave an example of when her daughter had a health class public school teacher in senior high tell the students it was important to explore sex with multiple partners so you can understand your body. Candace explained that because of the open, un-shameful communication she has had with her children about biblical sex, she could talk with her daughter. When Candace asked her daughter how she responded when her teacher said that, her daughter said, “I was just shaking my head through the whole thing….(because) I just know that’s not what God wants for us. That’s not how God tells us we should do that. That’s not what He intended it for.”

“This is what God’s Word says about it (sex); let’s talk about it,” she said. Candace revealed how she talks about sex with her kids, and she says she wants to hear how they feel about what God says and if they agree or disagree.

Listen to the entire podcast here.