Bad Sex Can Lead to a Good Marriage. Here’s the Surprising Reason Why. 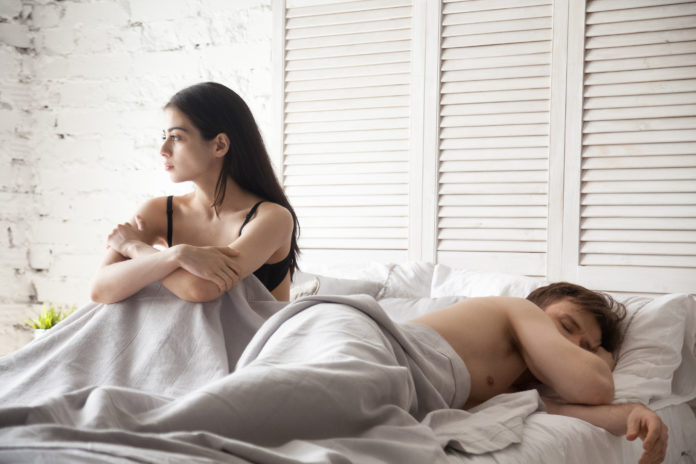 They fall in love and get married shortly after graduation.

Early in their marriage, Steve’s always raring to go. Anytime, anyplace, the more the better. Which, by the way, is part of a lie about what constitutes good sex–a lie that, ironically, leads to bad sex–in our culture.

Michelle likes sex with Steve, at least in the beginning. He’s spontaneous, adventurous and full of energy.

His desire helps her feel free and alive, like tapping into something sexual deep within her. But, she’s still unsure who she is sexually (incidentally, so is Steve, although it looks like he isn’t because he more closely fits a cultural norm.)

Life as newlyweds wears off, although it too has provided another level of pressure through the perceived perception others have of their “happily married couple” existence together. Maybe kids have entered the picture, or they’ve struggled to have kids but can’t, either way, things begin to change.

Steve is still the high desire spouse and wants sex any way he can get it, even if it’s bad sex. But Michelle begins to prefer routine encounters, usually focused on Steve because she’s feeling a little bit used but is in a bind of trying to appease him so he’ll back off a little, or at the very least stop begging.

In doing so, she sets her inner sexuality (i.e. her desires, identity, and pleasures) aside in an attempt to relieve the pressure from her husband. In fact, between the pressure from Steve and the stresses of her daily life, she sets it aside so much that she forgets she has it and even begins to believe she never did. The road to chronic bad sex has been paved.

Meanwhile, Steve doesn’t mind routine sex with Michelle. Certainly not enough to hold out for something more. After all, it’s sex! And even bad sex makes him feel less alone, though he has to resort to pleading and guilting his wife in to it.

This leaves him in a real bind. Because this isn’t just about horniness, contrary to popular belief, because actually he’d give up his very soul for sex, and now does so regularly. This happens because he not only accepts, but eventually begs for less than what he really wants.

Now we’re not talking about biological drive – we’re on to something much deeper.

Michelle picks up on Steve’s “neediness” – because at this point it’s presented as need, not desire. Big difference. Steve is in need of validation and Michelle is in need of a relief from the pressure … so she finds one.

She realizes that whatever leftovers she puts out there for Steve, he’ll lap it up. So that’s all she puts out there – the bare minimum. Thus, the birth of mercy sex. Actually, this is more aptly termed mercy f@%#ing because what’s happening isn’t just sex, it’s bad sex, impersonal and with an undercurrent of cruelty by both of them. It’s a crass, offensive term, and that’s why I’m using it. It fits the act.

Many times couples at this point believe what’s really going on is a communication issue. Many professional approaches teach this as well. And sadly, religious communities harm this process further by encouraging believers to submit and serve each other more, or show more love and respect.

They’ve wound up in gridlock.

Steve is seen as either the sex expert or a devious man. Because either sex is natural and everyone should want it (a lot), so what’s wrong with Michelle, OR he sees himself as devious and thinks he’s all wrong. At the same time, if Michelle is married to a sex expert then there’s something wrong with her so she must need to see a doc or therapist to help “fix” her OR if she’s in a marriage with a devious man then she can lord this over him. After all, it’s just his nature to be so out of control of himself, so he needs help from a therapist or doc in order to “fix” him.

Many couples endure sexual turmoil and private agony for years without knowing this is normal. And sadly, many couples end the marriage too soon before the process of working through bad sex can actually be used for their own personal development bootcamp.

Read Next on Thriving Marriages  Our Best Posts of 2018

Because bad sex is a developmental process.

When more couples can understand this dynamic they gain a big boost in working through the inevitable struggles it causes.

People seek out information to help improve their bad sex life because, sadly, many professionals and even the religious are subtly selling a lie that married sex is supposed to the great, mind blowing, hot and heavy, all night every night type of sex – or at the very least regular and somewhat enjoyable. Couple this ideal with the sexual wounding many people carry into relationships you’ve got a recipe for bad sex.

But what if there’s actually something bigger going on?

Perhaps you, like me, have bought in to your own detriments and shortcomings in the sexual arena. So when things don’t flow naturally you believe there must be something wrong.

To be more accurate and change our path forward, let’s put it this way.

You see, married sex is bad on purpose. This is because really good sex requires growing up, a.k.a. humility, maturity, generosity, and at least a developing sense of self-respect – and this generally develops later in life when wrinkles, cellulite and gray hair enter the picture.

Take Michelle’s treatment of Steve. Let’s say Steve starts paying attention to and caring that Michelle isn’t terribly interested in him. Let’s say he says that he doesn’t get the sense that she is really into him. Let’s say that Michelle takes offense and tells him that she’s sick of never being enough for him – that she gives and gives and gives but he is just never satisfied. If you’re paying attention here what you just saw is a cruel mind game. It’s Michelle trying to make Steve believe that she is truly “giving” and that it’s his problem that it’s never enough. But the reality is that she may be giving him bad sex – but she’s denying him the sweetness of her.

Instead of being straight about her low sexual desire for him she turns it in to him never being satisfied. It alleviates the pressure on her but it also prevents them from getting honest and moving out of gridlock.

Now let’s look at Steve’s part in all this.

Steve has been communicating quite clearly all along that his greater interest lies in getting instant gratification – not only of his sexual drives but also of both his need to be validated and his need to get control. He knows the she hasn’t been into the sex for a very long time but he takes it anyway. Some high desire spouses do this with begging and weeping. Some do it with an explosion of rage and physical dominance.

This, my friends is the darker side of marriage – one that most of us don’t want to look at – but it’s there, nonetheless. And when we’re not looking at it straight, it is in charge. But, when we look straight at these things in ourselves we may feel badly, but over time we can achieve something unique and powerful.

Sex in marriage, especially bad sex, asks for something from us.

It’s asking the Michelles of the world to deal with the pressure inherent in close relationships with courage, determination, and honesty. It is asking them to play it straight and plunge into the unknown world of letting themselves be truly seen – the good and the bad – and to be honest and assertive by living with more self respect so that passion, collaborative alliance, and love-making have a chance.

What we’re really talking about here is the development of authenticity and integrity.

And, it’s what makes the world a better place.

Editors Note: To learn more about this idea and what to do next, pick up a copy of Naked Marriage.