4 Things Newlyweds Should Know About Sex 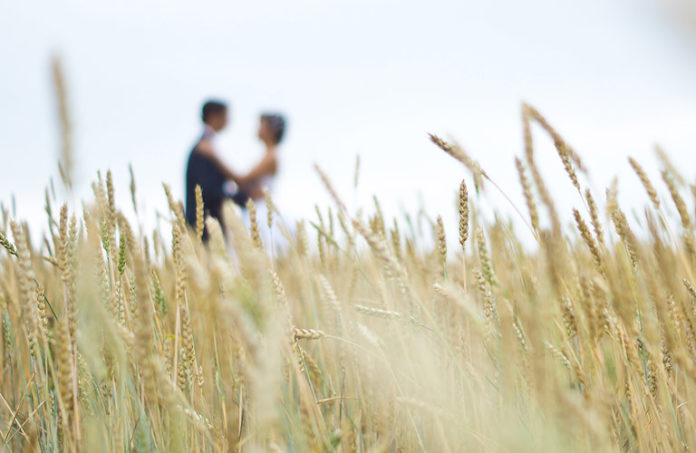 Today’s post about what newlyweds should know about sex comes from our friends at tolovehonorandvacuum.com and guest writer Ngina Otiende. Check out her blog here.

As a single woman I had dreams of easy connection and intimacy with my future husband.

Except soon after the wedding, effort and work became a close companion of our new life.

Thankfully, that was just the start. With deepening foundations, I learned that marriage can become more joy than a heavy production, and the backbreaking effort of the early years can pay off in a big way if we faint not.

It’s the learning part that surprises most new brides. We don’t quite anticipate the effort involved in becoming one: the emotional, mental, spiritual and physical exercise of transitioning from a happy singular person to a happy union of two, in the bedroom. In my newly published book The Wedding Night: Embracing Sexual Intimacy as a New Bride, I polled forty seven wives who read my blog about the challenges of intimacy in the early years. Most of them acknowledged going through a heavy season of learning.

3 Things Newlyweds Should Know About Sex

Looking back, there are three things I wish I understood about sex before I got married.

1. Sex is not everything.

I had elevated sex to “everything”. I thought it was the primary scale of the overall health and love in our marriage: our relationship could be summed up by the amount of activity going on in the bedroom. Alas, life outside the bedroom was bumpy and our bedroom was feeling the shaking.

Years later, I would begin to understand that while sex is a precious gift in marriage, it’s fluctuation should not define the entire marriage. I love something Sheila said, sometimes back in her article When Sex Just Won’t Work: Can We Have a Marriage Without Sex? “Sex is meant to be a part of marriage, but it is not bigger than your marriage.”

It’s an important headline for newlyweds because often they have been tutored to believe everything but that truth (and even when they’ve heard the truth, they don’t believe it until they face hardships.)

Yes, we are to strive for healthy intimacy and connection in our bedroom. But we need give our best energy to what is working, not what is not. It’s a delicate balance, learning to iron out the kinks in the bedroom while still stoking the fun and love. Yet without the balance, we run the risk of wearing down the relationship and bruising the very motivation we need to work on the challenges.

2. My husband has emotions, and they matter in the bedroom

I came into marriage thinking my husband can take anything. Mainly because my dad was a stoic man who displayed emotional intimacy rarely, no matter what was going on. (I now know he had emotions: he was just clever at hiding them.)

As a new wife, I pushed my husband’s buttons, not knowing he could feel rejected. And a man who is feeling rejected  might not be eager to pursue the source of his rejection. Author and marriage blogger, J Parker says “Relationship issues can tense men to the point that they don’t feel as drawn to their wives.”

Read Next on Thriving Marriages  Do You Have Too Many or Too Few Sexual Inhibitions?

Most of the advice we see about husbands and sex is that men are interested in one thing (sex) and when it’s on the table, they can shut out everything, including rejection and criticism from the woman they are married to. While it’s true that some husbands will pursue sex, notwithstanding the treatment from their wife, I believe most husbands want more.

They are not the emotionless only-want-your-body creatures they have been painted to be. Since knowing my husband has emotions, I have become better at phrasing concerns and understanding that how I treat him outside the bedroom influences our connection and depth inside the bedroom.

And you won’t be able to figure it out on your wedding night, or honeymoon. Or in a few months. And that’s okay.

I  was discouraged at the work and newness of sex. Even after reading books and excellent mentoring, I expected sex to be in the lines of rambunctious festivity, not constant learning and application.

Also, no one told me the work part was hidden in the strangest of places. Like the amounts of concentration needed for a woman to enjoy sex? My goodness! Apparently sex starts in the mind! Who knew?

I thought I was broken.

One of the wives who responded to my poll put it this way:

“Wedding night sex is not the best you will ever have. And that’s okay because you have the rest of your married life to figure it out.”

The route to better sex and overall intimacy is not despairing, hopelessness, passivity or fussing.

It’s the more grown up stuff, like having adult conversation with your beloved, talking to a mentor when you can’t resolve, researching and reading up to find solutions, trying again and again. And learning to hold on to Jesus tighter than you hang on to your guy.

In short, the route to better sex in the newlywed years is paved with willingness to take small steps, ability to celebrate small gains and good ol’ dogged determination.

4. You are not alone

I shared our wedding night journey on my blog and over the last three years, the single blog post has been read by hundreds of thousands. Following the wide readership, I began to receive emails and comments from engaged women and newly married women.

Their observations, angsts and questions plus our experience inspired me to expand my thoughts and turn the blog post into a book, which released two weeks ago. It’s titled The Wedding Night: Embracing Sexual Intimacy as a New Bride and it seeks to provide a road-map for sexual confidence in marriage, for the engaged woman and newlywed wife.

Check out the book here.

New marriage comes with adjustments and new brides can expect a season of learning. There’s no shame in learning to become one-flesh. Your marriage is not abnormal because you have sexual challenges. It’s what you do, after you encounter challenges, that determines the direction of your happily-ever-after.