HomeCommunicationThe Stories We Tell Ourselves: Why Most of Our Fights Start in...
CommunicationConflictFeatured

The Stories We Tell Ourselves: Why Most of Our Fights Start in Our Imagination … and How To Stop Them 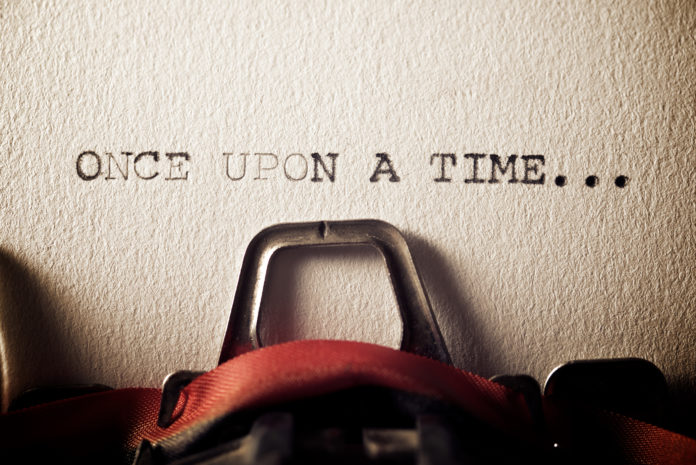 In her recent Netflix special author, researcher, and all-around national treasure Brené Brown describes an argument she  had with her husband. They were swimming together in a lake on a family vacation, when Brown was overcome with a sense of gratitude for the moment. Brown has a hard time being verbally affectionate, but she is–after all–a leading voice on the power of vulnerability, so she looked over to her husband and said “I feel so connected to you right now.” Her husband, normally the more touchy-feely member of the marriage, looked at her and said “the water is nice” and kept swimming.  This happened twice.

You can watch the special to find out how the story ends, but an observation Brown made at this point has really stuck with me. She described the story she began telling herself about her husband. How angry, defensive, abandoned, and accusatory she felt. And so she did something radical: she told her husband “the story I’m telling myself right now is …” and then asked him which part wasn’t true.

Spoiler alert: all of it was wrong.

And this moment of Brown’s talk leveled me because I do this to my wife, Christina. All. The. Time.

There are few things more powerful than the stories we tell ourselves. Stories provide the context for everything we do in life. When we’re at work, there’s a narrative telling us whether we’re working hard enough, how our coworkers perceive us, whether this career is satisfying, and whether the money we make is enough. When we exercise (or don’t!) there’s a narrative at work about our self-worth, body image, or ability to endure when the pain kicks in. There’s:

These stories determine our emotions, our reactions, our everything.

And boy oh boy is there the story we tell ourselves about our spouses. It’s not a question of “is there a story,” but of “do we know what the story is” and “do we know which parts of the story aren’t true?”

Since watching Brown’s special I’ve been paying more attention to the narrative in my head about Christina. It’s been very … revealing, which is a nice way of saying really terrifying and disturbing and oh dear God why am I such a terrible human being?

You know, that kind of revealing.

Christina and I have two young kids who cling to her 24/7. It makes sense that the last thing she would want after that is to give or receive physical touch. Not that she doesn’t push herself to be physically affectionate anyway, because she knows it’s my love language, but there are still times she just needs space. But sometimes when I try to hug her, or hold her hand, or initiate sex she won’t be ready for that. So reasonable, right? And yet the story I’ve noticed playing in my head is:

It’s a lie built on early childhood wounds, teenage rejections, and some struggles to figure out sexual intimacy in our marriage. And it’s a lie that turns me into a hurt, wounded, resentful, vindictive, passive-aggressive pain in the butt.

Believing this story leads me to withdraw or lash out at Christina who–reminder–has no idea what’s going on in my head. And when I treat her poorly from that there’s a story she tells herself based on half-truths and misunderstandings.

Read Next on Thriving Marriages  Actually, Communication in Marriage Isn't What's Most Important. What Is Might Surprise You.

Every day there’s a narrative in my head saying Christina doesn’t see everything you’re doing, she is always annoyed with you, she doesn’t value the things you value … and the way I respond fuels her story and ’round and ’round we go.

Imagine what happens when this narrative goes unchecked for days, weeks, years? It turns into a lie so insidious, so destructive, it will destroy the strongest of relationships. So often the stories we tell ourselves, when left unchecked, end this way: your spouse can’t be trusted.

The stories we tell ourselves: they matter, a lot.

When I was a single, mid-20s youth pastor I occasionally was the church’s “minister of the day (MOD).” We were a large church that people in crisis would turn to, so being MOD meant at any moment you might get called in to some intense pastoral care moments.

That’s how I, someone who knew nothing about being married, ended up counseling a couple in their 40s who started our time by saying “we’re going to get a divorce. Coming here is our last gasp at saving our marriage.”

I’m sure they were thrilled they got me as their pastor.

What I remember most from that conversation was how clear it was that small suspicions had built over time into insurmountable barriers. Somewhere along the line she believed he didn’t want to spend time with the family, and he believed she didn’t appreciate all  he did to provide. Kind of cliché right? And yet these narratives ran so deep, these suspicions had been believed for so long, it was impossible for this couple to view each other outside of them.

The stories we tell ourselves matter. So what are yours? If you’re not sure, here’s how you find out. Pay attention to every time your spouse sparks a strong negative emotion in you. Stop in that moment and ask yourself “what story am I believing right now?” Am I:

The good news about the stories we tell ourselves is that these stories can be rewritten. They’re in pencil, not ink. The beauty of the Gospel is that God is writing a new story for all of us, where everything is resolved into a happily ever after where all things are made new, and he’s doing that in part right now.

We participate in this rewriting by taking the stories we tell ourselves captive, erasing the lies in them, and replacing them with truth. So if you really want to be courageous, share this post with your spouse and schedule a time to sit together and talk through lies you’re believing about each other. Say “here’s the story I’m telling myself right now, which part of this isn’t true?”

What if some of your marriage’s biggest challenges came from bad stories? And what if you and your spouse started telling a better one today?

Share
Facebook
Twitter
Pinterest
WhatsApp
Previous article
Adultery Is Alarmingly Common, But It Doesn’t Have to Happen to You.
Next article
Want to Know How to Resolve Conflict With Your Spouse? Turn It Into a Source of Connection.
Joshua Peasehttps://tinyletter.com/joshuapease
Josh is a writer, pastor, and journalist passionate about discovering a more compelling vision of God's kingdom. You can read more of his work at joshuapease.co
RELATED ARTICLES
Communication