The 1 Thing Your Christian Marriage Needs More Than Passion 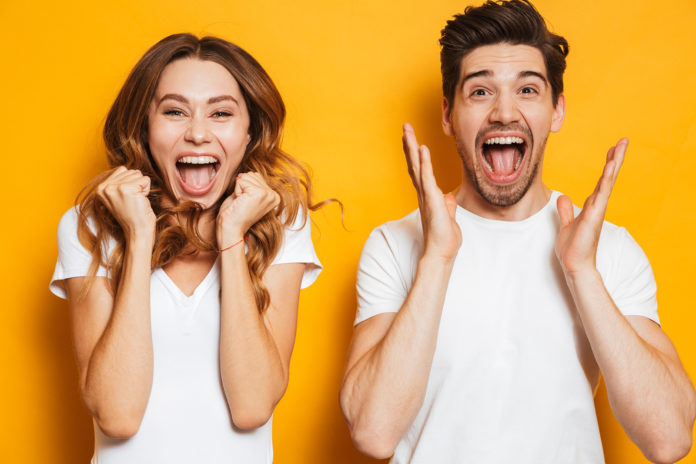 Your Christian marriage needs this more than passion. One thought from Angela Duckworth’s book Grit: The Power of Passion and Perseverance struck me as being particularly relevant for Christian marriage. While Grit is mostly about work and vocation, apply the following thought in relational terms and you’ll see what I mean:

“What ripens passion is the conviction that your work matters. For most people, interest without purpose is nearly impossible to sustain for a lifetime. It is therefore imperative that you identify your work as both personally interesting and, at the same time, integrally connected to the well-being of others.”

Let’s change the words just a little while keeping the principle intact: Passion without purpose is nearly impossible to sustain for a lifetime. A romantic infatuation with no greater end than our own delight is like soap bubbles, fog, and a sunset—fascinating and ephemeral at the same time.

My own marriage has deepened to the same extent that Lisa and I have found a purpose behind our passion, and that purpose is help people become “closer to Christ and closer to others.” We both know our marriage isn’t simply about ourselves anymore (it never really was), and we continue to grow in respect and appreciation for each other as we each seek to extend ourselves on behalf of others.

If you think about it, it’s only natural that you will feel more affection and respect for someone who is doing unselfish things. As you get older in your marriage, admiration must begin to replace fascination.

It’s a doomed mission to remain fascinated with someone you know so well, but the same intimate knowledge that undercuts fascination is what builds admiration, if you and your spouse are living an admirable life.

One of the best things about being a Christian is that God equips those whom he calls. When you step out in obedience to make your life one of service, God’s Holy Spirit will empower you so that you can do more through Him than you could ever do on your own—all the while drawing your spouse’s respect and admiration in the process.

My book A Lifelong Love has an entire chapter on how important a sense of mission is to a thriving Christian marriage, including how to find that mission. I describe what I call “the magnificent obsession” as being partners who aim to live out together Jesus’ words in Matthew 6:33 to seek first his Kingdom—to focus on accomplishing His work above our own personal agendas. Whether that leads you to dedicate your lives to the arenas of education, small business, the arts, or the local church, your relationship will grow in proportion to an ultimate purpose that goes beyond your happiness and seeks to bless others.

The best relationships have plenty of delight, but delight is sort of like icing—while you may crave it, it only makes you hungrier sooner rather than later if there isn’t something substantive beneath it. Think of “romance” as the carbs and “service” as the protein of Christian marriage. You don’t have to choose one over the other, of course, but you will get hungry sooner rather than later if you try to subsist only on carbs.

Read Next on Thriving Marriages  An Extramarital Affair Is Always Intentional

God made your body to need protein. He made your soul to need selfless service. Trying to keep a marriage together without it goes against his creational design from the very beginning: “God blessed them and said to them, “Be fruitful and increase in number; fill the earth and subdue it. Rule over the fish in the sea and the birds in the sky and over every living creature that moves on the ground” (Gen. 1:28).

“Serving together” may not sound “romantic” to some of you, but living a life of purpose has given me more romantic feelings for my wife, not less. I don’t know that either of us has ever felt more “in love” than we do now, thirty-four years into our marriage. Maybe we’re just getting the normal “empty nester” bump that I’ve read about. But it at least feels directly tied to increased purpose and mission and working together more than we ever have.

So, to increase the passion in your Christian marriage or even to sustain the passion in your marriage, double down on purpose and mission. If you’re raising children, make sure you’re a team raising disciples of Christ. It’s not enough to raise them to be well-educated, well-mannered, and culturally “successful.” Decades from now, if that’s all you’ve done and they end up as selfish consumers who live trivial lives, you’re likely to say “to what purpose did we sacrifice?”

The only thing more fulfilling than doing work that you think matters is raising kids who do work that matters and who live lives that matter. Whether your child grows up to be a police officer, run a post office, own an independent coffee shop, be put in charge of children’s ministries or an entire church, or build a business that employs dozens or thousands of employees, if their faith drives what they do and influences how they do it, the thrill is immense. Just like marriage, parenting must have an ultimate purpose in order for it to ultimately satisfy.

Get away this weekend or even for a one-hour date night discussion and talk about how the two of you can use the resources and influence God has given you to have a new and greater impact on others in His name.  What has he uniquely gifted you to do? How can the combination of your strengths (even if one of you is primarily serving in the “support” role) point the way toward making the most of your life? If you have a copy of A Lifelong Love hanging around, re-read chapter 5, “Got Mission?”

Sustained passion needs purpose. If you want to build and keep the passion, you’ve got to find and build the purpose.