HomeCommunicationSelf-Righteousness is Satan's Favorite Attack Against Your Marriage. Here's What You Can...
CommunicationConflictFeaturedSpiritual Growth

Self-Righteousness is Satan’s Favorite Attack Against Your Marriage. Here’s What You Can Do About It. 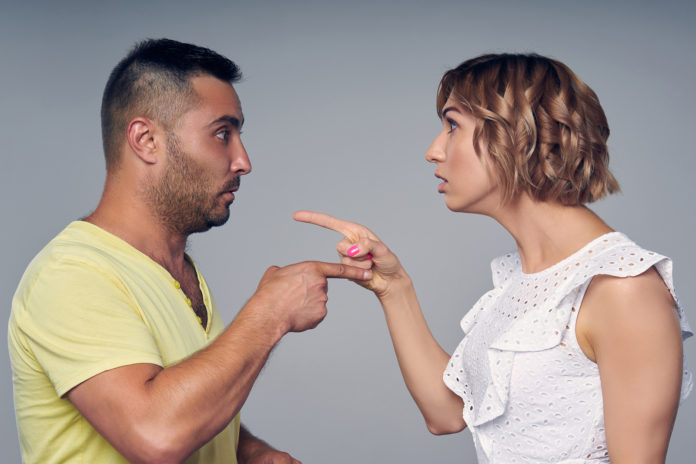 What if one of the most dangerous attitudes for believers is self-righteousness?

What if it’s possible to be “right” and toxic at the same time?

What if, in the name of doing God’s work, we find ourselves furthering the cause of Satan?

One of the most vicious and subtle attacks on God’s church, according to Brooks, is Satan’s determination to destroy the saints by dividing them, until we “bite and devour” one another (Gal. 5:15). One of Satan’s favorite tools to accomplish this aim, according to Brooks, is the saints’ own self-righteousness. We catch somebody doing or saying one thing wrong, and then use that as license to destroy them and everything they are.

Brooks quotes Erasmus who showed how silly self-righteous judgment can be. Erasmus chastises a scholar who “collected all the lame and defective verses in Homer’s works—but passed over all that was excellent. Ah! This is the practice of many people, that they are careful and skillful to collect all the weaknesses of others, and to pass over all those things which are excellent to them.”

Homer’s writings are widely regarded as foundational works of great literature, but if you focus on his worst passages, you miss the beauty, power, and poetry of the best.

It would be like someone collecting videotape of Tom Brady’s worst plays, weaving them together, and putting out the video with a caption, “Tom Brady is not a great quarterback.” You ignore his nine Super Bowl appearances and six Super Bowl rings because, well, in a January 2010 playoff game against the Ravens he threw for just 154 yards and had three interceptions.

The chronicler reveals himself to be an absolute fool. Brady had a bad day, but he’s still a great quarterback.

Self-righteousness shame casting gets us angry and vindictive and then it snowballs. We look for more that is wrong, more to chastise, more we can use to “shame” who has now become our enemy as we “bite and devour one another.” We forget the human condition—that every person has strengths and weaknesses.

Dare I say it? Every ministry has truth and lies. The only perfect sermon was the sermon on the Mount. The only perfect book is the one God wrote. The only perfect spouses (Adam and Eve) didn’t stay that way for very long. This is the lesson I take from reading the Christian classics: there are often many nuggets of gold occasionally surrounded by a few pieces of excrement. I am most dangerous and most deadly when I become a stranger to humility and make myself the arbiter of all things true and moral and good.

Brooks asks why we “enjoy” self-righteous diatribes: “Tell me, saints, is it not a more sweet, comfortable, and delightful thing to look more upon one another’s graces than upon one another’s infirmities? Tell me what pleasure, what delight, what comfort is there in looking upon the enemies, the wounds, the sores, the sickness, the diseases, the nakedness of our friends?”

If we gather in groups to share our spouse’s shortcomings; if we meet after church to chastise the sermon’s weaknesses and the church’s failures, if we gather in blogs or on Facebook to organize and execute the most recent take down of the next victim, we may be giving way to one of “Satan’s devices.” Self-righteousness is like a snowball rolling down the hill that gets larger as it rolls, picking up momentum and force as others join in. Now, imagine an entire church or online community pushing that ball. I’ve seen some get so frenzied in their zeal they’d roll that snowball right over Jesus to attack the object of their disdain.

What if Jesus views that “object” of your scorn as his son or daughter? If you have kids you know they aren’t perfect. You know they make mistakes and occasionally do or say stupid things. But you can’t stop looking at them through the eyes of a parent, can you? You are still for themeven when you are against what they do or say. That’s the attitude of a graceful Christian—you remain for someone even when calling them into repentance.

God looks at every Christian you attack as his son or daughter. When we must disagree and confront sin and false teaching, we should do it with reverence. Christ died for the person you are attacking. Christ wants that person’s best. If we had to be perfect to merit God’s favor, no one would be left standing in the church.

I’ve said time and again that the biggest mind-transformation for me was when I “got” that Lisa is God’s daughter (1 John 3:1) and that as his daughter she is dearly loved (Ephesians 5:1). Any correction, any challenge, has to be done with the understanding that I am talking to God’s daughter. That calls me to more than respect; it calls me to reverence and divine gratitude. Her heavenly father has given me everything, and how I treat her says as much about how I view Him as it does about how I view her. If one of my children mess up, I know they need to be challenged, but I want it to be done with grace and understanding and good will, not hatred, malice, slander, or making them sound worse than they are.

Read Next on Thriving Marriages  Easy, Affordable Ideas for Your Next Date Night

It took me a little longer to extend this beyond my family to other believers. But this is why you won’t find me attacking books or people in this blog. I don’t know how to do it with reverence. I’ve seen my mentor J.I. Packer do it (just read Keep in Step with the Spirit). I’ve listened to another mentor, Dr. Klaus Bockmuehl, do the same with theological “opponents.” But it’s so difficult to do and it’s so easy to go from being right to being self-righteous, and that tiny gap is where you go from serving God to perhaps unwittingly furthering the cause of Satan who seeks to divide us by inciting us to bite and devour one another. “They sharpen their tongues like swords and aim cruel words like deadly arrows” (Psalm 64:3).

The world’s hostility toward the words and people of Christ grows daily; how much must it grieve our heavenly Father when he sees his children adding to this hostility?

Brooks says something shocking: “Does not God look more upon his people’s graces than upon their weaknesses?” Consider how God describes David as “a man after my own heart.” James reminds us to remember the “patience of Job” (5:11), ignoring the twenty chapters of Job’s impatient ranting. Rahab the prostitute isn’t remembered and condemned for sleeping with hundreds of men; she is celebrated for hiding two of God’s chosen. In some Christian quarters today, any individuals who did what these three did would be defined by their worst moments, cast out, and banned.

Bill Wilson, the founder of Alcoholics Anonymous is a hero to many who never met him but often felt like a train wreck waiting to happen to those who did. Wilson’s associates often lamented how such an unworthy man was the figurehead for such a worthy mission. Bill’s frustrated addiction to alcohol became arguably an addiction to sex, making him chronically unfaithful to his wife. The transfer from alcohol to sex addiction isn’t uncommon; in AA circles it’s derisively described as “thirteenth stepping,” and Wilson was one of the most prolific thirteenth steppers who ever lived. A long-term mistress, Helen Wynn, was actually a beneficiary in his will. And (this is particularly sad and heart-wrenching), in the last few weeks of his life, as Bill Wilson lay dying, nurses recorded three separate times that Bill demanded a drink and became furious when they didn’t comply.

Knowing all this, any fame-thirsty blogger could have written a good “take down” of Bill; his hypocrisy, his unworthiness to be a figure of renown. How could AA or its message be any good when its founder was so “bad”? But the program Bill launched—though imperfect—has benefitted tens of millions of people, helping them find the freedom that he never entirely did.

Can I be honest with you? If you get to know any of the people behind the headlines, they are all broken people with broken pasts. And broken people usually still have a limp. Some, like Beth Moore and Bob Goff, have bravely shared glimpses of their painful pasts. Others don’t have the strength or desire to share so freely (perhaps for some good reasons) but if you dug deeply enough, you wouldn’t find a single public face without some private shame.

We are all messed up, in some way. Stepping out of the sewer is a universal human condition. To step out in the public and be used by God, we might have washed our face but forgotten to wash behind our ears or still have something sticking in our hair. As a person saved by grace I want to extend grace myself and try to whisper to the person, “You’ve got grime on your neck” rather than laugh out loud, point it out to everyone, and make the person feel shame because even though they’ve left most of the sewer behind, a little stink is still sticking with them.

Here’s a warning: when God loves someone as a daughter or son and you tear that person apart, now you’ve got a problem with God. Read the book of Job; God was angry with Job for getting things wrong, but he grew even angrier with Job’s friends for the way they responded to Job’s errors.

Let me be clear: if my son or daughter was doing or saying something heinous, and another believer found a way, with grace, to confront and correct them, I’d be grateful for the person doing the correcting. My heart would be filled with love and gratitude for them. If they did it in a self-righteous way, however, destroying and attacking their person, even if I agreed with what they were saying I would hate what they were doing. Job’s accusers said many true things, but being against Job, even in his ranting, made God stand against them because “God opposes the proud but gives grace to the humble.”

God has one church—a very imperfect church. If we tear that one church apart, what’s left? An open playing field for Satan.

Share
Facebook
Twitter
Pinterest
WhatsApp
Previous article
Husbands, We Need to Be Fully Present With Our Wives. Here’s How.
Next article
Acceptance From Your Spouse Can Heal Your Past: The Science Behind Marriage’s Restorative Power
Gary Thomashttp://www.garythomas.com/
RELATED ARTICLES
Conflict