I Wasn’t Ready for Marriage 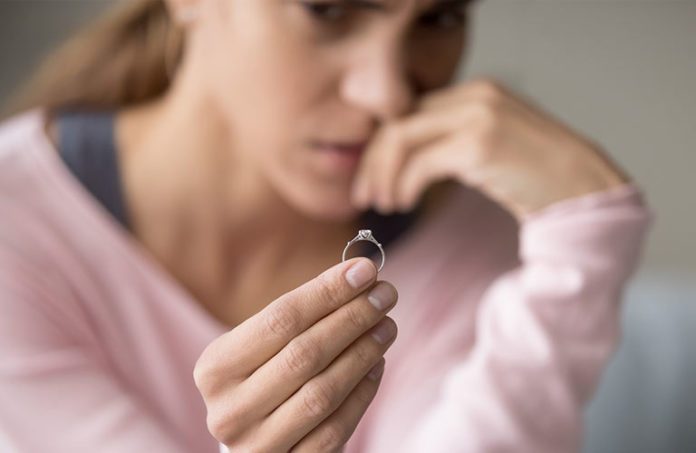 Recently, my husband and I passed a milestone: It’s been a year since he sent the text message that began our relationship: “Hey, you. Let me know when’s a good time to talk.” I yelped, tossed my phone, and ran downstairs panting, “I’m not ready!” I knew that he wanted to talk about us, and even though I’d known this conversation was coming and had waited quite impatiently for it to arrive, when it actually happened, I panicked because I wasn’t ready. The reality of starting a relationship with someone who I respected as much as I respected him scared me to death.

I Wasn’t Ready for Marriage

Perhaps this feeling of mortification only strikes naval-gazers like me, but if all of us took a moment to truly evaluate all that a relationship could bring, we might all become a bit less impatient for one and a bit more startled.

In the year since that phone call, I have understood the reality of my initial reaction: I wasn’t ready. In the 365 days that followed, though, I have started to learn that my unpreparedness is just a picture of Christ’s faithfulness.

I Wasn’t Ready to Be Hurt

Before marriage, I’d experienced the humiliation and heartache that often accompany breakups. Every time that pain would occur, in the back of my mind, I would long for marriage to a man who would never hurt me that badly again.

To love at all is to be vulnerable. Love anything and your heart will be wrung and possibly broken. If you want to make sure of keeping it intact you must give it to no one, not even an animal. Wrap it carefully round with hobbies and little luxuries; avoid all entanglements. Lock it up safe in the casket or coffin of your selfishness. (The Four Loves)

The truth of Lewis’s point quickly became clear to me when I got married. The more I would grow to love my husband, the more vulnerable to hurt I would become, and I wasn’t ready for that. As our intimacy would exceed that of anyone I’d known before, so would the potential for pain. Hurt feelings, hurt pride, and wounded hearts abound in the growing pains of becoming one.

I Wasn’t Ready to Be Molded

I was used to being single. In fact, I was just becoming good at it! I loved my family, my job, my friends, and my normal. When friends would tell me I was “a catch,” I’d smile and put marriage in that comfortable “someday” category.

When my husband came along, “someday” became “today,” and life as I knew it began to shift from single priorities to newly coupled ones. That vulnerability came into play as we began laying down our lives in bigger and bigger ways. The importance of communication became glaringly apparent as our new sanctification journey began. I wasn’t just me anymore; I was part of a team (Ephesians 5:31). And as romantic as that sounded in my head, practically, it became a constant battle.

Share
Facebook
Twitter
Pinterest
WhatsApp
Previous article
Steps Toward a Debt Free Marriage
Next article
Self-Care is Not Selfish. It’s Vital For Your Marriage.
Jasmine Holmeshttps://jasminelholmes.com/
Jasmine Holmes is a wife, mom, and speaker. She teaches humanities and Latin at St. Augustine Classical School. She and her husband, Phillip, have a son, and they are members of Redeemer Church in Jackson, Mississippi.
RELATED ARTICLES
Communication