HomeCommitmentHero Worship: The 1 Thing That Will Kill a Marriage
CommitmentCommunicationFeatured

Hero Worship: The 1 Thing That Will Kill a Marriage 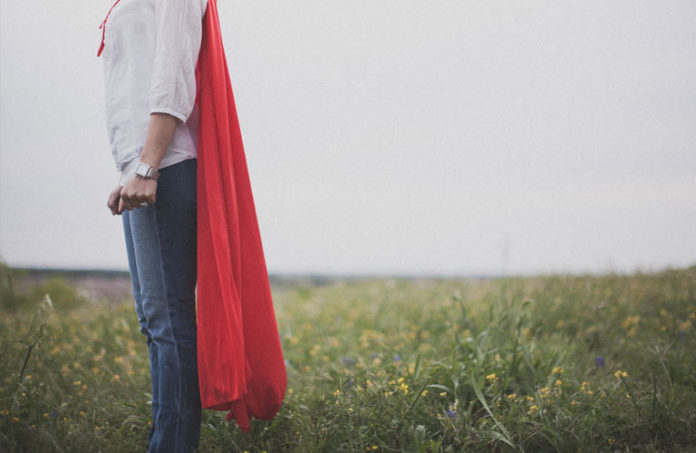 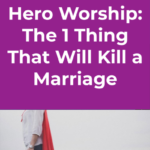 It’s a cliché now for people to proclaim, “When I was a young boy, my dad was my hero. When I became a teenager, I realized he was an idiot. Now that I’m older, it’s amazing how much smarter he’s become.”

But what if that’s not true for you? What if your family hasn’t reached the conclusion that maybe you know what you’re doing? As a pastor in a time of great political polarization and even moral divide—where even the definition of what’s moral seems up for debate—this notion that eventually our kids will come around isn’t always true.  How do you keep your spiritual bearings then?

Or what do you do if you are (or were) married to a gaslighting spouse? You believe you’ve loved your spouse with supernatural love, forgiveness and forbearance, and still, somehow, in your spouse’s mind, you end up being the villain…

This speaks to the fundamental notion of who our hero is. If I am my own hero and others mistreat or even challenge me, I’m going to be tempted to resent or hate them. How dare they attack me? I’ll be less inclined to respond with grace, empathy, kindness and compassion because I’m going to make it all about me. The danger that so rarely gets talked about is that toxic people tempt us to become toxic when responding to their toxicity. Ambrose, an early church father, warned believers of this over 1600 years ago when he wrote, “He who irritates us and does us an injury is committing sin, and wishes us to become like himself.” If toxic people make us respond in a toxic way, they win.

This notion of “who’s my hero” also protects healthy self-love and combats noxious self-hatred. If I am my own hero and I don’t live up to my own standards, I may start hating myself. This is my constant temptation. Because of what I do as a writer, speaker, and pastor, I take character seriously. Even so, I know there are weak areas in my life and I resent them. I was telling a friend/counselor about a bent in myself that I loathe, and he shocked me when he responded, “What else would you choose?”

“If you don’t want this weakness, what weakness or even sin would you replace it with?”

He had me. I was wishing for perfection. And why do I do that? I’m tempted to make myself the hero of my life. How long will it take me to learn the crucial lesson that my radical imperfection points me to Jesus, leading me to make Him the hero of my life? When I do that, I’m primed to be used by Him. But not one second before.

If Jesus is my hero, then when others mistreat me, I don’t have to make it about me, and I can love them in return and walk away without being obsessed with their opinion. Instead of fretting about them, I can meditate on God’s acceptance and affirmation and feel good instead of nasty.

If Jesus is my hero, even when I fail I’m newly grateful for God’s provision in Christ and turn to worship instead of self-loathing. My sin leads me to meditate on the heroic sacrifice of Jesus and the kindness and generosity of God’s forgiveness more than my rottenness. One leads to hope while the other leads to despair.

Because Paul’s hero was Jesus, he spoke with a ferocity and courage that so many of us lack today. Though he was challenged, attacked, and reviled, Paul reminds the Galatians that he is an apostle not because any human declares it so, or that he decided to become one himself. He calls himself an apostle “not from me or by man, but by Jesus Christ and God the Father” (Galatians 1:1). He testifies that Jesus is his hero when he describes Jesus as the One who gave himself “to rescue us from this present evil age.” And that sets up the courage Paul displays when Jesus is the hero of your life:  “For am I now trying to win the favor of people, or of God?…If I were still trying to please people, I would not be a slave of Christ” (Galatians 1:10).

In the end, it doesn’t matter what your parents, spouse, ex-spouse or your children think about you. Do what God has called you to do. Be who God has called you to be. Leave all evaluation with Him. Paul believed he was called by God to preach the message of God and accordingly was determined not to evaluate himself or his ministry by how he was accepted by women or men or even by himself.

If we don’t get to this place, we’re not of much use to God. Peter is such a powerful example of this. After experiencing so many miracles and hearing so many profound teachings from Jesus, he denied even knowing Him, just when it mattered most. This, after boldly proclaiming that even if the whole world turned against Jesus, Peter would never deny Him! Before the cross, Peter was clearly his own hero.

After he failed so spectacularly, Peter gets a little one-on-one time with Jesus. Jesus restores him, Peter realizes he’s not all that, and bathed in this new humility, just weeks after the greatest sin of his life, Peter preached a sermon at Pentecost that launched Christ’s church for all eternity.

If your spectacular fail leads you to make Jesus your hero, you could be on the brink of the greatest spiritual work of your life, something that will define you for all time.

I get a lot of email and comments on this blog from women and men who want me to give my blessing or agreement to a previous divorce. They want to be cleared, and sometimes go to great lengths to describe why they sought a divorce. It would be spiritual malpractice for me to set myself up as having the authority or knowledge to do that. I offer general principles, but in the end, we are all responsible to God for what we decide. Behind all this, however, is my belief that, regardless of what someone has done, I’m more concerned about what God is calling them to do, right now. Even if they have sinned, God can still use them. A lot of their insecurity may come from their desire to still be a “hero” to others: “Please don’t judge me for what I have done.” In many cases, that’s simply wasted energy.

I have been married for thirty-six years (today, as I write this!) so I’ve never been divorced.  But there are a lot of other things people could judge me for. That’s not the point! The point is that we can’t love others or ourselves or fulfill our mission before God as long as we remain our own heroes. If Jesus is our hero, and if the motive of our heart is to help everyone proclaim Jesus as the one true hero, we are on the launch pad ready to go into spiritual orbit. Buckle up your seat belt and watch as God lights the fire and leads the way.