Getting Rid of Marital Disappointment 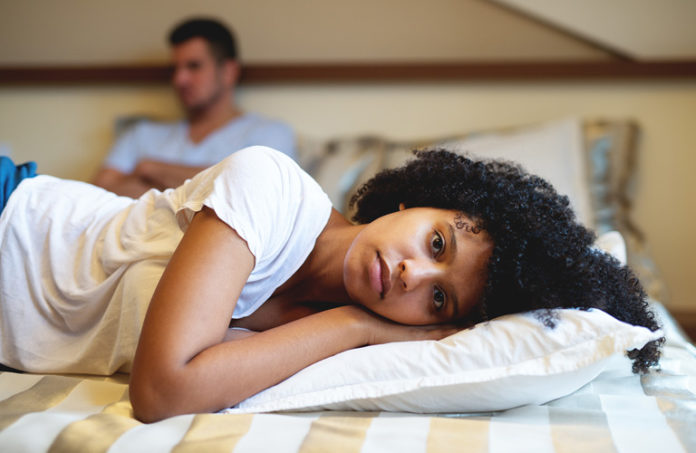 Today’s post about marital disappointment comes from our friend Tammie. You can check out more of her work here.

When I go to the hair salon, I rarely do anything dramatic. I usually touch up my highlights, cover the dreaded grays and request a trim. This required maintenance of split ends and dark roots is a mystery to my husband. When he sees the bill, he always questions why I spend over a hundred dollars just to walk out of the salon looking exactly the same.

I’ve considered coming home with a spiky purple mohawk so he can feel like he’s getting his money’s worth. But I am convinced that even if I did, he wouldn’t notice. And it turns out, I am not wrong.

I recently grew tired of long hair and decided a change was in order. I instructed my stylist to chop it shorter. She dutifully snipped over four inches off the length and darkened the color. I didn’t have time to let her style it so I pulled my hair up in it’s usual messy bun and headed home.

The next day, I rose early to wash, diffuse and primp my new do. I was eager to show my new hairstyle to Dave before he left for work. I headed downstairs where he was drinking coffee and dramatically walked past him. I figured at a minimum he’d notice I was wearing real clothes and makeup, if not my much shorter hair.

I poured a cup of coffee and sat across from him. We chatted about the kids schedule for the day, my upcoming trip and the weather. Still, he didn’t mention the hair.

I gave up on him noticing and pointedly mentioned that I’d chopped my hair off. Yesterday.

He sat up straight and scrutinized my appearance, a mixture of confusion and panic spreading across his face. Sensing he was entering murky feminine waters, he rallied with what he thought was the perfect excuse.

“I didn’t notice because you put your hair up last night.”

I smiled tightly and pointed out, “Well … its not up now.”

Dave slowly put his glasses on as if it would help him better assess me and murmured, “Oh, yeah. I see it now. Sure. I guess it does look a little different.”

Exasperated, I pushed him for a better response, “Its not just a little different. I cut over four inches off.”

Dave looked like a deer in the headlights as he tried to figure out what I wanted him to say. “I like it. So … uh … will you still be able to put it up … you know, like how you put it … up?” His voice trailed off  as my my expression became incredulous.

I couldn’t believe he didn’t realize the absurdity of his question. “Dave. Really? Me putting it up was your excuse for not noticing. Remember?”

It was painfully obvious that he was grasping at straws to make conversation about my new hairstyle. I started to feel sorry for this pathetic sap who was digging his own grave, and I couldn’t help but burst out laughing. He sighed with relief that he wasn’t in trouble and laughed at himself, too, as I mercilessly teased him.

It wasn’t until later that I realized the significance of this interaction. I didn’t get mad at him. And he sincerely tried to show interest in my hair even though he honestly couldn’t see the difference. And we wound up laughing together over it.

Read Next on Thriving Marriages  70 Great Conversation Starters for Couples

It took me a long time to stop expecting Dave to react like my girlfriend when I change up my appearance. He will not squeal with delight. He will not demand to know how many inches I cut off. He will not twirl me around in wonder like I am Cinderella at the ball. And if I expect him to, it winds up hurting both of us.

There are plenty of men who will notice their lady’s new hairstyle. My husband didn’t inherit that gene. If I want him to notice a haircut, I have to tell him I got my hair cut and exactly how its different. If I want his opinion on a new outfit, I have to drag him kicking and screaming to the store. If I want him to comment on just about anything regarding my appearance, I have to explicitly state this expectation. Then he usually obliges.

I had to stop expecting him to be someone he wasn’t and celebrate the person he is.

My husband has fifty things to notice in any given day and my hairstyle will never be one of them. It isn’t because he is a big dufus who doesn’t care about me. It is just not a way he shows me he cares.

Of course there is something to be said for a woman needing compliments from her man. But by and large, this is not something that comes naturally to my husband. So I have to give him grace and encouragement in this department and any others where he falls short or I will just wind up hurt or angry.

And, to take it a step further, I had to learn not to jump all over him when he makes an effort. Even if, like in the case of my recent haircut, his efforts are an epic failure.

Maybe there are areas where your spouse isn’t meeting your expectations and you find yourself perpetually exasperated or hurt by it. Maybe he doesn’t notice when you need help with the kids or the laundry or the yard like you wish he would. Maybe you are sick of reminding him.

Perhaps your expectations need to be adjusted.

By all means, clearly communicate your needs to your spouse. But it might be the case that yes, you do need to remind him every single time from now until eternity. It might just be the way he’s wired.  And it’s your choice whether you respond in anger or with grace.

Focusing on where your husband perpetually falls short and letting it be a nidus for an argument will get you nowhere in your marriage.

Better to give grace and gentle encouragement than hostility and anger. Better to remind yourself of the things your spouse does right than remind yourself how, once again, you were disappointed. And better to celebrate the person you married rather than wish he was someone he will never be.