That Bad News You Heard about Marriage Isn’t True 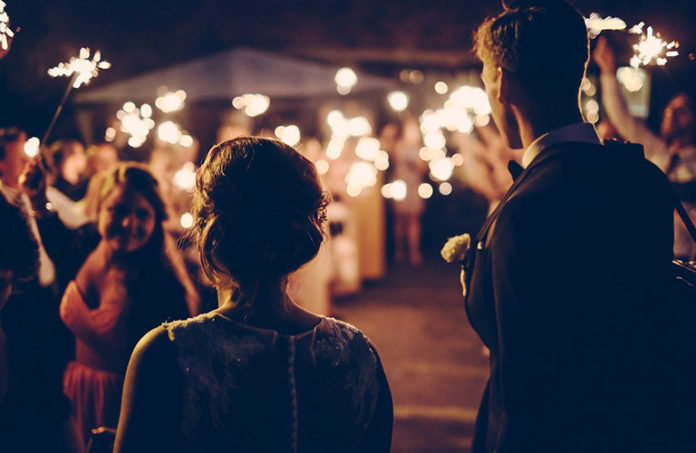 Sometimes it’s easy to be cynical about love, marriage, and happiness, but – with Valentine’s Day right around the corner – we figured it was time for some GOOD news about marriage, brought to you today by Christina Embree and Refocus Ministry.

Half of all marriages end in divorce, and that’s true, even within the church. Second marriages are even more tenuous.

Happy marriages are treasures, but few and far between.

The reality is…the institution of marriage is falling apart in America.

Have you ever heard these things?  Ever shared them with someone else?  Ever heard it from the pulpit or shared in a small group or (gulp) read them in a blog post?

Until this past week at D6 Family Ministry conference. I heard these things there too, but not in the way I’d ever heard them before.  This week, for the first time that I can remember, I heard the truth…the whole truth, shared by one of the foremost marriage researchers and analysts in the country, Shaunti Feldhahn.

In her session with us, Shaunti tackled each of these long-held beliefs one at a time and then challenged us with something so important: We NEED to tell our kids the truth about marriage.  Below are some thoughts from her about “marriage myths” and a challenge to us as parents and ministers to make sure our children and students know the truth, in an age where truth is relative and media driven, instead of found in God and based on reality.

Myths of Marriage that we tell our kids

This statistic was based on a study where the demographers were looking at trends in divorce and concluded it would lead to a 50% divorce rate if it continued.. But THE TRUTH IS divorce rates peaked in 1980 and has been dropping since. They are currently down 30% from that time.

No one knows what the actual rate of divorce rate but it’s probably closer to 25%. Most marriages last a lifetime.

#2 – Rate of Divorce is the same in the church

The study used for this came from George Barna who was actually studying belief systems and specifically excluded church attendance. THE TRUTH IS when church attendance was added in, the divorce rate drops 45-50% LOWER than the average.

Another myth that grew out of the same research is that  second marriages are doomed to fail. THE TRUTH IS actually 65% of second marriages make it for the remainder of the spouse’s lifetime.  (Since, according to Ron Deal, also speaking at D6 Conference, 100 million people are now in blended families, this is good news that we need to know and share with those we know and serve.)

We say things like “Marriage is hard.” This is not the best advertisement for the institution of marriage.   What we mean is marriage takes hard work. We tell kids that marriage is complicated but clearest trend in research is most problems are not caused by the big ticket issues, but in small things that are miscommunicated.

For example things like: Husband isn’t good with words but works 70 hours a week to provide for his family while the wife is feeling abandoned (70% of women would give up the stuff to get more of him). Wife says I love you and does loving things but also criticizes a lot and that’s the most painful thing for a man.

Simple but critical miscommunication over a long period of time is the leading cause of divorce, not the “headliner” issues.

Most people enjoy being married. Even people who were struggling in marriage, if they stuck it out for 5 years, rated their marriage as very happy after that time. It is so important to help people stick it out by telling them the truth.

Divorce looms really large in the eyes of a child, but that is the exception but not the rule. It is our job to make sure that they know that! We must pass along hope for marriages to our kids. Every kid needs to know that doing what the Bible says does matter. Every child needs to understand that marriage is a good thing, a blessed thing, and something that most people cherish, long for, enjoy, and are committed to.  They need to hear from us that marriage is a good thing, a gift from God and a blessing to us, so that they have hope. And frankly, so that we have hope.

We need to tell our children the truth.

We need to share it from the pulpit, in our small groups, with our own kids, and with our friends.  We need to encourage those we know who are struggling.  We need to speak truth into second marriages and blended families. We need to not allow fear to frame our world and create a self-fulfilling prophecy in the next generation.

Being aware of our culture includes being aware when we’ve been duped…and I admit, I was.  I am excited to speak about marriage to my kids, to give them hope and anticipation of their own future marriages , and to do so with the truth on my side!

Share
Facebook
Twitter
Pinterest
WhatsApp
Previous article
12 Ways to Steer Your Marriage Toward Divorce
Next article
10 Ways to Turn Up the Heat This Valentine’s Day
Joshua Peasehttps://tinyletter.com/joshuapease
Josh is a writer, pastor, and journalist passionate about discovering a more compelling vision of God's kingdom. You can read more of his work at joshuapease.co
RELATED ARTICLES
Commitment