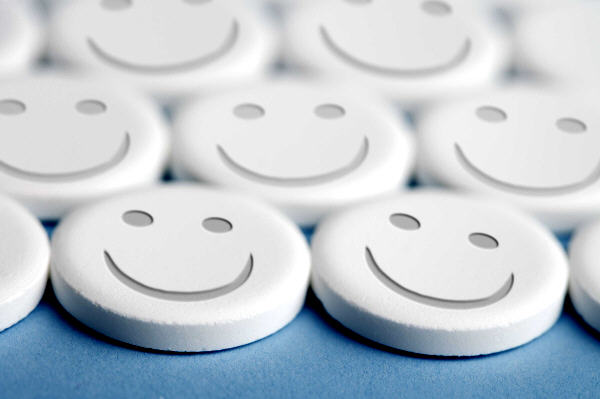 This is part two of a series we’re doing here at Thriving Marriages about anxiety. As I said in part 1 ,my personal struggles have convinced me that recognizing and properly confronting anxiety in your life is an enormous building block of a healthy marriage.

In today’s post we’re going to discuss an important – if sometimes controversial – way of doing that: medication.

Jesus loves me, this I know, for he gave me Lexapro

I first heard this tongue-in-cheek (but not really) saying from a co-worker as we talked about our struggles with anxiety. Today I think this twist on the famous children’s song is great, but I wouldn’t have a couple decades ago. I was raised in a church culture skeptical about psychology in general and mood-altering medication specifically. The overall theme I picked up was that psychology was humanity’s way of trying to escape the guilt and consequences of sin through fuzzy self-help techniques.

[tweetshareinline tweet=”It wasn’t said directly, but the idea was antidepressants were for unrepentant sinners & the emotionally disturbed.” via=”no”] I remember in college discouraging someone from taking antidepressants because it would numb them to the work God wanted to do in their lives.

This will be entered in to evidence as Exhibit 23,405 of how I was an idiot in college. 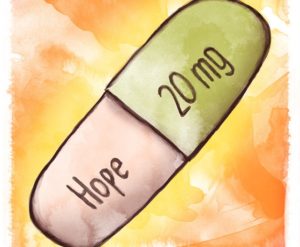 A couple years ago when things got really, really bad I would drag myself out of bed just long enough to say goodbye to the wife and kid, then get back in bed and pull the covers up over my head as a shield from the tidal wave of panic crashing over me.

When I would try to go out in public and do my job I’d find I couldn’t hold conversations with people. The moment I stopped talking, my brain would frantically scramble through the collapsing rubble of my life. I literally couldn’t hear what other people were saying because I was emotionally dying inside. Typing this now I can still feel a small percentage of what that week was like. It’s nauseating.

Fortunately that level of intense, chronic, debilitating anxiety only lasted a week, but it took nine months of trial and error before I found a medication that worked. I started with different doses of Lexapro, switched to Zoloft, and eventually found a dosage that worked for me. It turns out antidepressants are nothing like what I thought.

Antidepressants are a governor on a golf cart. Governors limit how fast a golf cart can go (much to the annoyance of pretty much everyone who has ever driven one). You can press down on the accelerator all you want but the governor shuts you down. [tweetshareinline tweet=”Antidepressants are a governor for your emotions” via=”no”]. Due to a variety of reasons – a genetic chemical imbalance, diet and exercise, prolonged periods of intense stress or sensory stimulation – your body isn’t able to self-regulate moods. For some people this shows up as deep sadness or malaise. For others, such as myself, this shows up as extreme bursts of energy that are physically painful. For many people its both.

Unlike what College Josh believed, antidepressants don’t make those feelings go away, they just keep them from “redlining.” People who have found the right medication and dosage notice their anger is suddenly controllable, their stress isn’t debilitating, and their depression doesn’t keep them from being able to socially connect. They still feel all those feelings, but they’re able to control them.

As you might imagine, this is very helpful in marriage. Well before my anxiety became debilitating, I would have flashes of anger toward my wife or kids that were out of control. I wouldn’t become physically or emotionally abusive, but I would have to get away from everyone before I said or did something I’d regret. Since my medication has been dialed in, my wife has noticed that my anger very rarely spikes like that anymore.

Because I am less anxious I have more emotional bandwidth to give my family. I’m not constantly stuffing down my out-of-control emotional world and can just be. Somedays are worse than others (ironically, today is a “bad anxiety” day), but they’re never like they used to be.

[tweetshareinline tweet=”Getting on antidepressants is one of the most God-honoring decisions I’ve ever made.” via=”no”]

Several years ago I had my appendix removed. It was infected and slowly leaking poison into my body. This would cause a fever along with sharp pains in my stomach , but after the procedure all those symptoms went away!

I say that because while I’ve never been judged by a Christian for having an appendectomy, I’ve experienced more than a few awkward silences or raised eyebrows when I tell people I’m on antidepressants. The truth is that they’re both legitimate medical solutions to a bodily ailment. There’s nothing unspiritual about either.

So here’s my question: If you’ve identified with this post and the last one, would you be willing to talk with your physician about antidepressants? You may not need them, but it’s worth a conversation. It’s possible there’s a whole level of freedom for you, both individually and in your marriage, that God wants to lead you toward.

And he might want to use meds to do it.

Share
Facebook
Twitter
Pinterest
WhatsApp
Previous article
Does God Prioritize Men in Marriage?
Next article
7 Tips for Increasing the Spiritual Intimacy in Your Marriage
Joshua Peasehttps://tinyletter.com/joshuapease
Josh is a writer, pastor, and journalist passionate about discovering a more compelling vision of God's kingdom. You can read more of his work at joshuapease.co
RELATED ARTICLES
Commitment