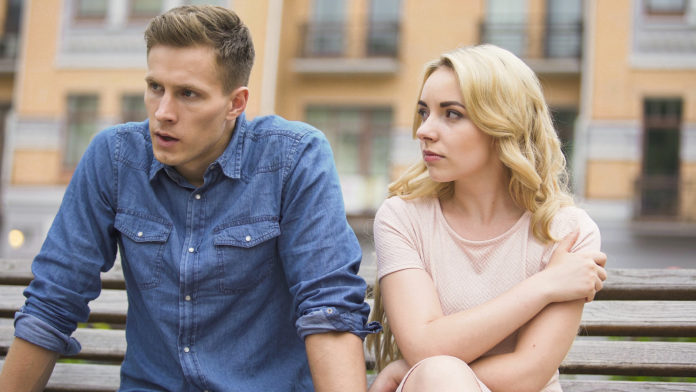 What Are Your Conflict Blocks?

Dealing with conflict in appropriate and positive ways is a learned trait. Typically, we’ll begin learning conflict management at about the same time we learn to talk and walk. You may not want to admit it, but you probably apply some of the same patterns your parents used when they dealt with conflict. It’s natural for you to simply pick them up through years of observation. For some of us who come from strong, stable families, this is a good thing. But for those who were raised in an environment where disagreements and arguments were handled poorly, you may have learned some defense mechanisms and poor patterns that block positive resolution. Below is a list of some of the blocks to healthy conflict resolution.

Busyness—Someone once said, “If the Devil won’t make you bad, he will make you busy.” An overcrowded schedule and overworked body can turn anyone into a coward when it comes to conflict. Let’s revisit the question we presented in the last chapter: “Is your overcrowded schedule destroying the tone of your relationship?” Your answer can have a direct correlation to how you handle (or mishandle) conflict. Here’s another good question to consider: “Is the pace of your life sustainable?” If your answer is no, then it’s time to be courageous and take the initiative and do whatever is necessary to adjust your priorities and stabilize your marriage. Busy people tend to be tense people, and that’s not a character quality that leads to good conflict resolution.

Gadgets—Comedian Will Ferrell once tweeted, “Before you get married ask yourself: is this the person you want to watch stare at their phone the rest of your life?” This is comical because it’s so close to the truth—it’s a real possibility.

What about you? Is your smartphone making you dumb? Has it become a technological leash that is getting more attention than your fiancé? There is compelling evidence that phones, computers, and tinkering on social media can not only trigger conflict but also become a block to good communication. If your gadgets are getting in the way of healthy dialogue, you may need to put yourself on gadget restriction or media time-out. In a previous generation we were warned that too much TV could stunt the health of a relationship. Today’s generation has diversified their media time

Avoidance—Many couples admit they will do almost anything to avoid conflict. Their goal with avoidance is hope related. They simply hope the problem will go away, but what typically results is the opposite. Not addressed, the problem expands and emerges with force. If you avoid, withdraw, deny, or aren’t willing to deal with a problem, it will come back at you even stronger. Avoidance can cause you or your partner to stockpile hurts and grievances. These feelings, simmering right below the surface of your emotions, can easily be triggered. Passive-aggressive behavior is really an immature avoidance technique that gets quite ugly. Stuffing your hurt and anger inside and hoping to manipulate others to make yourself feel better is an immature way of dealing with conflict. Trying to make your partner feel guilty while not sharing your true feelings won’t do anything to strengthen your marriage; it damages your relationship.

Negativity—As soon as you turn negative toward your spouse, healthy conflict resolution stops. It’s difficult to be in relationship with negative people, and they make conflict even more painful. Negativity causes the other person to go on the defensive. Negative people constantly criticize, and criticism stops intimacy. Contempt for one’s spouse ends up causing bitterness, resentment, and anger. From there, it’s just a short leap to detaching emotionally and withdrawing into our own world. Basically, we begin to live separate lives.

Assumed Mind Reading—Chances are good that your partner wants to please you and work through conflict in a positive manner. That’s a good thing, but it’s important to fully understand that you aren’t marrying a mind reader. In his book Marriage Makeover, Philip Wagner writes: “Too many couples act as if ‘hinting’ is a superior form of communication.”He challenges us to not speak “the language of hint.” This is common-sense relational wisdom, but so many couples expect their spouse to read their minds. As much as we wish our spouses could read our minds, they can’t. In a healthy marriage couples learn to clearly express their expectations while focusing on resolving the conflict. Unfortunately, real-life marriages are very different from the cinematic, idealized versions of love that we grew up imagining. People are complicated and messy and don’t always follow our cues and hints. If you make yourself vulnerable by clearly sharing what’s on your heart and mind, there is a very good chance your spouse will respond in kind and be more willing to find a positive compromise. Just don’t expect him or her to read your mind, and you won’t be disappointed.

Attack Mode—Nothing will inflame conflict like attacking your partner. Attacking appears in the forms of blaming, shaming, yelling, bringing up the past—all of these will trigger defensiveness, fear of disapproval, and feelings of rejection. The moment the attacking begins is the moment healthy communication stops. As you move toward marriage, it’s important to learn that some actions just never work—this is one of them. You will get mad in marriage. That’s normal.

Superiority Attitude—If one person in the relationship becomes the dictator (or boss), the relationship will head toward destruction. As long as you feel superior to your partner, you won’t resolve problems together. A dictator spouse can become scornful and harsh because he or she doesn’t see the other as an equal. A healthy marriage requires you to be committed to serving one another. Paul’s relationship advice in Ephesians 5:21 summarizes this beautifully: “Submit to one another out of reverence for Christ.” In a growing marriage, there is no room for superiority, but there is always room for emotional humility (or what Tim Keller calls emotional wealth, which is fundamentally an inner joy and confidence). To keep an attitude of superiority from becoming a block in your marriage, we encourage you to learn to walk humbly with God and with your partner. You will find it much easier to serve your spouse when you realize God is the One who is superior—not you.

Anger—Anger could fit in with almost all of the other blocks previously mentioned, but it definitely deserves its own place here. There is nothing wrong with anger as an emotion (as when it’s directed toward injustice). Anger isn’t sin. But sin appears when we display our anger with the intent to wound others. Anger is like adding fuel to the fire of conflict. Among other causes, anger can originate with unmet or blocked needs, trampled values, or unexpressed expectations.

There are really only three ways to handle anger: fight back, repress it, or deal with it. For a successful marriage, the only healthy way is to deal with anger. If you fight back by exploding, yelling, or becoming sarcastic, those reactions create a block and make the conflict more difficult to repair. Repressed anger only leads to withdrawal, which can cause both physical and relational health issues. The productive path you’ll want to take is to deal with conflict (without sinful anger) when it appears. A helpful way to learn to deal with your anger constructively is to ask yourself, “What is causing me to be so angry with her (or him) right now?” Don’t start with the other person. Start by looking in the mirror and reflecting deeply on where the anger originated. Remember: anger isn’t usually the problem; it’s how you deal with it that becomes the problem.

How you deal with these blocks will determine which conflict dance cycle you’ll experience. In a healthy marriage you can’t allow conflicts to go unresolved or they can spread like cancer and become deadly. Les and Leslie Parrott say that “unhandled conflict acts as a cancer that erodes the passion, intimacy, and commitment of marriage.” Obviously, that’s the last thing you want to happen.