HomeHappinessAfter 20 years of Marriage, We Have Hope For 20 More
Happiness

After 20 years of Marriage, We Have Hope For 20 More 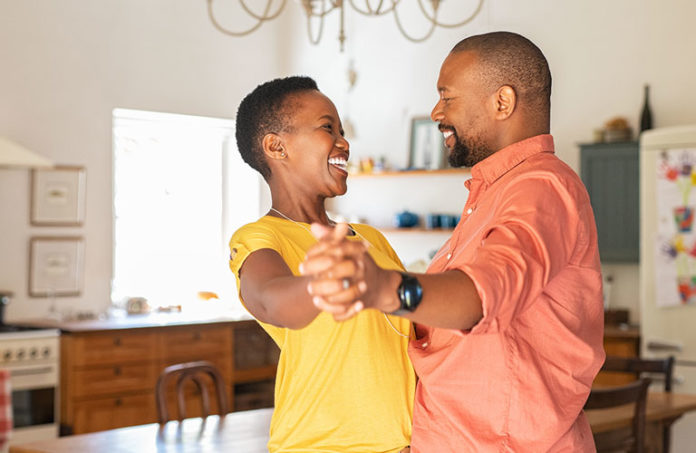 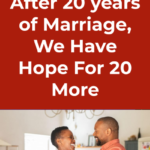 In seven months Kristen and I turn 20 years old in our marriage. our marriage is almost old enough to drink and we’re now old enough to vote. We hope to celebrate 20 years of marriage BIG, because let’s be honest—it’s a BIG win to make it 20 years in marriage. And by God’s grace we won’t just limp across the 20-year mark, we’ll run across it.

By no means do we have it all figured out, but we love each other and maybe even more rare, we still like each other. We recently spent almost 2 weeks apart since one of us (not me) just had COVID. I can’t remember a longer period of time when we’ve not slept in the same bed, kissed, or even hugged.

Still the Same and Crazy Different

For example, I’m still overweight, struggle with insecurity, and often seek to please man and woman over the Lord. I still battle the same sins now that I did 20 years ago. It’s frustrating and defeating at times. Kristen would say the same, although her sin struggles do not mirror mine.

On the other hand, we’re raising four godly young men. I’m on the frontlines of ministry helping couples thrive in their marriages. Perhaps best on my resume is my wife. I’m preparing her well for eternity (thank you, Francis & Lisa Chan), and doing all I can to present her “without stain or wrinkle or any other blemish, but holy and blameless” (Ephesians 5:27). God is changing me day by day, and I’m grateful. I don’t want to stay the same.

In their book The Meaning of Marriage: A Couple’s Devotional, Tim & Kathy Keller share the following:

“When marriage was seen as a public good, it was expected that being married would change the participants. Now that marriage is seen as primarily about private, individual happiness, it follows that many would insist their partner not demand any major alterations. But living in close quarters with any one is an infringement on one’s independence, and so any marriage must require massive changes to one’s life as well as the self-control and discipline to maintain them.”

Marriage is a gift and I want to allow God to use it to help me become more like Jesus. I hope we embrace change instead of resisting it.

Some friends celebrated six years of marriage a few weeks ago. For context, this couple met in their freshman year in college. I had the privilege of officiating their wedding in 2015. I love what the wife shared in a recent Instagram post:

“Yep. That’s 18-year-old us! Little did we know what a wild ride lay ahead – which only by the man upstairs – brought us to this past weekend. Celebrating our 6th Wedding Anniversary!

Our dear friends said it well – the hope IS to lose yourself. To become one. To be refined so we aren’t the same people we were when we got married.

In a culture that promotes a different narrative – here’s to “losing” even more of ourselves in the years to come! Here’s to less of ME and more of HIM. Let’s be spouses who spur each other on to become more like Christ, to live in His design, and to run the race set before us!

My friend Colleen said it so well. Less of ME, more of HIM. I’m grateful for all the changes that come from marriage. Gary Thomas famously asked, ‘What if God designed marriage more to make us holy than to make us happy?’ Do things right and you’ll find you can actually experience both along with a whole lot of change along the way. Quit resisting change—embrace it and grow in your marriage and relationship with Christ.

This article on 20 years of marriage originally appeared here, and is used by permission.