10 Bad Habits That Lead to an Unhappy Marriage 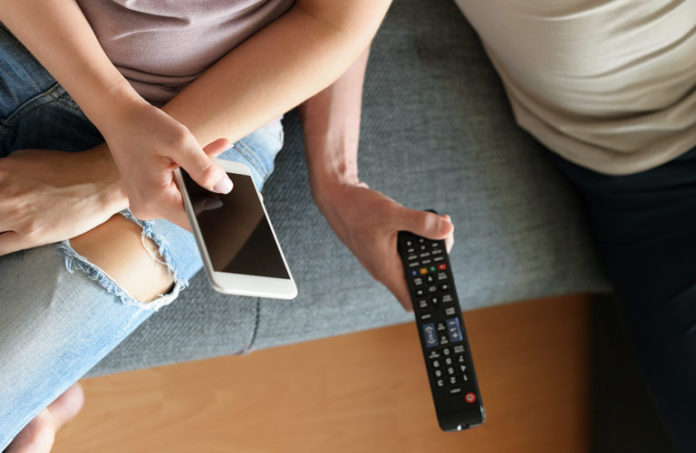 Let’s get this straight, we do not write from a position of getting marriage right. We make mistakes all the time and are constantly learning. In fact, we scored a 10 out of 10 on this list of things we did to each other than nearly ended our marriage. We hope you can learn from our mistakes and start today to reverse any of these habits you might have that lead to an unhappy marriage.

No one wants a spouse who doesn’t make effort to change and grow. We all are a work in progress and should create space in our lives to reflect on the areas that need growth. Write down personal goals and post them in the house or at your office. On your next date night, start making a list of dreams you’d like to accomplish in the next 6 months to 5 years.

Unhappy Marriage Habit #2: Be In Love With Your Phone & TV

Have you ever been talking to someone and they are scrolling through their phone or constantly looking over their shoulder at the TV? It feels terrible and makes you feel like they are disinterested in the conversation. In order to be less distracted, you have to put down your phone and be courageous enough to turn it off after a certain time of day. You need to limit how much television you watch and make your marriage a top priority. Be careful of ‘unlimited feeds’ like Instagram or Facebook because in reality…they’re a time suck for all of us.

Don’t stop pursuing hobbies and being active. Try new things, hang out with friends, get off of the couch and go make memories together. It’s easy to get in a routine but push yourself to break out of them and be adventurous. Plan new date nights that don’t include only going to the movies. Get active, find somewhere to serve alongside each other or take a road trip.

Unhappy Marriage Habit #4: Put Others Before Your Spouse

If you prioritize your friends, co-workers or family over your spouse, you are definitely going to have trouble at the home front. There can be no divided loyalties. When you got married and started your own family, that’s where your primary loyalty needs to be. Your spouse deserves your firsts, not your left overs. Your spouse’s opinions and ideas should always matter more than others.

This just in….no one has a perfect marriage and because all marriages struggle and have conflict, you cannot brush them under the carpet. Ignoring the issues is like packing the room with dynamite- it’s going to blow sometime! Good communication requires asking for what you want and not assuming that your spouse should just know. Learn to really listen to each other.

Unhappy Marriage Habit #6: Give Your Spouse the Silent Treatment

The silent treatment says you’ve quit on the relationship. You are no longer willing to work on resolving any conflict. It’s punishing, demeaning, and shaming. You’ve essentially created a defensive posture that allows nothing in or out. Be warned, this sort of tactic is a sure sign of an ailing relationship. This response typically comes from a place where the conflict has become so overwhelming, that your emotional self shuts down. While there is definitely a time to walk away for a moment and cool down, doing so cannot be to punish your spouse or stop them from being heard.

A surefire way to create emotional distance between you and your spouse is to create a wide chasm physically. Intimacy is the glue that holds couples together and sex should be on your to do list. And trust us, no one has ever said after an orgasm, “Well, that was a waste of time!” Are you too busy? Schedule it. Stop making excuses!

Unhappy Marriage Habit #8: Spend More Money Than What You Have

Money is always at the top of list of reasons for divorce. Debt is a terrible burden to put on the marriage. At its peak, we were close to $200K in debt. Our spending was out of control. Shoot, we even financed a vacuum!  This undisciplined spending will sink you. How do you get out? Get crazy serious about it. If it wasn’t tied dow… we sold it, bought junky cars (yes, very humiliating), ate on a mac n cheese diet… but after 2.5 years, we made it out on the other end debt free. It was glorious! Stop spending money you don’t have, get on a budget and only buy what you really need. It can be overwhelming at first, but you have to be on the same page when it comes to money. Plan budget meetings where you come to the table with income and expenses. They say- what you value is where you put your money.

Threatening divorce turns a fair fight into a dirty one.  Saying the “D” word is like dropping a nuclear bomb on the whole fight by simply killing everything in sight, including yourself. When you say this, where do you go from there? Why put in any more effort in the conversation or the relationship if the other person is packing their bags? The spouse who said the “D” word is either giving up or using it as a threat. This sort of dirty play puts your spouse in the position of being either the only one fighting for the marriage or feeling like “why bother” if you don’t really want to be married. Marriage can be hard and giving up verbally makes it even harder. Make a commitment to eliminate this from your vocabulary.

Sometimes couples avoid the hot-button topics, or keep secret something they think their partner won’t like. If you deep down know that you should be honest about the situation, you need to share it and not hold it in. Unfortunately, the longer you hold it in, the more anxious and guilty you become. Keeping secrets can lead to depression, stress, and eventually start eroding the foundation of your marriage. 100% intimacy cannot come without 100% transparency. The only secrets allowed in marriage are for birthday and anniversary presents!

To learn more about about the Castons and their work with couples, visit Marriage365.com.
Share
Facebook
Twitter
Pinterest
WhatsApp
Previous article
Sometimes Your Spouse Doesn’t Want Your Help. Here’s Why.
Next article
The 2nd Half of Marriage. Prepping for Life Post Kids.
Casey and Meygan Caston
For Casey and Meygan Caston, what started out as daily social media reminders about healthy marriage quickly led to writing, speaking, and coaching couples. The couple set out to create the first online premarital course called Happily Ever After, which gained national attention. The Castons nurture a thriving community of couples tuning into their monthly webcasts (and so much more!) at MyMarriage365, released a book series, and have sold 25,000+ copies in over 60 countries.
RELATED ARTICLES
Conflict