Where is God When You’re Marriage is Struggling? 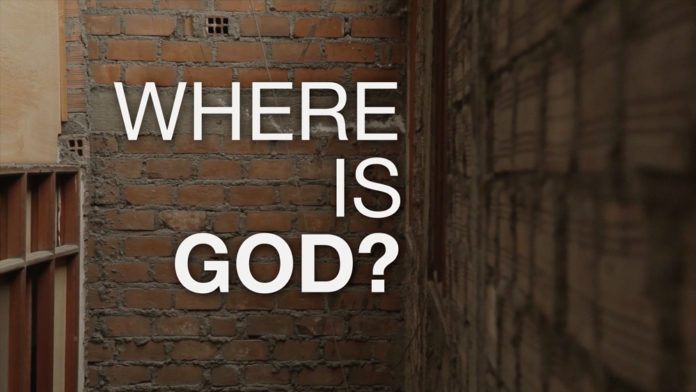 Today’s post is from the always amazing Gary Thomas. If you are in a season of life in your marriage where things are tough, then today’s post is for you. Also, is there anyone you  know who needs to hear Gary’s words?

After having escaped cruel and harsh punishment, pregnant without any support from the father of her child, Hagar felt helpless and alone. She didn’t have a single earthly friend. Grown up enslaved, she had been owned, ordered about, abused and forced to have sex with a man she didn’t love in order to bear a child for a woman who had contempt for her.

This is about as low as life gets. It might seem a bit strong to call what happened to Hagar “rape,” except for the fact that she had no possibility of refusing her master’s and mistress’s orders.

If you’ve been owned, raped, beaten and abandoned, it’s not surprising that you would come out of that experience not just thinking that the world isn’t fair, but that God isn’t fair. At the very least, you might think he is blind or unfeeling.

So it’s touching and moving and profound when God visits Hagar, assures her of His own protection and blessing, and this simple woman responds by naming God “El-Roi,” the God who sees (Genesis 16:13).

Just knowing that God saw her gave Hagar the strength to return to her abusive mistress. “God sees me,” she surely said to herself, “So even when I am not treated fairly, I’m not alone.” God essentially told Hagar that while people plotted to make her miserable, He had plans to bless her beyond all belief. She felt powerless and forgotten, but God promised her she would be remembered and the powerful ancestor of a people so numerous “they cannot be counted” (Gen. 16:10).

In the same way, God may not remove all our difficulties. He may ask us to persevere in a deplorable situation or marriage without promising that the evil people in our lives will suddenly change (I’m not suggesting physically or sexually abused women are called by God to stay in their homes—Hagar’s was a different time and a particular situation. When women can get away from evil and toxic treatment, they should get away). His only promise may be, “I see what’s going on and I have chosen to bless you in the midst of their cursing.”

Will we accept God’s promise of blessing even when it must come wrapped with the hatred and mistreatment of others?

William Gurnall, the seventeenth century Anglican clergyman who wrote the classic, The Christian in Complete Armor, helps bearing the cross sound a little more realistic when he urges believers not to look at the cross but to look at Jesus who bids us to bear the cross. The beauty of Jesus overwhelms the ugliness of the cross.

In fact, Gurnall surprisingly gets a little earthier than that. When God bids us to pick up the cross, we should have the same attitude as a lover taking us by the hand saying, “Come with me.” Our love for God should be so strong that we would rather follow Him into a painful situation than live in comfort without Him.

If it is necessary for us to persevere in a situation in which others disrespect us, take us for granted or just plain ignore us, looking on Jesus is our best form of self-defense. If I think, “How can they treat me that way?” I’ll start to hate them. If I think, “Why am I putting up with this?” I may start to hate myself. If I look to El-Roi, the God who sees, I’m able to either endure the mistreatment with a holy spirit or grow the courage to confront and leave it. Either way, it’ll be because I’m responding to the God who sees instead of reacting to the person who hates.

Perhaps more than in any age in history, today’s church is plagued with “fair weather followers,” utterly devoid of any notion of even looking at, much less carrying the cross. Yet Jesus made it as clear as possible when he said there is no Christianity without the cross: “Whoever wants to be my disciple must deny themselves and take up their cross daily and follow me” (Luke 9:23).

In spite of this clear instruction, modern believers frequently assume that they have a “special contract” with God obligating him to remove all opposition and hurt, based in part on the verse I hear misquoted and misapplied more than perhaps any other verse except for “Judge not lest you be not judged”: “For I know the plans I have for you,” declares the Lord, “plans to prosper you and not to harm you, plans to give you hope and a future” (Jer. 29:11).

Is the removal of all opposition and hurt a realistic request this side of eternity?

God’s blessings are so rich, personal obedience is so powerful a force in the Christian’s life, the joy of fellowship with God is so real and animating, that just knowing God chooses us, sees us and loves us dearly is all we need to keep moving forward.

Can you survive in a lonely marriage? Can you keep parenting a rebellious child? Can you find joy with an apathetic spouse? Is there freedom when your vocational situation feels oppressive? The answer is “yes” if you know God chose you, sees you and rewards those who remain faithful, and if you draw your worth and fulfillment from the fact that God has called you to do this rather than someone else is forcing you to do this.

Keep looking at Jesus, not at the cross.

The key to living in a world with toxic people is relating to worshipping, and spending time throughout the day finding your refuge in El-Roi, the God who sees.

How to Build Emotional Intimacy in Marriage

You Can’t Fulfill Your Promises, But God Can