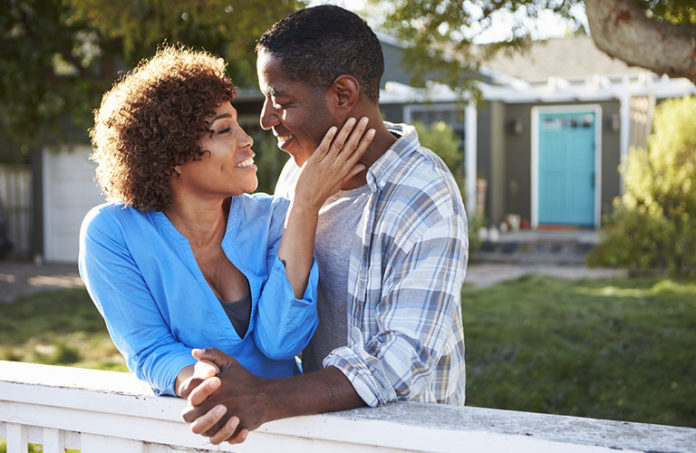 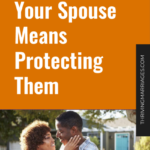 The first thing Carlos said when he walked into my office was, “I just want you to know I was here six minutes early. Rosa was late. I’m sorry.”

Rosa looked at her husband and said, “Thanks for throwing me under the bus.”

We had met several times before, so it was time to deal with this. “Carlos,” I said, “five years from now, you might not even remember my name. Tonight, you’ll go home with Rosa and I’ll go home to my wife, and neither of us will think about the other. The reason you threw Rosa under the bus is that you’re worried about what I’m thinking of you; you should be more concerned about what Rosa thinks of you. She’s the one you’re living with.”

“If you had said, ‘Look, Gary, I’m sorry we’re late,’ Rosa would have thought, ‘Wow; he protected me,’ and you’d have an entirely different experience at home tonight. Your job is to showcase Rosa because that’s who you’re going home with. It’s not to impress me. Focus on her.”

But then I had to speak to Rosa. Her tardiness had come up several times before and it was really bugging Carlos. His father had raised him to hate being late; it was a core value sunk deep into his DNA.

“Rosa, you know how you felt when Carlos threw you under the bus?”

“That’s how he feels every time you make him late to a meeting. He can’t not feel that way. He respects being on time. He hates—literally hates—being late. So when you make him late, he’s going to feel terrible. He can forgive you. He can learn to not throw you under the bus. But he can’t stop caring about being late. He just can’t. You protect him by working hard to be somewhere on time, and that means even giving yourself a little buffer.”

In her own way, Rosa was protecting herself instead of Carlos. Instead of caring what Carlos felt about being on time, she was more concerned about how she looked or getting a last-minute item done than protecting her husband and his reputation.

What was missing on both sides? Cherishing the other. Instead, they cherished themselves. Carlos cherished his reputation. Rosa cherished her desire to get one more thing done.

“Protecting” your spouse can be inferred from biblical passages that call us to put the interests of others above our own (Philippians 2:4) and Jesus describing the “greatest love” as laying down our life (reputation, welfare, livelihood) for someone else (John 15:13). Marriage can teach us to perfect this beautiful idea.

“Jerry” and his wife “Donna” were just getting to know me and Lisa after we had first moved to Houston. Lisa’s reputation as a whole-earth, low-sugar, local-foods, organic, non-GMO cook had preceded her, so when we invited someone over for dinner I made sure to go over the menu to make sure they’d be okay with it. In this case, I told Jerry Lisa was going to serve (locally farmed) lamb.

“That’s no problem,” I answered. “She has a backup chicken dish she was thinking about.”

Jerry’s response surprised me because he seemed liked the kind of guy who would eat anything. And as I got to know this couple better, I figured it out (especially when I heard Jerry, years later, refer to eating lamb): Donna was the one who didn’t like lamb, but Jerry didn’t want Lisa to think ill of Donna as we were just getting to know each other. He “took the bullet” and made it seem like he was the one who had a problem with it. My already high respect for Jerry grew even more. This was a man who had learned the art of protecting his wife.

I put this into practice more recently. The day Texas lifted their shelter-in-place order, my favorite restaurant in the world opened. A couple who knows us invited us (and offered to pay!). Lisa was a bit nervous about being out and about so early. We’ve done our best to practice sheltering in place, but it’s such a contentious issue that you’ve got the “you’re killing my grandma!” on one end of the spectrum if you even step out onto your porch, or “it’s all just a conspiracy and this is a big nothing burger” on the other. Lisa’s not politically contentious. If it’s about eating less sugar and more vegetables, she’ll argue as long as she has any breath left. If it’s political, she’s going to stay silent.

Read Next on Thriving Marriages  What Is Love? (and why are we so bad at it?)

Lisa made it clear to me that she didn’t want to be seen as “making a statement,” so she said, “Don’t mention this on Twitter, Facebook, or anything…”

“That’s fine,” I said. “I wasn’t planning on doing that anyway.”

Because this restaurant owner is a bit outspoken (I’m using that in a positive sense), a television station came to interview him and then wanted to talk to some patrons who were having lunch. When we were asked to be interviewed, I remembered Lisa’s reticence to not go public with this and said, “I’m sorry. We can’t. I’ve got to get back to the church.” I did need to get back to the church, but I’m not sure an additional fifteen minutes would have mattered. It was more about trying to honor Lisa’s desire to not engage in a public statement. (If you’re wondering about why I just outed her, she’s read this and approved it, as I’ve been able to offer the context and explanation. If you want to yell at or get into a disagreement with someone for eating lunch at a restaurant, say what you will about me in the comments below, but please leave Lisa out of it.)

Lisa thanked me for protecting her afterwards. When someone feels protected, they feel cherished. I would have loved to honor this restaurant couple’s request, as I have the highest respect for them. But I pledged before God to cherish Lisa, not them, so it was an easy call to make on the spot.

The danger of a post like this is that sometimes the call to protecting your spouse can be distorted as a demand to cover for them when they are in unrepentant sin, and that’s just plain wrong. If a husband is abusing his wife and wants her to “protect” his reputation by not telling anyone about it, he’s asking her to be complicit with his sin. That’s a distortion of what I’m talking about here.

If your wife or husband has an issue that they’re dealing with—they are in counseling, a support group, they are honest with you and “working the steps” or the equivalent program that they’re in, then yes, “protection” is appropriate in regards to other people who don’t need to know about it. If your spouse views “protection” as a cover for them to keep sinning in private without you being able to seek out help and counsel, he or she is distorting the biblical value of protection into unhealthy enabling. You are a Christ follower before you are a spouse, so you can’t go along with that.

You’ll notice in the three examples above, none talked about enabling or excusing sin. Your spouse’s reputation should matter more to you than to anyone. But their spiritual health before God should matter even more than their reputation.