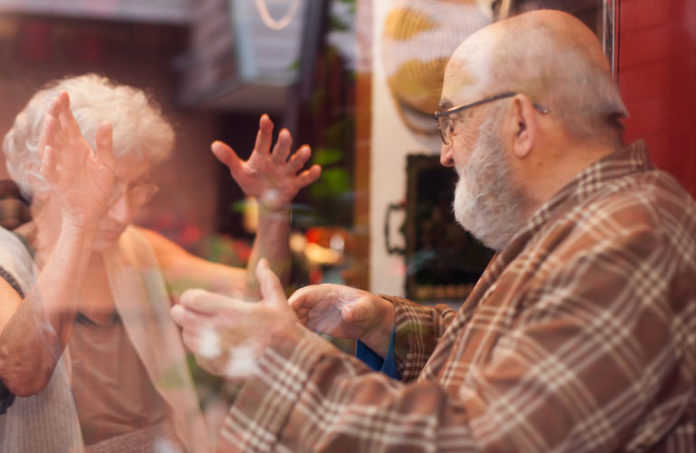 Today’s fantastic post comes from Grace and Graffiti. There’s a lot of great writing from someone looking at a decades long marriage, and it’s absolutely worth your time.

I sat on the very last row, an early arriver for the wedding; I’d only met the couple the night before; I was there because my husband was officiating.

I watched the groom casually stroll from the back of the room to take his place alongside my husband. They exchanged a few private words, smiling as they waited for the music to shift, signaling the start of the processional. Any moment, the doors would open and his beautiful bride would stand ready to join him, not only for the moment, but for life.

I bowed as my husband prayed over the ceremony and I was overwhelmed by the gravity of what would take place next. I knew that few in the room were aware of the throngs that were kept at bay by heavenly angels as these two would speak vows to one another before a holy God.

My mind wandered to the day forty-five years ago when my husband and I made the same journey, me on my father’s arm and he alongside our pastor. We met at the front of a room that is no longer a church, but that spot was and always will be sacred ground.

If we had known then what we know now, I’m not sure we would have had the courage to enter a covenant that flies in the face of the enemy. We stood before our pastor and about seventy-five friends and family and made promises that we couldn’t keep:

Read Next on Thriving Marriages  Are You Taking Your Low-Maintenance Spouse For Granted?

In the cool of an air-conditioned sanctuary, on a muggy Friday in July of 1972, we stepped into our story.

The humble ceremony and the small reception gave not even a nod to the epic battle we were walking into. I won’t deny that it’s hard. There have been times when I wanted to quit and I’m sure he’s been tempted as well.

We’ve recently been sharing our excitement over reaching a milestone anniversary and the prevailing comments are all summed up in a few words. “That’s a really long time.” Yes, it is.

If you are looking for a how to list or step by step guide to wedded bliss, you are going to be disappointed but after so many years, we have learned.

We fight hard for our home because we believe our lives depend on it. We are quietly passionate. There has never been a great deal of arguing or bickering in this marriage, but oh, there have been fights.

We go to our knees again and again for our family. When the enemy wanted him to give up over human failure I spread my body over his and declared the truth about who God says he is. He serves me in big ways and everyday small ways with complete joy.

We realize that our love story is not ours alone; it is set amid a war with a purpose far greater than our happiness. God longs to use our marriage to point people to Jesus. We have seen a glimpse into the value of what God is doing in our marriage, a glorious story of his faithfulness.

We know that love is costly; in fact, it costs everything. Our greatest example is God’s love demonstrated on the cross. We also enthusiastically agree it is worth it. As much as I loved that handsome groom on our wedding day, my love for him forty-five years later is so much richer and deeper. We choose again and again to honor, bless and serve one another per God’s best advice for life. “Be good friends who love deeply; practice playing second fiddle.” (Romans 12:10, The Message)

We believe that God is for our marriage. He has set the stage for romance, with beautiful beaches, stunning sunsets, music, and deep desire for one another. “You open your hand and satisfy the desires of every living thing.” (Psalm 145:16)

I expect there will be many more battles; we will worry too much over our daughters and grandchildren. Despite our good intentions, he will leave his clothes by the hamper and I will make us late and overreact about his driving.

I am looking forward to every new day with him, to every sunset he drives me to, to every doctor’s appointment I make when he wants to “wait and see”. We are finding more joy every day and I like to think the hardest days are behind us, but I know that is not likely.

Whatever the next decades bring, we are stronger because we have discovered that we have an enemy and he is not us.

Share
Facebook
Twitter
Pinterest
WhatsApp
Previous article
8 Conversation Starters for Married Couples to Use
Next article
50 Holiday Date Ideas
Joshua Peasehttps://tinyletter.com/joshuapease
Josh is a writer, pastor, and journalist passionate about discovering a more compelling vision of God's kingdom. You can read more of his work at joshuapease.co
RELATED ARTICLES
Commitment