The One Thing Most Couples Get Wrong About Date Night 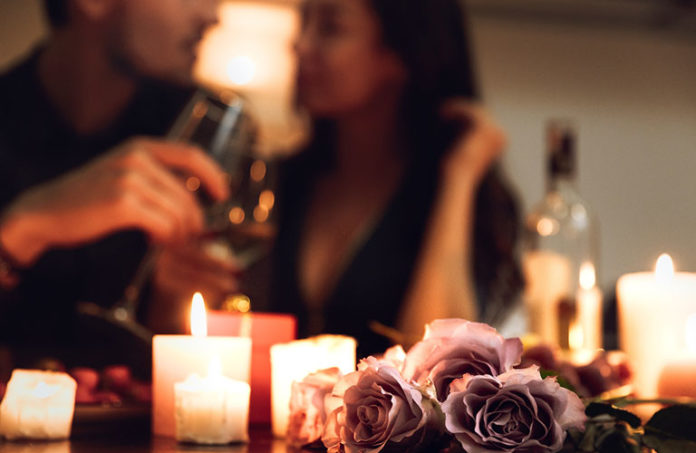 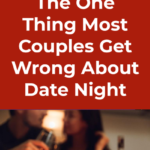 Before we were married, we were told by several couples that for our marriage to work, we needed one date night a week; one night away a month; and one week away a year. Does anyone actually do that? I don’t think we’ve done it our entire marriage. I want to talk about what we so often get wrong about this whole concept of date nights!

Sheila’s Marriage Moment: What most couples get wrong about date night

When you first met your now-husband, chances are you spent hours talking, nonstop. You’d go out to a restaurant and they’d almost have to force you to leave. You went for long walks, talking about your past, your future, your dreams, your fears.

And then we get married–and we think that we’re supposed to still want to talk for hours, nonstop. We’re supposed to want nothing more than to sit in a restaurant and have a long conversation.

When my daughter Rebecca was 16 she baby-sat for some good friends of ours who were doing the “date night” thing. They dutifully went out for dinner, and then realized the movie didn’t start for two hours. They struggled to stay at the restaurant, but eventually went over to a bookstore to kill some time. When they arrived at the theatre early to watch Inception, the guy promptly fell asleep. By the time he woke up he had no idea what was going on (seriously not a good movie to fall asleep during!). All through the movie he was tweeting out his confusion (as I watched in real time). WHAT WAS THIS SPINNING TOP THING?!?

A date night, when you’re just dating, is naturally going to be filled with conversation! You’re just learning everything about him, and you have so many details to share.

Once you’re married, though, you pretty much know almost everything. For pity’s sake, you likely even know when his last bowel movement was! The mystery is gone.

It’s perfectly okay, then–and in fact, it’s even preferable–if a married date night doesn’t look the same as that pre-married date night. Once you’re married, the main purpose is no longer learning about each other. It’s more to provide adventure and memories and camaraderie.

So instead of this idea that “we must have dinner out once a week”, try this: Let’s spend as much time as we can creating memories and doing something together. Let’s find some hobbies to do as a couple. Let’s go for more walks. Let’s share errands so we can spend time together. Let’s just be involved in each other’s lives so that conversation naturally happens while we’re building memories and closeness.

Date nights don’t have to be a big deal. Paint a bedroom together. Pile the babies in the car and go for a drive. Start playing a board game as a couple. Just do something. That’s the point once you’re married, and it’s okay if it’s not in a restaurant.

I’ve had such fun talking about how to reconnect with your husband this week!

And here’s the round-up of everything we’ve talked about:

How Do I Reconnect with My Spouse?
79 Hobbies You Can Do as a Couple
How Keith and I Are Learning to Ballroom Dance Online (with a video!)
9 Ways to Make Date Nights Stress Free

And now I want to invite you to take this one step further and actually DO something about it. So often we read something, and it seems like it makes sense, but we don’t actually apply it to our lives.

This article originally appeared here, and is used by permission.

Share
Facebook
Twitter
Pinterest
WhatsApp
Previous article
Husbands: God Doesn’t Want You to Change Your Wife
Next article
All Marriage is Difficult – Here’s Why
Sheila Wray Gregoirehttps://tolovehonorandvacuum.com/
Sheila Wray Gregoire has been married for 25 years and happily married for 20! She loves traveling around North America with her hubby in their RV, giving her signature "Girl Talk" about sex and marriage. Plus she knits (Even in line at the grocery store.) Shiela a speaker, a blogger, an award-winning author of nine books, and a wife and mom. She loves God, loves marriage, and loves her family.
RELATED ARTICLES
Communication