HomeCommitmentWhy You Should Join a Cult
Commitment

Why You Should Join a Cult 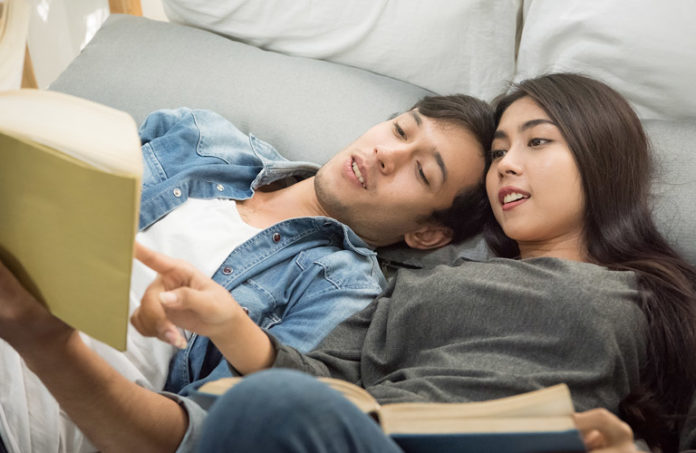 Neither my wife nor I am deaf. But I used to tell her that I wanted to learn sign language so we could communicate in public without other people knowing what we were saying (confession – I still have this desire). I realize this is ridiculous, but over time, I’ve come to understand better what I really want for our marriage: I want to be in a cult with my wife.

A cult is defined as “a particular system of religious worship, especially with reference to its rites and ceremonies.” Cults are powerful. In the 1950s, Jim Jones started the People’s Temple Cult. This cult so powerfully held the minds of its followers that in 1978, he convinced 918 of them to commit mass suicide by drinking cyanide-laced Kool-Aid. This is where the phrase “drink the Kool-Aid” comes from to indicate someone with an unquestioning devotion to a cause.

That’s obviously the negative expression thereof, but that same power of a cult can be brought to bear positively in our marriages if correctly applied.

Cults create a sense of togetherness and belonging among their members specifically through shared participation in rites and ceremonies that are either unknown or misunderstood by those not in the cult.

Some examples of this in our marriage include the following:

These don’t have to be extravagant or outlandish, but the more unique the ritual, the more powerful it will be in reinforcing a sense of togetherness between you and your spouse. I think of each of these little inside jokes or shared secret ritual as a little bit of glue holding your marriage together. This is not a foundational “you must do this or your marriage will fail!” concept, but over time, as you accumulate more and more glue, your marriage will become increasingly less likely to fail, or even suffer.

Read Next on Thriving Marriages  Think About It: Who You Focus On Is Who You Love

In essence, these glue-holding rituals reinforce the one-flesh relationship we see in Genesis 2:24-25:

“Therefore a man shall leave his father and his mother and hold fast to his wife, and they shall become one flesh. And the man and his wife were both naked and were not ashamed.”

In this passage, which is quoted several times in the New Testament, we see God’s pattern and design of marriage: leave, cleave/hold fast, and become one flesh. While God is the one who creates and causes the one flesh relationship, we can either work alongside the Spirit to strengthen this bond, or we can work against the Spirit. I recommend you choose the former and not the latter. These rituals help strengthen that marital bond you share with your spouse.

Another good example of this is language. Some sub-cultures (think Hispanics in the US) actually have a separate language. Some, like Millennials, only appear to have their own language. In marriage, the most common expression of this is an inside joke.

Cultivate a rich repertoire of inside jokes, slang, and phrases that only you and your spouse know. There’s a special, if small, feeling that you get in a group setting when your spouse makes a comment, then realizes that you are the only person who got the joke. Some call this making deposits in your “love bank.” It communicates, both to you and the group, “We have a unique history together and it is good.”

The more things you have in the category of “Things We Do Together That We Don’t Do With Anyone Else,” the better. Take inventory of your marriage and identify those things you already do that are unique to you. Then go and work to develop some more

Share
Facebook
Twitter
Pinterest
WhatsApp
Previous article
How to Avoid Relational Fatigue
Next article
How to Improve the “Offense and Defense” of Your Marriage
Joshua Peasehttps://tinyletter.com/joshuapease
Josh is a writer, pastor, and journalist passionate about discovering a more compelling vision of God's kingdom. You can read more of his work at joshuapease.co
RELATED ARTICLES
Commitment