The Harmful Myth About a Woman’s Libido 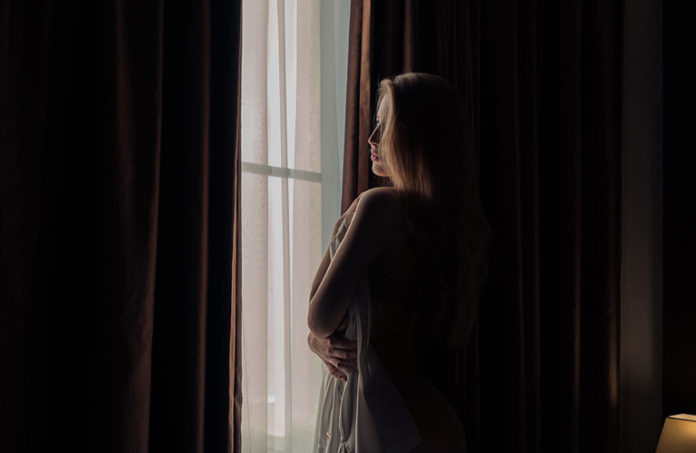 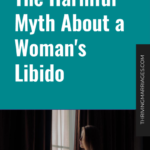 Personally, I think women’s libidos is largely in our heads. As in, what we think about libido determines our libido.

So what is it that we’re told to think?

Well, let’s do a comparison here.

Decades ago, boys took a lot of math and did most of the math jobs.

Now, I’m about to say something controversial here, but I just want to use this as an illustration, and I’m not trying to make a political point. So don’t get too mad, okay?

We do know, from population studies and tests, that males are marginally better at math than females overall (the bell curve for boys and math tends to be wider than for girls, meaning that there are marginally more male math geniuses, but also more male math dunces. But for both sexes, the vast majority fall in the middle). And individual females can certainly be better than individual males (just watch the awesome movie Hidden Figures. Seriously. It’s great.).

Therefore, we know that, if everything were left to pure biology and not to culture, in general men and women would perform pretty much equally at math. While the very few math geniuses would be more likely to be male, both men and women would do well at math, and could certainly have careers in math.

But what happened for decades, even centuries, was that girls were told, “you’re not good at math. You don’t like math.”

And so girls didn’t tend to take math. They took English. They took languages. They studied history and philosophy. And the boys took math.

It wasn’t that the girls weren’t good at math. They just weren’t interested in math. They didn’t see math as important to them. They believed that they couldn’t “get” math. And so they left it alone.

Then we started talking differently about math to girls. We told girls, “you can do math! Math is fun!”

When they came out with a Barbie a few years ago that said, “Math is hard!”, education heads exploded all over the world, and the Barbie was quickly recalled. Girls started to believe, “math is for me, too!” And more and more girls take math today.

Biologically, that’s the correct message. Sure, there may be marginally more male math super-geniuses, but in general, girls are just as good at math. Yet if we had simply continued to talk about math as if it were only for boys, would girls be taking math today? (I understand there are still more boys than girls in STEM, but it is changing).

Now, let’s leave math for a second and turn back to libido. The overlapping bell curves with libido are more pronounced than with math–men, biologically, do tend to have higher libidos than women. (With math, there’s much closer overlap). However, that doesn’t mean that women don’t have libidos! It just means that in population studies, worldwide, women don’t tend to have as high a libido as men do.

But just because men have higher libidos in general, that doesn’t mean that women don’t have libidos.

However, how have we talked about libido?

We talk as if it’s all or nothing–men want sex and women don’t. Best-selling marriage books like Love & Respect talk about sex as being only about a husband’s physical release, and don’t even mention a wife wanting sex. Doesn’t even come into play one iota. Women’s libidos are completely ignored.

What is the effect of ignoring of women’s libidos on women’s actual libidos?

Like with math, if women grow up hearing, “Men want sex but women don’t,” how will women tend to think of themselves?

I’m a woman, so I don’t really want sex or like sex. I certainly don’t need sex.

Is it any wonder that many women suffer from low libido?

​And what has the response been from those writing about sex and marriage?

They simply reinforce the stereotype, which makes everything worse.

I was browsing through the book His Needs, Her Needs recently, which has been another best-selling marriage book for almost three decades now. It says, very clearly, that for men sex is a felt need, while for women it is not. It talks about how men just need sex more than women do, and how most women could take it or leave it. In his book, the “first thing she can’t do without” is affection, and the “first thing he can’t do without” is sex. Now, I do believe that for most women, affection is by far the greater felt need than sex, and for most men, sex is the greater felt need. However, to frame sex as being a man’s need, and not a woman’s need, just reinforces this whole problem. That’s why, in The Good Girl’s Guide to Great Sex, I explained in detail the benefits of sex for the woman, and why we need to make more of an effort–not just for his sake, but for our sake, too!

Read Next on Thriving Marriages  Date Nights At Home -- It's a Thing!

Even though Willard Harley, the author of His Needs, Her Needs, spent a long time telling couples how to make sure she’s physically satisfied, the reason given for this was not even for her benefit! It was for the husband’s benefit. He ends the chapter saying this:

Many women don’t understand their own sexuality well enough to know how to enjoy meeting a husband’s compelling need for sex. In order to satisfy her husband sexually a wife must also feel satisfied.

His Needs, Her Needs

So her satisfaction is still ultimately about him. Does anyone else find that odd?

Is it healthy to downplay women’s libidos if you want Christian marriages to thrive?

But if libido for women is largely determined by how we think about sex, then how does reinforcing this “men want sex but women don’t” message help marriages?

When educators realized that girls weren’t going into math, despite most girls having great propensity for math, they did something about it. They started talking about math as something that girls could enjoy and master, too. They didn’t reinforce a negative stereotype; they worked to break it.

Why, in the Christian world, do we instead reinforce a stereotype about libido that does nobody any good?

Why don’t we simply talk about sex the way that it was intended–where it would be part of an intimate, passionate relationship that satisfied both people in the marriage?

A guy named Scott left an interesting comment on the blog a while ago. This is part of what he said:

My wife has read a ton of “romance novels”, and for a while I just assumed the problem was that I can’t compete against the likes of Jamie Fraser [from the Outlander books] (because I can’t, seriously). Instead, I think the bigger problem is my wife comparing herself to Claire Fraser and assuming herself to be broken/not sexual!

I think he’s spot on. This is less a comment on Outlander (and it’s not an endorsement of Outlander), but continuing with his thought: in the books, Claire is highly sexual. She wants sex as much as her husband does, and she enjoys sex. Women reading this can feel demoralized in their sex lives–not because their husband isn’t a Scottish 18th century hunk, but because they don’t picture themselves as sexual.

Many women simply think that we aren’t sexual beings, and Christian books and speakers need to stop reinforcing this.

Yes, more men than women consider sex a felt need. Yes, more men than women have higher sex drives. But that does not mean that women aren’t sexual at all, or that we don’t have libidos; and it also doesn’t mean that we can’t talk about the issue in a more biblical, mutual way. And if you’re struggling with this, my Boost Your Libido course can help!

Let’s stop reinforcing a stereotype that hurts everyone, and let’s start calling out how God actually created us.

Girls can be good at math just like boys, and women can enjoy sex just like men can. Personally, I think the reason Outlander was such a huge success (again, not an endorsement) is not because Jamie was hunky but because women desperately, desperately want to be like Claire. So let’s show women that they can be! Let’s talk about that as if it’s the norm. Let’s help girls grow up expecting that they will enjoy sex and like sex, rather than talking about sex as being all for men, and men as being all about lust, and women as being all about temptresses. Women aren’t the gatekeepers of men’s sexuality; women have sexuality, too! And if we talked about that, I think we’d do a lot better, for everyone.

What do you think? Is this “men need sex but women don’t” the message you grew up hearing? What effect did that have on you? Have you read other books that reinforced this message? Let’s talk in the comments!